The death of Jeannetta Riley

what went wrong and how can we do better?

At around 9 p.m. almost a year ago, Shane Riley brought his wife, Jeanetta Riley, to Bonner General Health. Minutes later, she was dead, gunned down by Sandpoint Police officers. 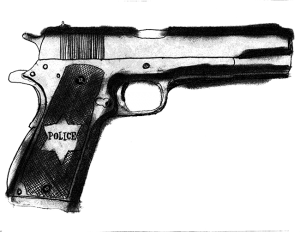 Those are the are the facts of the July 8, 2014, incident. But those facts provoked remarkably different reactions from North Idaho communities. Public officials in Bonner and Kootenai counties argue the shooting was a justified use of police force.

“The initial public response to the incident was mixed with a vocal minority being very critical of the police,” said Mayor Carrie Logan. “Once the investigation had been completed and we were able to fully release the information, there has been a lot of support for the Sandpoint Police Department with continued criticism by a vocal minority.”

That “vocal minority” decry what they see as an impulsive act of violence against a physically small woman armed only with a knife.

“They had no plan,” said Dan Mimmack, a resident who has planned several community memorials for Riley. “That’s the part that bothers me most: This was so un-Sandpoint-like. This had no sense of who we are as a community—it was brutally harsh.”

Coincidentally, the schism in Sandpoint was only a prelude to a national debate over police violence. The July 17 choking death of Eric Garner by police in New York City and the Aug. 9 police shooting of Michael Brown in Ferguson, Mo., in 2014, followed by the April 12 death of Freddie Gray while in police custody in Baltimore, Md., inflamed increased scrutiny on police departments. Critics cited these incidents as evident of a reckless disregard for human life among certain officers entrusted with a high degree of authority.

The incidents that spurred the national conversation were inflamed by the the fact that in each case, the victim represented a minority or underrepresented group—in those cases, race. While racial motivations haven’t been cited as a factor in Riley’s case, she did have one characteristic that statistically increased her likelihood of a violent death: a history of mental illness.

The misunderstanding of mental illness 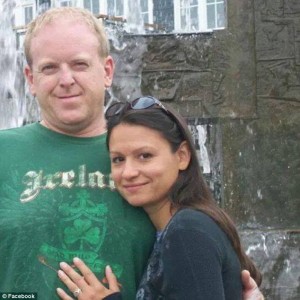 With the recent mass shooting at Emanuel African Methodist Episcopal Church in Charleston, S.C., mental health issues are once again a subject of national conversation. This time, the debate is centered on whether alleged perpetrator Dylann Roof suffered from mental illness or simply acted out of racial hatred.

However, most mental health experts agree that mentally ill individuals are far more likely to be victims—not agents—of violence. A statement from the American Psychiatric Association, published in 1994, indicates that “research has shown that the vast majority of people who are violent do not suffer from mental illnesses.”

This is backed by the Institute of Medicine, which concluded in 2006 that “although studies suggest a link between mental illnesses and violence, the contribution of people with mental illnesses to overall rates of violence is small,” and “the magnitude of the relationship is greatly exaggerated in the minds of the general population.”

Both Hollywood and the mass news media, on the other hand, perpetuate an image of mentally ill people as a danger to society. For instance, a survey for the Screen Actors Guild found that mentally ill characters were portrayed among the most dangerous of demographics, with 60 percent involved in crime or violence.

Video still from the shooting incident. Courtesy of YouTube.

According to an article published by The Guardian in April, Riley’s appointment with tragedy built throughout the day, finally reaching a boiling point in the parking lot of Bonner General Health. Already upset by marital bickering, Riley—an individual with a history of alcohol and methamphetamine abuse—consumed half a bottle of vodka earlier in the day. When she confronted police officers Michael Valenzuela, Skylar Ziegler and  Garrett Johnson at Bonner General Health that evening, she was confrontational, telling them to, “Bring it on.” Seconds later, after instructing her to stand down, Valenzuela and Ziegler opened fire.

In November, the Kootenai County Prosecutor Barry McHugh formerly cleared the officers of any wrongdoing, saying the shooting was justified. Some local organizations agreed with the ruling. The Bonner County Human Rights Task Force, for instance, concluded that Jeanetta Riley’s human rights weren’t violated in the incident.

“The board of directors, on behalf of all its members, decries the fatal shooting of Jeanetta Riley by Sandpoint Police Department officers on July 8 and the recent conclusion of the Kootenai County Prosecutor that the action of the officers was ‘justified,” NAMI Far North president Amber Snoddy wrote in a public statement later published in the Bonner County Daily Bee.

In that same statement, Snoddy laid responsibility for the shooting on North Idaho’s “woefully deficient local care for individuals living with mental illnesses.”

Members’ criticisms of public officials would not go without consequences. According to Bonner County Sheriff Daryl Wheeler, when local law enforcement entities planned their 2015 crisis intervention training courses, they choose to end their partnership with NAMI Far North on the program.
A path forward
With contentious issues like the Riley shooting, it can be just as difficult to pinpoint solutions as it can in urban areas, where class and race discord are often more pronounced. According to Logan, the city is continuing its crisis intervention training efforts, which began in 2012 and has resulted in nine trained officers.

“The last session held in March and facilitated by Bonner County Sheriff’s Department and Region I Mental Health resulted in an additional three Sandpoint PD officers being trained,” she said.

“Since the incident, our officers have been training in ground techniques, have developed protocols to designate the level of response and are proactive with the use of non-lethal methods as reflected by additional taser training,” Logan continued.

On the national level, journalists and social activists  are also calling for more detailed data on the demographics and circumstances behind officer-involved shootings. The lack of solid numbers in these cases is a problem that’s even prompted comment from FBI Director James Comey.

“Demographic data regarding officer-involved shootings is not consistently reported to us through our Uniform Crime Reporting Program,” he said in a speech this February. “Because reporting is voluntary, our data is incomplete and therefore, in the aggregate, unreliable.”

Indeed, data collection is a general problem when it comes to improve police-citizenry relations, according to American Civil Liberties Union of Idaho executive director Leo Morales. That’s why the ACLU is recommending that police departments make body cameras standard equipment for any officer engaging with the public.

“We see this as a win-win for community members as well as law enforcement,” Morales said. “It will provide proof in situations where there is no excessive force by law enforcement.”

Morales sees it as a worthwhile measure considering the power a community entrusts in law enforcement, a reality that’s just as relevant in rural Idaho as it is in New York City.

“When a government is given tremendous authority, it must also take great measures to ensure individual rights are preserved,” he said. “[This shooting] should be a lesson for the government there that it can do better in the future.”