Plight of the Holy Broke 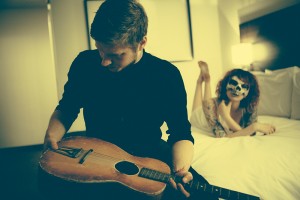 Kent Ueland knows a thing or two about loss. After fronting the popular and rising band the Terrible Buttons for five years, the band fell apart. Among the casualties was his relationship with his girlfriend, which sent him into a tough patch.

Out of the ashes, Ueland began a solo project called “The Holy Broke.” The origins of the name lie within the same realm as his raw, honest songwriting: pain and reward.

“The most obvious [reason for the name] is that I don’t have any money,” he said. “But it’s also the idea that something has wholly been broken in me, losing a band and a relationship. There was something I held very dear, and the bottom fell out. Also there’s the whole absence of holiness … it’s a choose your own adventure kind of thing.”

Ueland, coming off a long solo tour around the country, is opening for John Craigie at the Panida Theater Saturday, June 27. The gig marks the beginning of a new tour eventually taking him into the Midwest to record his next album. He has found that life on the road as a solo artist differs remarkably than with a band of seven people.

“I used to be touring with my six best friends in the whole world,” he said. “You were never lonely or bored. You bring the party with you. Now, after my longest run of three-and-a-half months on tour, just me in a car, there were a lot of challenges that come along with that. It was lonely. I talked to myself a lot.”

However, even a realist like Ueland recognizes the bright linings behind all tragedies.

“The money is better,” he said. “One guy versus seven. It’s allowed me to quit my jobs and just do music.”

Ueland’s latest album, “Do It Yourself,” implies the nature of his new reality. The songs are very personal and full of emotion that he didn’t often have the chance to utilize while writing songs for the Terrible Buttons. 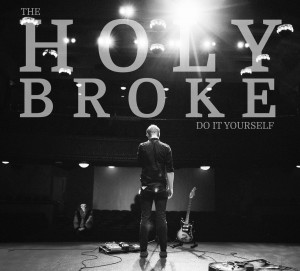 “Do It Yourself” by the Holy Broke.

“I’m not a very outwardly emotional dude,” he said. “I always have a smile on my face and try to be the funny guy, so I’ve always used my music as an outlet for emotional stuff I’d rather not deal with in real life.”
Catch Kent Ueland as the opener for John Craigie this Saturday, June 27 at 8 p.m. Tickets are available at Eichardt’s Pub, Eve’s Leaves and online at www.panida.org.