The original suit surrounding The Festival at Sandpoint’s weapons ban saw some action Aug. 25, as counsel for both Bonner County and the city of Sandpoint presented oral arguments regarding the city’s motion for summary judgment based on what it sees as lack of standing on the part of the county.

Kootenai County District Court Judge Lansing L. Haynes said he would issue a written decision on the issue of standing “as quickly” as he can, as well as on the ripeness or mootness of the case, seeing as The Festival was canceled in 2020 and the city has not yet granted The Festival a lease for 2021.

Amy Clemmons, a lawyer with Davillier Law Group representing Bonner County in the case, highlighted the urgent need for a coordinated law enforcement response to the “affray” the county argues will inevitably happen should the court not rule on the legality of banning guns on public property prior to the next Festival. Sheriff Daryl Wheeler shared in a declaration filed July 24 that his department was planning specialized crowd control training and had already incurred costs to purchase shields and batons in anticipation of a 250-person protest planned outside the Festival gates. 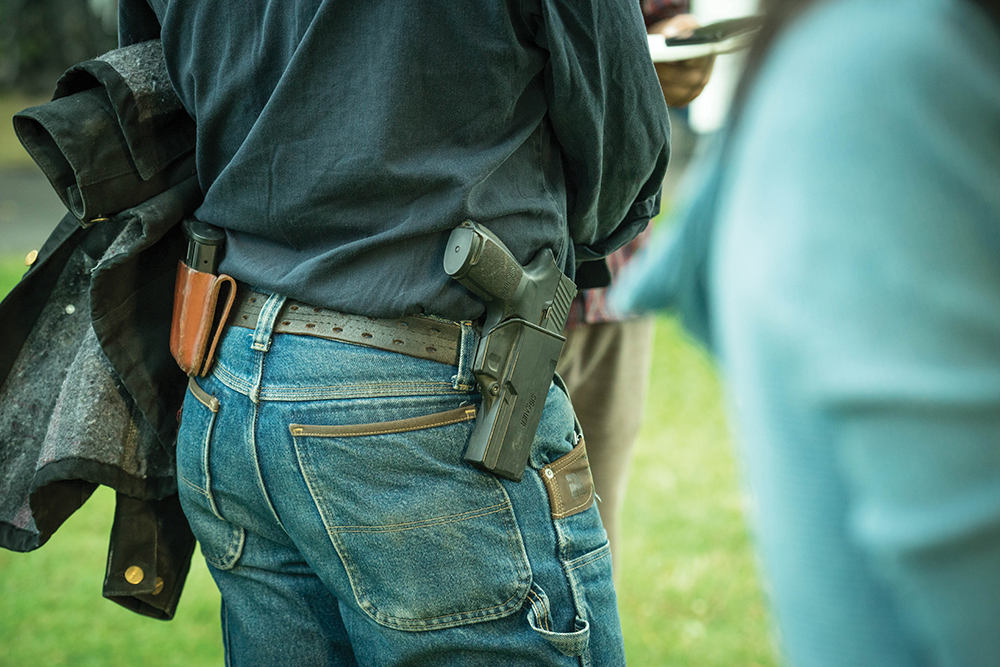 Haynes asked whether the same preparations would have to be made should the court rule in favor of the county and anti-Second Amendment activists stage a large protest.

“It sounds to me like the plaintiffs better be gearing up for a possible demonstration either way,” he said.

Erbland noted that law enforcement officials are trained to respond to criminal activity, “not to leases, not to festivals, not to the decision of a private party to not allow guns in.”

“They respond to people who break the law, and nowhere has the city agreed that it is not prepared to deal with people who break the law within the city of Sandpoint. In fact, it is their statutory duty, and they do it,” he said. “The only one that I hear says that they’re not prepared to deal with people breaking the law is the sheriff, and I’m really surprised, because he’s a competent sheriff.”

Erbland said he worried that the discourse surrounding a protest-turned-violent affray would deter people from practicing their constitutional rights.

“These arguments that there’s this black cloud rolling in and there’s going to be this thunderstorm of a riot — and you need to do something about it, Your Honor, nobody else can — you know what that argument is, really? It creates a chilling effect of prior restraint on the rights of people under the First Amendment of the Constitution to actually assemble and speak, because now we have this vision of shields and batons,” Erbland said. “What kind of image is that in Sandpoint, Idaho?”

Haynes also presided over a status conference Aug. 25 in the case of Scott Herndon et. al. v. City of Sandpoint, in which two private citizens who attempted to enter The Festival with guns in 2019 — along with two gun rights lobbyist groups — are also challenging the weapons ban at War Memorial Field.

A three-day trial for the Herndon case is scheduled to begin Feb. 24, 2021 at 9 a.m. at the Bonner County Courthouse.