By David Ledford
Special to the Reader

When some former journalists tell stories of their lives, the narratives often brim with bravado, journalistic conquest and self applause.

Mindy Cameron enjoyed a successful career, which ended as editorial page editor of The Seattle Times before she and her husband, Bill Berg, moved to Sandpoint. She wisely avoids journalistic war stories in her memoir Leaving the Boys.

Cameron finds herself as the feminist movement washes across America. While trapped in an uninspiring marriage, she pursues a career in the news business –– even if it means heartbreak and sacrifices not only for herself but her two children. A new love helps shape personal and professional decisions, some of which leave her with regrets. 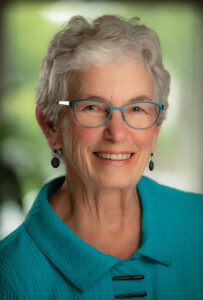 “Women have always left their children, but it’s usually out of desperation –– abuse, depression, poverty,” Cameron writes. “As a young woman in Boise, I was not desperate; I was determined to change my life.”

Cameron’s resolve to avoid settling for an ordinary life, and to work her way through the reporting ranks and into newsroom leadership, makes clear the issues women faced in the 1970s and ’80s, when men were more likely to get the best jobs and the bigger paychecks.

In Boise, she inquired why a male colleague earned more than female staffer doing similar work. The top editor explained, “‘He has a family to support.’”

“The instant I realized that being a woman was an excuse for a lower paycheck was the moment I became a feminist,” Cameron writes.

The story unfolds with little boys pausing play with Matchbox cars to say goodbye to their mother. Cameron leaves them and their dad in Idaho and moves to a Northeastern city and a new career opportunity, following the man she had come to love. She stays in touch with the boys and arranges financial assistance for their care. Still, worry never leaves her.

Cameron earned a Masters of Fine Arts in creative writing while pulling together threads of this project, and the discipline from that effort helped her put a shine on the story. Her prose is clear and succinct, as one would expect of a good journalist. But the style of Leaving the Boys is more akin to fiction than traditional reporting. 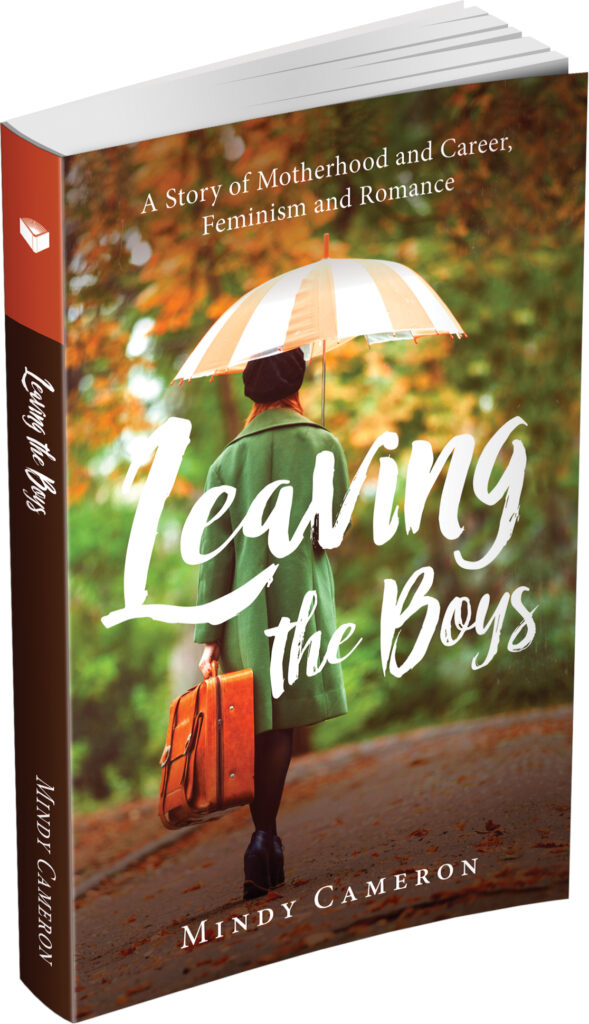 The narrative moves quickly through key moments in Cameron’s childhood, her college days and her career to help readers see the challenges she faced and how she chose to resolve them. Her search for a first job in journalism, for example, is put on hold by an unplanned pregnancy. She gets married, but the union feels more like dry obligation than lasting love.

Cameron ultimately moves to end the relationship, and she is excited about leading a fuller life –– but is plagued with doubt about leaving the boys.

In most families of divorced parents, children live with their mothers –– and visit their fathers on holidays and during summer vacations. Cameron engineers a role reversal of this trend. She helps the boys overcome obstacles and is always a phone call away when one of the two isn’t with her.

Yet as the youngest boy matures, she writes, “I liked the warm, witty, and sensitive person he was becoming. To this day, however, recalling memories of life as Tim’s mother is hard for me, and it is the hardest part of writing this story. There are countless moments of joy, but they all rest on a thin layer of guilt, like an interior residue of the soul.”

Leaving the Boys helps readers see choices made by a determined young woman angling for self-fulfillment; a woman who later questions whether her rationalizations to achieve balance in the career-motherhood equation of life brings harm to her children and herself.

It takes courage for a naturally private person like Cameron to publicly turn over stones in her stream of life. And those who read this book will gain insight on how women navigate fields largely run by men.

Leaving the Boys can be ordered through your favorite bookstore, and is available on Amazon in print or Kindle formats.

David Ledford is a former reporter at The Spokesman Review, and served as a senior editor at six newspapers, including The Daily News in Moscow and Pullman and The Salt Lake Tribune. He retired as executive editor of The News Journal, Delaware’s statewide newspaper. He lives with his spouse, Irene, in Bonner County.