TV moms got nothing on the real thing

A significant portion of my formative years were spent watching television families. As a child whose parents both worked full time to ensure my two sisters and I were able to participate in extracurricular activities and live somewhat normal lives here in North Idaho, after-school times were often spent in front of a 400-pound tube television that served as the sixth member of our family.

Compared to modern flat-screens, this wooden behemoth resembled a Soviet moon lander, complete with mysterious boxes, lights and dials on top to control the dish out by our chicken coop. Nobody except my dad ever learned how to control the system, and even he had to give up sometimes when all he could pull up was a German-language soap opera. 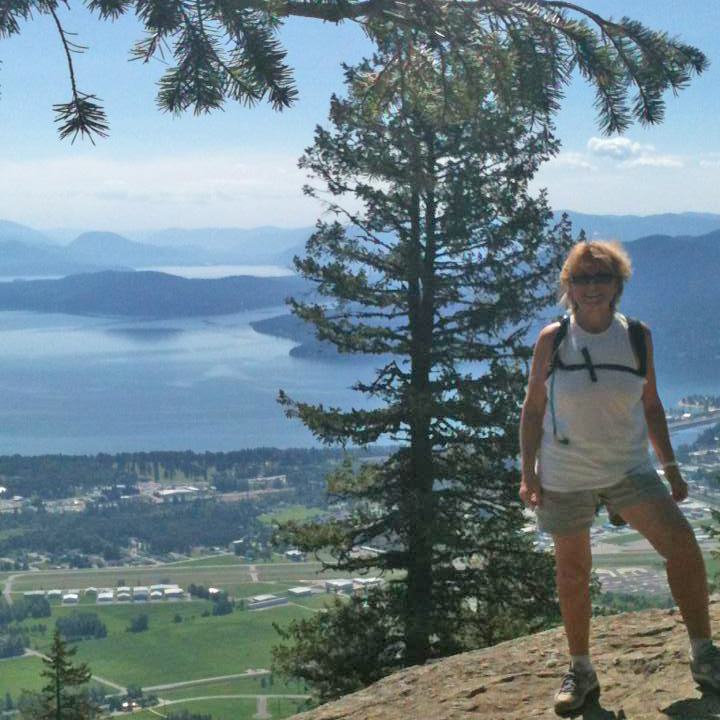 He generated huge lists in his neat handwriting and taped them on the dish receiver, explaining in detailed language how to dial up channels like MTV and Nickelodeon for us kids to watch when we were home alone after school and before our parents got off work.

From time to time, we’d end up watching Nick at Night, which played old ’50s and ’60s TV sitcoms like Mr. Ed, I Dream of Jeannie, The Andy Griffith Show and the rest. While my friends watched Saved by the Bell and Full House when they came home from school, I tended to entertain myself with these quaint black-and-white shows from another era.

That’s when I was introduced to TV moms like Laura Petrie on The Dick Van Dyke Show. Played by a young Mary Tyler Moore, Petrie was quite hip for her time. Like many matriarchs of her era, Petrie was a stay-at-home mom, but this mom dabbled in feminism, spoke her mind freely and — gasp — wore tight-fitting capri pants when most moms still rocked ankle skirts and dresses.

In Donna Reed, the titular actress played Donna Stone, a middle-class housewife and mother of two teenage children. While many of the 1950s-’60s era mothers on television usually served as supporting roles for the patriarch, in Donna Reed, Donna was the center of the show. She was a strong woman who managed the household and her children’s activities with an expert hand.

Caroline Ingalls in Little House on the Prairie was another highlight. Played by Karen Grassle, Caroline was always up to the challenges that life on the frontier presented. Whatever struggles the family endured along the way — and there were plenty — Caroline never complained and always seemed to react with gratitude.

Finally, I’d be remiss if I didn’t mention Florence Henderson’s Carol Brady on The Brady Bunch, who has become one of the most iconic moms in television history. She treated her three stepsons like they were her own, was always a fount of wisdom and very active in her community. The children were allowed room to make mistakes and learn from them. Plus, her groovy ’60s wardrobe was hilariously stylish.

These TV moms welcomed me home from school several days a week, instilling in me their own unique values as ideal “mom characteristics.” When our parents arrived home after their long days working — mom at Bonner General, dad at the post office — it was then time to compare these fictionalized characters with the real thing. No matter how cool the TV moms were, they never matched up to the real McCoy.

In fact, my mom blows all these TV moms right out of the water. I can trace back so many good habits directly to her.

My mom always made a point to convince us to stay active and get outside, taking us cross-country skiing and hiking on a regular basis. She was very involved in organizing “volksmarches,” which is a form of non-competitive fitness walking that was popular in the 1980s and ’90s. Dozens of people from all over the region would gather in their funky clothes and walking sticks to trek on a loop she and other volunteers had established, all to collect a little hat pin and share time with their friends.

I can’t tell you how many times I walked along with my mom, handing her marking ribbons so she could plan the routes. Health was always a priority for my mom. To this day, she still walks several miles daily.

In high school, I began getting into trouble here and there. Sometimes it was comical. Other times it was downright stupid. It was usually my mom who was there to pick me up when I fell, giving me tough love when I needed it or a shoulder to cry on when I needed that.

My relationship with my mom got even better when I moved out and went to college. In fact, the older we both get, the more I cherish her strength of character, her unfailing optimism, and her conviction for core human rights and principles. My only wish is that I had more free time to see her instead of just calling.

Whenever I travel, the first person I call when returning home is always my mom. Not only does she genuinely want to hear about my travels, but she will always worry when one of her children is off in the world without a safety net. That never goes away, no matter if her “baby” is in his early 40s.

I learned to treat people equally from my mom. I learned to take care of my health from my mom. I learned from my mom how to make chicken and dumplings, sew a rip in my jeans and find the bright side in any predicament. She is every bit as hip as Laura Petrie, more beautiful than Carol Brady and just as classy as Donna Stone. I truly don’t know where I’d be in this world without her in my life — once as the all-knowing mother figure guiding me along the right path, but now also as a friend.

Happy Mother’s Day, mom! Thanks for giving me life and then making sure it was filled to the brim.