Benefits of a second rail bridge are unclear

Optimization is important to the sustainability of any industry. Transportation by rail is no exception. However, the benefits gained by working efficiently should be balanced against the costs and risks imposed by implementing new methods. 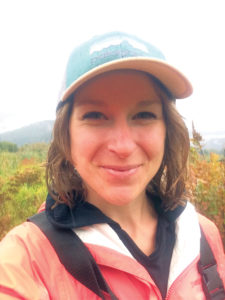 It is unclear whether the benefits of the proposed BNSF second rail bridge will outweigh the costs and risks to the health of people, the economy, and the environment in Bonner County. For this reason, the U.S. Coast Guard should require an Environmental Impact Statement as its NEPA-required environmental review so that concerns brought up by our community can be assessed. A sufficient cost-benefit analysis cannot be performed until we have a complete understanding of the risks associated with a project of this magnitude and scope. Lake Pend Oreille Waterkeeper believes this is a reasonable ask of the permitting agency and some of our concerns include the following:

BNSF alleges the project will reduce rail congestion. In theory, this should also reduce the wait time for vehicles sitting at crossings. However, BNSF has not yet provided evidence to support this claim, especially given the lack of underpasses or overpasses in this area. Rather, considering that freight movement is projected to increase over the next 25 years (U.S. Bureau of Transportation Statistics), nearly doubling by 2035 (Feb. 26, 2018, Spokesman Review) wait times and emergency response times may not improve.

Consider also the increased risk of a derailment, especially one carrying hazardous materials, given the projected increase in transportation by rail as noted above. Local agencies are doing what they can to acknowledge this risk by developing a Geographic Response Plan to respond to a derailment. But as useful a tool as the GRP is, it does nothing to outright prevent a derailment. Thus, the risk and consequences of a spill remain.

While BNSF claims that it institutes an unrelenting focus on safety, such a claim is burdened under the two derailments that occurred in Bonner County since 2017. Many people in our community are concerned by unaddressed deficiencies in the rail system in north Idaho, like the absence of state track inspectors and a lingering uncertainty about whether or not BNSF can contain an oil spill during challenging times of the year.

Despite all this, BNSF has yet to convince Bonner County residents that the risk of a second rail bridge is worth the reward. Indeed, what is the reward? It is unclear whether Bonner County has anything to gain, directly, given BNSF’s reticence to provide specific evidence or an independent report substantiating any of the benefits it claims a second bridge would bring our community.

When USCG publishes the public notice regarding its decision on whether to perform an Environmental Assessment or an EIS and how/when to comment, LPOW will be present at every opportunity to encourage an EIS is performed. We encourage readers to also submit comments and attend any public hearings when the comment period is announced.