You’ve probably heard techie 20-somethings talking about VR and AR and wondered to yourself: “What are they going on about?” Maybe you’ve got a VR setup at home and enjoy racing around the galaxy in your sickness-inducing interstellar starship, aptly named “The Vomit Comet.” But have you ever been curious about the roots of virtual reality, and where it might be headed? Today is your lucky day.

Despite the recent developments of virtual reality, the concept is pretty old when it comes to technology. The first instance of a computer being utilized with hardware to create a virtual reality experience was actually in 1968, a full 49 years before Steve Jobs would take the stage and revolutionize the world with the iPhone in 2007.

The very first VR device was a strange looking contraption that had to be suspended from the ceiling. The user would be rigged into the machine and only had limited mobility while using the device. Due to its uncomfortable nature and the fact that it was suspended from the ceiling, it earned the moniker “Sword of Damocles,” based on the ancient tale of Damocles, who swapped places with King Dionysius II of Syracuse, drawn by the allure of wealth and power. However, King Dionysius had a sword hung over the throne, held aloft by a single strand of horse hair, to evoke an unsettling feeling of doom and anxiety in any who sat there. The so-called “Sword of Damocles” is meant to represent the burden of those in power.

The VR machine of the same name was extremely primitive by today’s standards, but cutting-edge in 1968. It had a head-mounted display similar to modern-day headsets, but the viewing port was partially transparent and allowed viewers to see the program running while also viewing their surroundings. This was effectively the first augmented reality headset, and the first stone laid in the path to “Pokemon Go!” 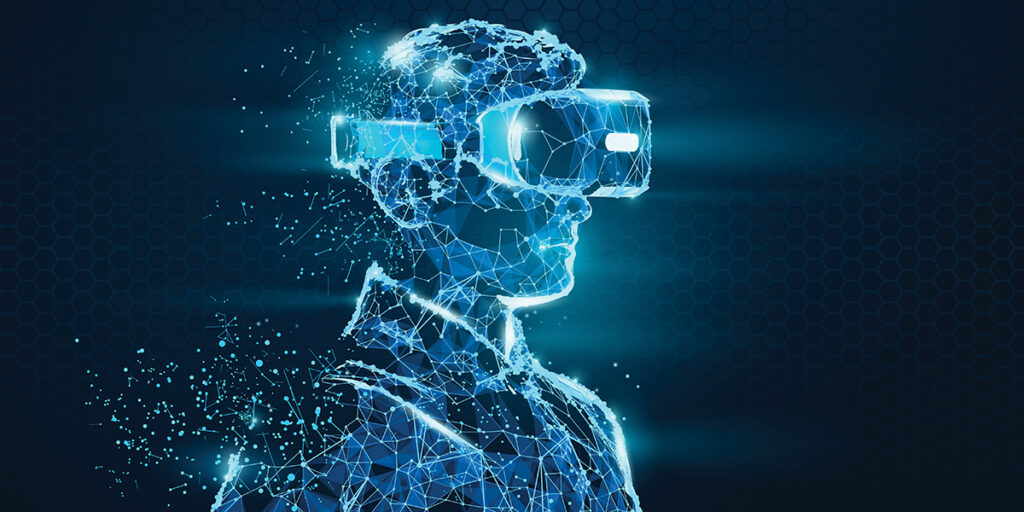 Computers were considerably less powerful in the 1960s than they are today. The Sword of Damocles wasn’t able to produce incredible graphics or cinematic effects. It was primarily designed to create simple wireframe shapes and rooms. It wasn’t anything you would get in line to experience unless you were really into computers at the time.

Much of the tracking on the Sword of Damocles was done mechanically using the linkages of the device suspended above the user’s head. This process has changed dramatically in just the past 10 years.

Today, there are a number of options available to those interested in jumping into virtual reality. The most accessible is by using your phone in an enclosed headset. Your phone is able to detect pitch, angle and movement by using something called a vibrating structure gyroscope. These gyroscopes are attached to support structures inside your phone. Parts of the gyroscope are vibrating at all times. When you move your phone, these parts continue to vibrate on the same plane while the computer in your phone calculates the forces exerted on the supports. Those calculations produce measurements that represent the rotational difference between your phone when it is lying level and flat, and when it’s tilted, raised or lowered. This is a really complex effect for dummies like me to explain, but if you’re curious to know more about it, it’s called “Coriolis force.”

A second device used for tracking movement is an accelerometer. This device reacts to vibrations and change of direction. The force placed upon the accelerometer as it moves causes it to temporarily warp, and then a computer calculates where the device has moved based on that input, thus approximating a translation of your movement into the program.

Augmented reality applications are generally more popular on mobile phones, as they let you utilize the phone’s camera to “see” things that aren’t actually there, as well as your phone’s GPS to send you to real-world locations. This could mean you’re using your phone to look for Pokemon or you’re searching for digital clues in an online scavenger hunt.

Another avenue for using virtual reality is with a headset like the library’s HTC Vive and a personal computer. Virtual reality gaming has become popular in recent years as the technology has become more precise and computer graphics have improved considerably. The way the HTC Vive tracks movement is markedly different from how your phone calculates movement and acceleration. The Vive, as well as the Steam Index, takes advantage of multiple base stations in a room. These small devices flash light that our eyes can’t see. The head-mounted display (often referred to as an “HMD”) and handheld controllers all have light-emitting diodes, light sensors and invisible spinning lasers that the base stations log and track 60 times per second, calculating our movement in a three-dimensional field.

Are you curious to see first-hand what VR is all about? The library will be reopening its virtual reality room from noon-4 p.m. during Sandemonium on Saturday, May 14. If that won’t work for you, I’ll let you in on a little secret: beginning Thursday, May 19, we will start having the space open for walk-ins every Thursday from 3-5 p.m.

Want some more info? Shoot me an email at [email protected] and I’ll be happy to answer any questions.

Now that you know how it works, we’ll explore all of the practical uses and the science behind the applications next week.