One overarching theme that has emerged from land use decisions by the Bonner County Board of Commissioners is the assertion that the 2008 zoning designations for the county are flawed.

A recent notable example was the commissioners’ decision to double the density of more than 700 acres off Rapid Lightning Road, next to Northside School.

The property — comprising 12 separate parcels — was zoned for 20-acre minimum lot sizes during the countywide rezone in 2008.

The current owners, who asked to increase the density, purchased seven of the 12 parcels after 2008. 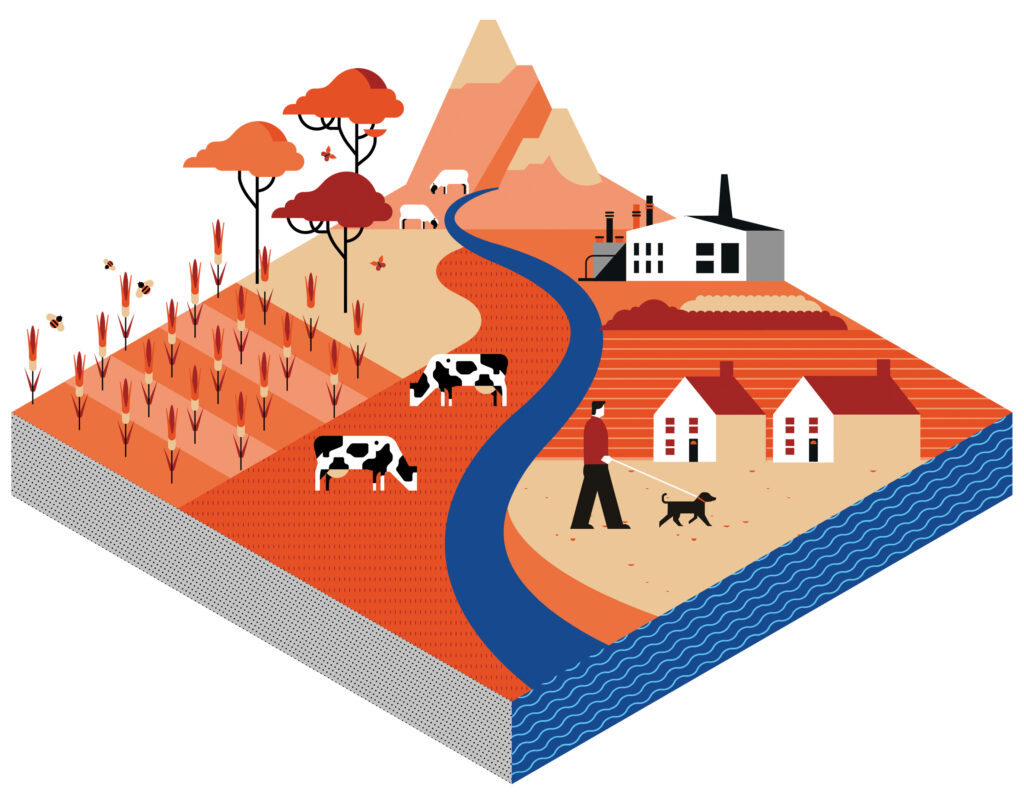 The county commissioners in 2008 zoned the area for large minimum parcel sizes to be consistent with the Comprehensive Plan, which designated that area — as well as most of the Selle Valley and Cabinet Mountain foothills — as most appropriate for agricultural and forestry uses.

On May 4, at a reconsideration hearing brought by neighbors opposed to increasing the density, Commissioner Dan McDonald argued that the landowners had been done a disservice when the county rezoned the area in 2008 from five- and 10-acre minimums to Agricultural/Forest 20-acre minimums.

“If you go back and talk to some of the people who were on that committee,” McDonald said, referring to either the Comprehensive Plan update or the land use code revisions that followed in 2008, “they were so tired at the end, they just threw colors on the map. There was no research.”

When the residents attending the hearing began to protest, McDonald shouted, “Quiet!” He then said a member of the current Planning Commission who had participated in the plan’s development had told him that version of events.

Having been involved in the drafting of the revised land use code, I found McDonald’s claim doubtful. Todd Crossett was a commissioner at the time and facilitated our committee, which worked diligently to arrive at compromise solutions to sticky questions of how to match the zoning code to the updated land use plan.

As a newspaper reporter prior to that, I had covered the extensive public involvement process that led to the Comprehensive Land Use Plan update, which produced a widely supported goal to protect the rural character of the area and to support agriculture and forestry into the future.

Before the 2005 land use plan update, most of the rural lands were zoned for five-acre minimums.

“There’s a lot of reasons why that doesn’t work,” if you want to preserve rural character and agriculture, Crossett told me recently. Fractionalization of farmland results in the loss of productive land, higher property values, and conflicts with residential neighbors who might not like the sounds and odors associated with farming.

While our citizens committee worked on the new zoning codes (laws), the commissioners — with the help of GIS experts — worked on new zoning (land use designations) that aligned with the land use plan’s map and goals.

According to Crossett, that process “was anything but haphazard.” After about a year of open meetings, the final draft of the zoning map was taken on a roadshow around the county to collect public input.

When asked whether he made a comment about “throwing colors on a map,” Benner said he may have described the process they went through to determine the land use designations throughout the county.

“We colored them by hand,” he said of the maps.

Multiple public workshops were held all over the county, he said, during which they sat down “for hours” at map-covered tables and colored different areas to represent the desired land use.

The process took a long time, he said, but, “I thought it was very valuable. The plan we put in place was a plan by the people.”

The county is currently undergoing another Comprehensive Land Use Plan update. One of the most important elements of that plan will be the map and the land use designations, with direction as to the appropriate density for certain uses.

The newly appointed Planning Commission is now comparing the current plan with the localized “subarea” plans that were developed by area volunteer groups over the past few years. The commissioners’ timeline for the update is tight — with adoption scheduled before the general election in the fall.

It’s important that the county make a genuine effort to collect and listen to the public’s input, involving residents as much as possible in the development of the plan, so this update can also be “a plan by the people.”

If they accomplish that, and a widely accepted plan is adopted, hopefully future county commissioners will honor that work, and the will of the people, by heeding the plan’s goals and respecting its legitimacy.

Susan Drumheller is on the board of Project 7B, a local nonprofit whose mission is to educate citizens about, encourage involvement in and convene constructive public dialogue around land use planning in Bonner County. For more information, go to project7B.org and sign up for the newsletter. Or follow Project7B on Facebook to get information about public meetings.