The year in re- and preview

Stories we got right, wrong and think will make big news going into 2021

Yeesh. Where to begin? First of all, we’re quite aware that making predictions even in less tumultuous times is a fool’s practice. Yet, undaunted, that’s what we did last year and we’re going to take another prognosticatory stab at it this year.

In the Jan. 2, 2020 edition of the Reader, we made a number of forecasts — some of which were correct, or close to it, and others that, looking back with 12 months of brutal hindsight, were just plain dumb. 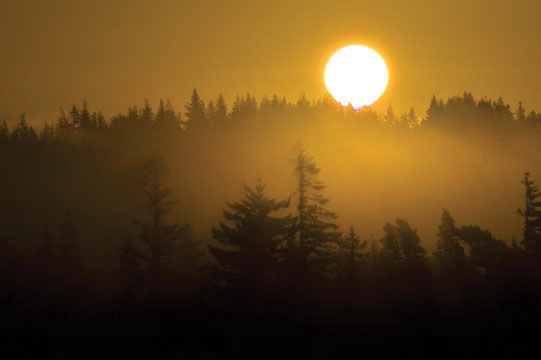 We were absolutely correct when we wrote “big things will happen in the coming 12 months that will dictate radical course changes across the political, economic and cultural landscape in the United States, if not the world.” We didn’t know how right we were.

However, we were wrong about Disney buying Netflix — but correct in that the media giant would find a way to give people “all the Star Wars spinoffs, all the time.” We got the World Series and Super Bowl winners wrong, the Best Picture and Grammy winners were way off, and we didn’t end 2020 in an all-out surveillance state — though we were correct in highlighting the widespread emergence of “deepfakes” in various media.

Thank the gods, Betty White is still with us.

We did better with politics, highlighting that President Donald Trump would not be indicted on the articles of impeachment adopted in December 2019. However, we cited some experts who felt Trump would hang onto the White House (nope) and that there would be a tie in the Electoral College between him and Joe Biden (double nope). We presciently suggested that Democrats would win in Arizona, Pennsylvania and Wisconsin, though, and were correct that following the election, “lawsuits will explode like dandelions gone to seed.”

So our scorecard wasn’t too great on the big national stuff, but with local issues — on which we’re going to focus this year — we were right that War Memorial Field would be completed on time but definitely wrong that The Festival at Sandpoint would “return for a 2020 season despite its chaotic 2019.”

We did indeed argue about Canada geese at City Beach in 2020, but no dirt has yet been turned on the new hotel to replace the Best Western Edgewater Resort.

We nailed it that the city would negotiate a land swap with Sand-Ida at the beach and correctly called it that the county’s lawsuit against the city over The Festival’s no-weapons policy would end in the city’s favor.

The microscopic elephant in the room, of course, was the COVID-19 pandemic, which has upended every aspect of life and livelihood since March 2020. We didn’t see that one coming, even though we started hearing about a strange virus in Wuhan, China as early as late-December 2019.

In the meantime, the chaos wrought by the novel coronavirus is nowhere near spent — prediction No. 1. Regardless, if 2020 has taught us anything, it’s to expect the unexpected.

Though a district judge sided with the city of Sandpoint in the case brought by Bonner County and Sheriff Daryl Wheeler arguing The Festival’s no-weapons ban at Memorial Field is unlawful — ruling that the plaintiffs had no standing to bring the suit in the first place — the county appealed the case to the Idaho Supreme Court.

We predict that the highest court in the state will agree with the lower court’s decision and rule that the county and Wheeler do indeed lack the necessary standing to sue.

However, a separate suit related to The Festival’s weapons ban, brought by individuals Scott Herndon and Jeff Avery in conjunction with the Idaho Second Amendment Alliance and Washington-based Second Amendment Foundation, won’t see its first day in court until sometime in February, and we predict this lawsuit will gain much more traction than the county v. city action.

In that case, the judge will have to confront the central issue of the matter: whether a private entity has the power to regulate firearms on leased public property. Meanwhile, if a stronger firearms preemption law comes out of the 2021 legislative session, it could mean The Festival needs to find a new venue regardless.

No matter what, hold onto your butts.

We said last year that the Newport smelter would disappear — well, not exactly. As Pend Oreille County officials progress through the overdue revision of their comprehensive plan, we predict that zoning changes favorable to the project, which its developers say is “on hold,” will bring it back to the forefront. Expect more action on this front in the coming months.

We’re going to see a lot of activity at the beach this year, with demolition of the Edgewater and construction of the new hotel, as well as huge alterations to the waterfront park itself. And, based on the enthusiasm shown by City Council members in December 2020, we predict the Carousel of Smiles will find its home there eventually.

Considering that most health experts don’t forecast any semblance of pre-COVID-19 life to emerge until well into the fall of 2021, we’re going to see increasingly adaptive ways of doing business with local retailers, restaurants and bars. We foresee more delivery options and more merchants setting up online shopping and ordering portals. Sadly, some won’t be able to withstand more than a year of disrupted operations, so we’ll see more closures than would be expected in typical times.

In August 2020 we asked local Realtor Raphael Barta to give us an outlook on the local housing market. We think his predictions for 2021 bear summarizing here, because we think he’s a smart guy. More newcomers will stream into Sandpoint as a result of factors ranging from COVID-19 to remote work opportunities — very likely tipping Sandpoint over the 10,000 population mark and triggering loss of the Resort City Tax — and driving up the prices in an already razor-thin residential market. Meanwhile, mortgage delinquencies will increase exponentially as a deep recession sets in sometime in the spring. Given in-town prices, huge growth will occur in the county on five-acre parcels. Finally, surrounding communities will also feel the boom — and bust.

This will ramp up and become more disruptive, as anti-mask activists like Ammon Bundy and his People’s Rights group in southern Idaho mount protests against face covering requirements and other virus mitigation measures. At the same time, the release of the vaccine will bring out the anti-vaccination and vaccination skeptics with increasing vigor. We predict that we’ve only begun to see the political fallout of the past 10 months of life under COVID-19 restrictions.