It turns out Idaho isn’t finished paying for the ag-gag bill struck down as unconstitutional last year.

The state is on the line for nearly $250,000 after federal judge B. Lynn Winmill recently ordered it to pay the opposition’s legal fees. It’s yet another victory for the coalition of animal rights and civil rights groups that took the state to court for the so-called ag-gag bill, and members are holding Idaho up as a cautionary tale for other states. 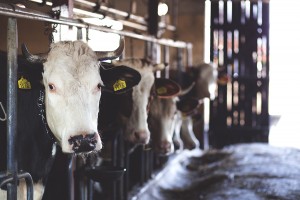 “This ruling is a warning to other states that PETA will challenge ‘ag-gag’ laws, we will win, and it will be costly for the state,” said People for the Ethical Treatment of Animals general counsel Jeffrey Kerr. “The American public has a right to know when the meat industry is breaking the law, and Idaho’s ‘ag-gag’ law was a blatant violation of free speech.”

The ag-gag bill was in part a reaction to a campaign by Los Angeles-based animal rights group Mercy For Animals. In the summer of 2012, members of the groups infiltrated the massive Bettencourt Dairies in Hansen, where they recorded video of employees beating and kicking cows, dragging them with tractors and more.

Signed into law Feb. 28, 2014, the ag-gag bill criminalized the recording of audio or video with “the intent to cause economic injury” at any agricultural facility. First-time penalties for breaking the law included an up-to-$5,000 fine and a year of imprisonment. For comparison, the first violation of Idaho’s animal cruelty law is punishable by no more than six months in jail. After being signed by Gov. C.L. “Butch” Otter, the new law received immediate push-back.

“If the government starts criminalizing the documentation of what goes on at these places, it makes life very difficult for journalists,” American Civil Liberties Union of Idaho legal director Richard Alan Eppink said.

The bill drew criticism from several different spheres.  Animal rights groups protested the harsh penalties for informing the public of animal cruelty. Civil rights groups resisted the weakening of First Amendment rights to free speech. Others worried that the law would make it easier to cover up public health violations in the dairy industry.

“The way I see it, farms are producing products for consumption by the public,” Sandpoint Vegetarians co-founder Stephen Augustine told the Reader last year. “Why is it not acceptable to be able to record how that food is produced?”

Sandpoint Vegetarians was a local branch in the diverse team of organizations that sued the state of Idaho, joining PETA, the ACLU of Idaho, the Animal Legal Defense Fund and the Center for Food Safety. In August, Winmill rejected the state’s arguments, ruling that a criminalization of whistle-blowing in the agricultural industry was unconstitutional.

“The remedy for misleading speech, or speech we do not like, is more speech, not enforced silence,” wrote Judge B. Lynn Winmill in the ruling.”The Court finds that [the Ag-Gag law] violates the First Amendment.”

Winmill’s order to pay legal fees may be another victory for ag-gag opponents, but it’s a bittersweet one for people like Sandpoint Vegetarians co-founder Eric Ridgway. After the bill was struck down last year, he bemoaned the wasted taxpayer money spent defending it.

“The citizens of Idaho deserve better management of their tax dollars than [using them] for the creation of laws that were bound to be overturned, and that were enacted strictly to benefit the profits of corporations over the health of citizens,” he said.