There have been quite a few unconventional Olympic sports over the years. Rope Climbing was part of gymnastics programming at the 1896, 1906, 1924 and 1932 Olympic games. Competitors were tasked with climbing a suspended vertical rope using just their hands and arms — no legs allowed. Race Walking is another oddity, in which competitors must keep contact with the ground at all times, keeping the leading leg straight when the foot makes contact with the ground until the leg passes under the body (it resembles a bunch of people rushing to use the bathroom). Town Planning even earned a spot at the four Olympic games between 1928 and 1948, with medals doled out to those achieving excellence under the Architectural Design category of the Arts portion of the Olympics. 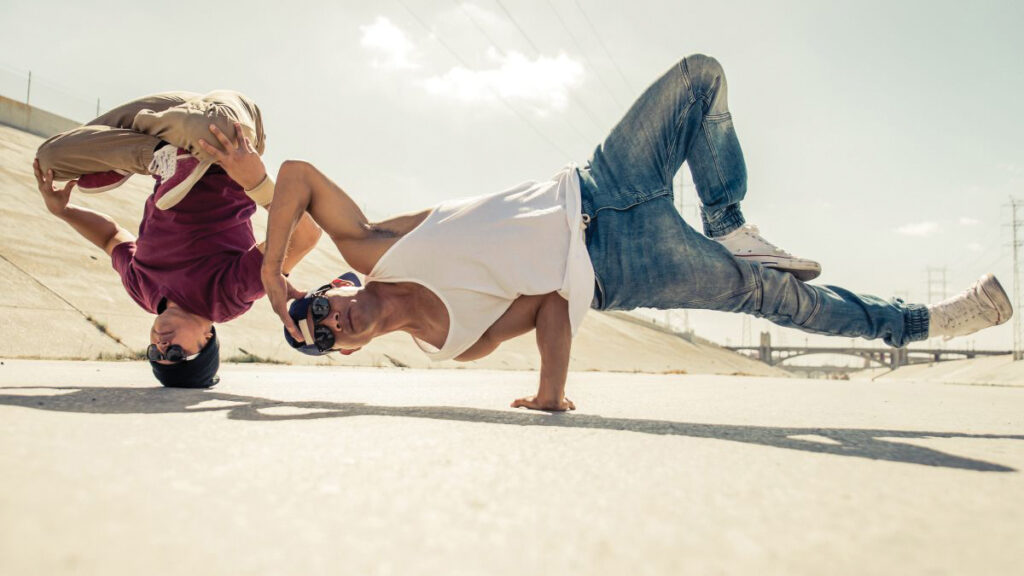 The International Olympic Committee announced the latest addition to the 2024 games that fits with the “Huh?” category on Dec. 7: Breakdancing.

Breakdancing will be called “breaking” at the Olympics, as it was first referred to in the 1970s by hip-hop pioneers in the U.S.

For those who aren’t aware of this activity, breaking is an athletic style of street dance consisting of artistic movements such as toprock, downrock, power moves and freezes. It gained in popularity in the late 1970s and early 1980s and has been ingrained in urban culture ever since. Breaking is typically set to hip-hop with consistent tempo and beat patterns.

When asked if he had been told 43 years ago that breaking would one day become an Olympic sport, Crazy Legs replied with a laugh: “I probably would’ve been like, ‘Aw, shut up.’”

“We have had a clear priority,” Bach continued, “and this is to introduce sports which are particularly popular among the younger generations. And also to take into account the urbanization of sport.”

Breaking made its Olympic debut at the 2018 Summer Youth Games in Buenos Aires before it was added to the Paris 2024 agenda.

Some big names in breaking are mostly pleased with the addition, but hope the inclusion in the Olympics won’t water down the sport.

“There’s been quite some controversy inside the scene,” said Logan “Logistx” Edra, a 17-year-old “B-girl” from San Diego. “It’s basically making sure that we preserve the essence and the culture, and that it doesn’t get lost in the competitive grind as we continue to progress and make steps into the Olympics.”

Crazy Legs expressed interest in working with the IOC to ensure the Olympic version of breaking stays true to its roots.

“[It goes] beyond just the moves,” Crazy Legs told the Associated Press. “The passion and the pain that goes with living through struggle — that is the essence of dance. You want to make sure that the soul of it isn’t diluted.”

Three other sports recently added to the Olympics include skateboarding, sport climbing and surfing, which will all debut at the Tokyo Games in 2021, after the 2020 Tokyo Games were postponed due to the coronavirus pandemic.