The 219 Lounge has been many things to many people. It has also been many bars. 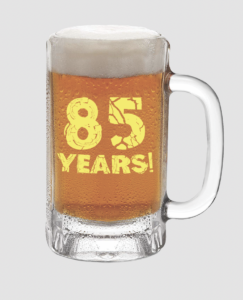 Opened in October 1934 on Pine Street as the Old Bohemia Club, it soon moved to its current location, replacing a hardware store at 219 N. First Ave. After only about a year selling liquor in the immediate post-Prohibition era, the Old Bohemia burned down. But it was quickly rebuilt and christened The Diamond, which it remained until sometime in the 1950s when it adopted the now-familiar 219 moniker.

“In the ’60s it was a Vegas-type lounge. In the ’70s it became kind of a cowboy place,” said Mel Dick, who with his wife Claudia purchased the bar in 2005. “When we took it over it was still that theme, it had one beer on tap and that was Pabst Blue Ribbon. It really didn’t serve what I would consider to be mid-shelf or top-shelf hard liquor, it was pretty much a dive bar.”

So it remained until a complete renovation and overhaul in 2013. Gone were the low ceilings. Gone were the battered Naugahyde booths. Gone was the so-called “Smut Corner,” the never-ending jukebox and — most importantly — the thick clouds of cigarette smoke that hung over the place like an especially heavy beer head.

As the 219 Lounge approaches its 85thanniversary on Saturday, Oct. 26, the venerable watering hole is securely in the midst of its latest of many reiterations. No longer a cowboy-inflected den of debauchery, “now we’re more of what I would call a true lounge,” Dick said, pointing to the wide variety of high-shelf liquors — very likely the best selection of whiskies in the area — and 19 taps featuring rotating craft beers.

Today the Niner, as it’s affectionately known, is a hotspot for craft cocktails more than boilermakers and, on top of that, it also hosts the most consistently varied — and consistently consistent — live entertainment schedules in town. The 85th anniversary features Spokane-based Down South from 9 p.m.-midnight, which has made its name by running the genre gamut from classic and Southern rock to Texas blues to Americana and everything in between.

And come out to the bar they have — from the Prohibition days to the era of the Vegas lounge to the cowboy dive and, now, the reborn 219, generations of Sandpointians and visitors alike have raised a glass both on and to that address.