Eric Plummer feels at home in a movie theater.

The man behind the newly revamped Sandpoint Cinemas — formerly known as the Bonner Mall Cinemas — said he was a “movie buff from a young age.”

“I was the kid in high school that lived at Blockbuster and was constantly renting movies,” Plummer said. “I’ve always loved the experience of being in a theater. For two hours you get lost in a movie and there’s no distractions. The visceral part of it, too — the big screen and the powerful sound — I just love the experience as a whole.” 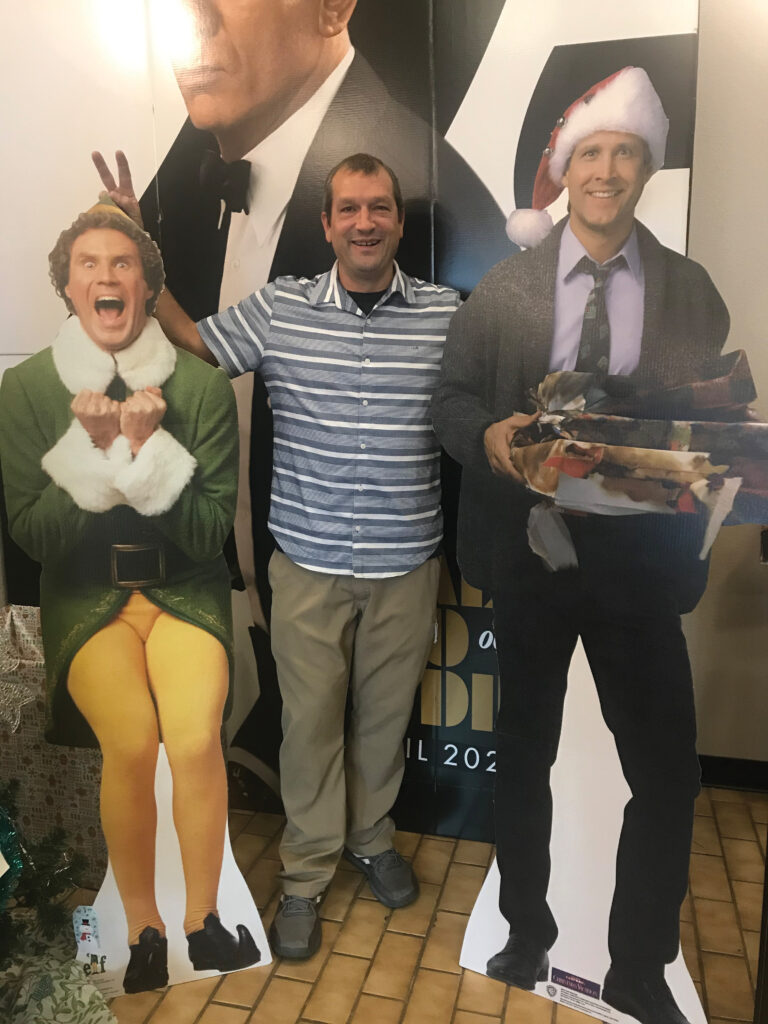 Plummer and his business partner and childhood friend Mike Lehosit — who owns the Hayden Discount Cinemas — took over the lease at 300 Bonner Mall Way in early November, and have been working hard to keep movie-going alive in Bonner County when the pandemic made it look like visits to the local theater might be a thing of the past.

Former owner Dale Reese announced on Facebook that the business was closing just before the new owners went public with their plans for Sandpoint Cinemas.

“The area needs a movie theater, so we wanted to keep it going — that was our main goal,” Plummer said.

Still, it isn’t an easy time to own a business based on gathering patrons in large groups to take in a new film, so Sandpoint Cinema has adjusted. In addition to frequent sanitation and blocked off rows of seats to encourage social distancing, the theater is offering private screenings: for $50, you can invite up to 20 people to enjoy a movie. The experience encourages families and other small groups to get out and enjoy a theater experience without having to worry about gathering with strangers while COVID-19 makes the rounds in North Idaho.

“The private screenings have been really well received,” Plummer said. “I think with the times being what they are, people like the fact that they can dictate who’s in the cinema.”

Local resident Michelle Van Stone, who recently rented the theater with a friend, said it was a COVID-safe and “truly enjoyable” outing.

“What a fun experience to be able to rent out an entire theater for such a good price,” she said. “That was a great idea to keep doors open. I hope they continue with that.”

Regular showtimes are also offered with extra pandemic precautions in place, and prices are lower across the board under Plummer’s and Lehosit’s ownership. Matinee tickets are $6 for all ages, and evening shows — after 6 p.m. — are $8. Tickets are all priced $5 on Tuesdays, and Sandpoint Cinemas is offering “classic” films like Elf and Die Hard for $2 a ticket.

Theater patron Jordan Adams purchased her tickets ahead of time online — a feature now available through the Sandpoint Cinemas website.

“I never thought I’d appreciate that instead of purchasing at the counter, but with the kiddos, I really do,” she said.

Though he’s always loved movies, Plummer said getting into the nitty-gritty of running a movie theater has been a completely new experience.

“It’s been a huge learning curve,” the former Daily Bee sports editor said, adding with a laugh: “It’s a lot of computer time, but not unlike my previous life.”

Sandpoint Cinemas has plans to eventually offer some local touches — such as showing Sandpoint football games — and continue offering new and classic films for fair prices. It’s safe to say the sacred experience of sinking into a cushioned theater seat, eating buttery popcorn by the bucket and falling in love with new movies is in good hands with Plummer at the helm.

“It’s amazing how many people have come in to see a movie and said, ‘Thank you for keeping this thing going,’” he said. “That’s the whole point — to keep movies alive. It’s a tough time right now for theaters and we’re just trying to survive and keep this thing going.”