A symbol of racism or free speech?

Last week, the Confederate flag controversy reignited after Rep. Heather Scott, R-Blanchard, posted a photo of her posing next to the Confederate flag at Timber Days in Priest River. We asked two of our contributors, Dan McDonald and Stephen Drinkard, to discuss the issue, and to ask whether the flag is a symbol of free speech, or hatred and racism. 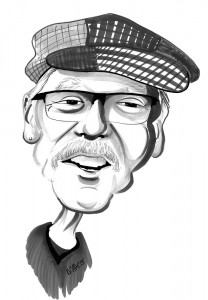 Politicians seek media coverage.  It’s their addiction, and we pay for their drug in so many ways.

Ms. Heather Scott, District 1A House Representative was most certainly seeking media coverage when she emblazoned herself with the Confederate flag on her Facebook page. She got attention, maybe more than she wanted (or maybe not).

The fact that she aligned herself with that symbol not too long after the nine accomplished black men and women were gunned down during their Bible study in Charleston by a professed racist and defender of the Confederate flag was not lost on people.

Of course she had a lot of people rush to her defense, claiming she is merely professing her free speech “as guaranteed by the Constitution.” Others found her display of the flag to be profoundly disrespectful of the murdered blacks and the millions of African-Americans who, following the Civil War, endured 150 years of murders, rapes, false accusations, endless job discrimination, segregated services and loss of political power.

If you listen to Ms. Scott and her defenders, the flag doesn’t represent racism but rather an anti-government stance prevalent among Tea Partiers, (ironic that she works for a state government she supposedly doesn’t trust). Her right to free speech and to some degree a sense of pride in the southern region of our country. That last one is a bit strange at first glance. We are far from the South.

Not so much, it turns out. During coverage of a Confederate flag removal in Emmett,  Steve Barrett of the Idaho State Archives explained the town is named after a confederate soldier’s son, Emmett Lee. In the late 1800s, Hailey was heavily populated by Confederate gold miners. Southerners built Idaho towns called Leesburg and Atlanta.

The flag’s rebellious symbolism has even spread abroad, as it did to Italy. Yes, Italy, Southern Italy. In 1861, after being absorbed into the Kingdom of Italy, that region adopted the Confederate flag because “we too are a defeated people,” as was reported in the Washington Post. It has also been used by peoples in Sweden, the Ukraine, Ireland, Confederate migrants to Brazil and, following the banning of the Swastika, in Germany. According to Wolfgang Hochbruck, a professor of American Studies at the University of Freiburg, ‘They are obsessed with your [Civil] war because they cannot celebrate their own vanquished racists.’”

Back home, it is clear that however much some people think of the Confederate flag as some vague symbol of a golden other time or an attitude of rebellion against government, that flag represents 150 years of hell to a large portion of our American family.

Ms. Scott has to pay attention to history and to social dynamics, as well as current events regarding the numerous deaths of black people by law enforcement. Don’t forget the Swastika, Ms. Scott.  I would not tell the Jewish people you have a “constitutional right” to celebrate that symbol or that symbols don’t kill.

If Ms. Scott wants to stand by symbols, and wants to be a representative of all us in her district and not just her Tea Party and other extremists, she should hold up a loaf of bread and a fish. And carry a sign that says,

If heartfelt, that would be revolutionary and might get her some real media attention. 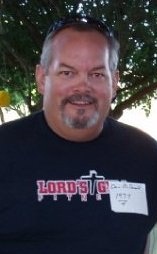 Recently, a local debate started over Rep. Heather Scott’s Facebook post with a photo of her holding the Army of Northern Virginia’s battle flag also known as the Confederate flag (CF).

What I found interesting was the sudden media coverage for an event that took place more than a month ago at the Priest River Timber Days celebration. Why on earth was this suddenly a story? The simple answer is this is yet again an attempt at a political hit piece by those who don’t like the independent thinker that is Scott.

Even more shocking are some of the comments from those on Facebook. The intolerance shown by those I thought tolerant made me believe those folks to be mind readers. Did they know what Scott was thinking, or just project their own thoughts onto the photo in question?

I know Heather Scott, and I know she is not a racist. Anyone who read one of the many articles would realize that she was raising this flag as a First Amendment and a states’ rights issue. This event happened to occur during the national debate we were having about the incorrectly named Confederate flag in the wake of the church shooting in South Carolina.

Heather is a great defender of personal rights, freedoms, free speech and states’ rights. The debate that was raging at that time was about the perceived definition of a piece of cloth with a number of different colors on it. Does it represent racism, slavery and hatred, or does it represent history, regional pride and a way of life? The answer is yes to all.

The meaning of this flag has more to do with what your life’s filter tells you. Here is the problem: Many of the things we believe about this flag have been misrepresented. Did the KKK use it? Sure, however, they also used the American flag, Christian flag and the Christian cross. So should we ban all those as well, or see them as representing racism and slavery? Of course not. No intelligent person would do that, nor would they place racism and slavery on the back of a piece of cloth or a symbol.

Some facts are in order. This again is not the flag of the Confederacy. Not all people in the south at the time owned slaves, with the percentage of slave owners being about 1.6 percent of all southerners. So choosing to look at this as a symbol of slavery or racism is not only inaccurate, but it’s the worse form of inaccurate prejudice.

I could go deep into history and provide an education on the flag, the South, on the despicable white supremacist movement, but really, let’s deal with here and now. The war was fought 150 years ago; it’s time to let it go.

Those I know who proudly identify as Southern, regardless of race, see the stars and bars as a symbol of their heritage, individual pride, states’ rights and resistance against an overbearing federal government. Now a small group of loud misguided liberals somehow believe this symbol represents hate.

Just like the gun debate, some fail the intelligence test and try to blame a symbol or a tool—not the actions of the person using said symbol or tool. Did banning this flag make racism go away? Not in the least, but instead of dealing with racism, it’s easier for the intellectually lazy to just cry out to ban an inanimate object.