Observant city residents and visitors may have noticed a new splash of art throughout public spaces in Sandpoint over the past nine months. After the city of Sandpoint added several new utility boxes around town due to an increase of utility work and construction over the past year, the Sandpoint Arts Commission slowly began to plan for a new public art project featuring works from local artists as well as historical photos of Bonner County.

Elle Susnis, the chairperson of the Sandpoint Arts Commission, told the Reader that the project was on the “back burner” for some time until a sponsor came forward and helped kick it into gear. 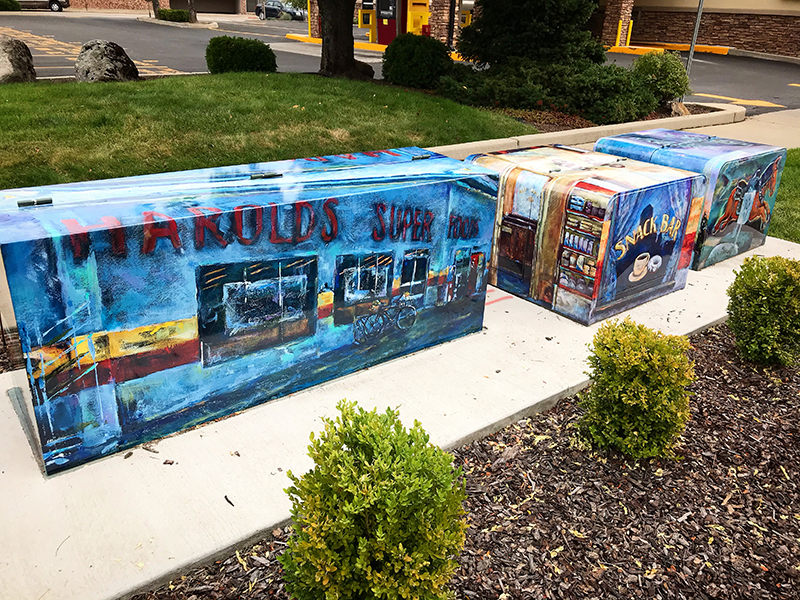 “STCU [Spokane Teachers Credit Union] stepped up last fall and offered to sponsor art wraps for us,” Susnis said. “All these utility boxes were popping up because of the construction we were doing [downtown], so we decided to split them up between art works and historical photos.”

Working in conjunction with the Sandpoint Historic Preservation Commission, the city of Sandpoint, the Bonner County History Museum and STCU, the Sandpoint Arts Commission began accepting submissions from local artists to transform their two-dimensional art pieces into wraps to cover the utility boxes.

Busy Beaver Graphics in Sandpoint has taken on the task of printing the wraps with a digital printer and applying the wraps to boxes with a special adhesive.

“It’s amazing what Brett at Busy Beaver has done,” Susnis said. “They even have a special graffiti-resistant coating on them.”

The decorated boxes have sprung up all over town, allowing passersby the opportunity to view artwork where only a dull metal box was before.

“One of the reasons I’m excited about this project is because it’s a great way to get the art from our two-dimensional artists out on the streets as public art,” Susnis said. “It gets it out there where people who may not normally go into a gallery and a space like that and see it on a daily basis to enjoy and get to know our local artists.” 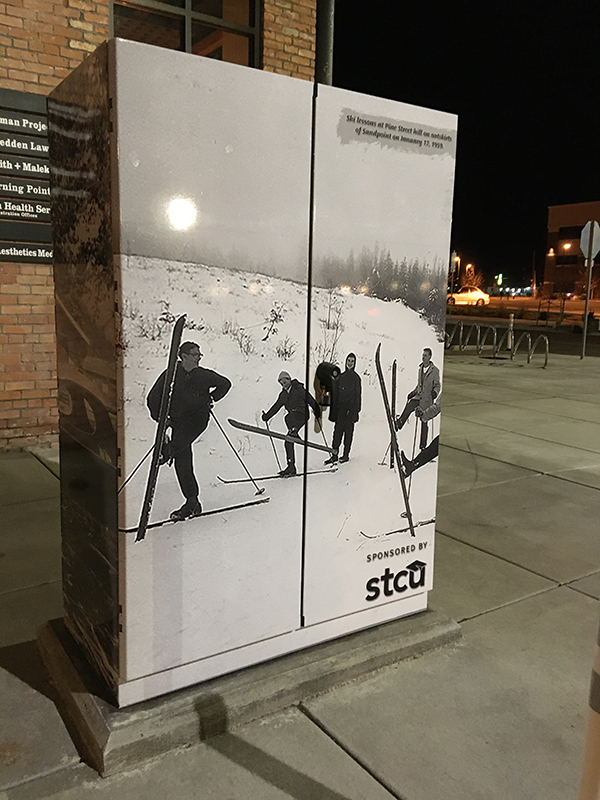 The boxes can be viewed throughout Sandpoint, from the Windbag jetty to the intersection of Highway 2 and Boyer Avenue.

More than a dozen wraps have been installed during the first two phases of this project, but a third phase is slated to begin soon with another grouping of boxes.

Susnis said one of her favorite wraps so far has been the Harold’s IGA artwork on a series of boxes on Oak Street across from the former location of the supermarket.

“I lived a block and a half from Harold’s most of my life and it has a special place in my heart,” Susnis said. “When Gail Lyster submitted those pieces, I knew exactly where they would go. There are longtime locals that really loved Harold’s — it was there for 61 years. I just have good memories of it, and that artwork is so bright and beautiful.”

So far, the wraps include works from local artists and historic photos, provided by the Bonner County History Museum. Susnis said the Sandpoint Arts Commission was excited to combine art and history with this project.

“That’s what our town is all about,” she said. “There is a lot of history here and it’s an arts town. It was a perfect fit.”