Syth, Luttmann to step down as city department heads

The city of Sandpoint is losing two department heads in the coming weeks.

City Treasurer Shannon Syth is fast approaching her retirement date of Jan. 31 following a long career managing the city’s finances. Meanwhile, Public Works Director Ryan Luttmann is moving on from his post to pursue a career in the private sector on Feb. 2.

An open house to celebrate Syth’s more than 15 years with the city is set for 3-5 p.m. Jan. 31, and the public is invited to extend their well wishes. The open house will also feature a formal presentation from Mayor Shelby Rognstad. As she moves into retirement, Syth looks forward to many adventures on the road in her RV. 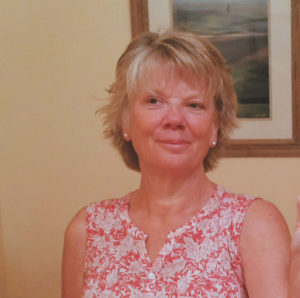 “Shannon has been a great leader for the city keeping us safe and protected from our own doings,” Rognstad said. “You provide so much wisdom and guidance and have done so much to not just protect our interests financially but also always seeking opportunities for us to save our taxpayer dollars and always have a vision for the future.”

Luttmann will join Century West Engineering, which is expanding its business and planning to open an office in Sandpoint. Luttmann replaced Kody Van Dyk as Sandpoint public works director after he retired, officially taking on the job in February 2016.

‘I am very thankful for the professional and personal development opportunities that the city provided me during the last two years,” Luttmann said. “I have enjoyed working with the city, and I appreciate the support I have received from the Public Works staff as we have completed a wide variety of projects during my tenure.”

According to Sandpoint City Administrator Jennifer Stapleton, Luttmann leaves the city with several high-profile projects under his belt.

“Certainly the two-way reversion implementation, Phase I downtown revitalization plan and Schweitzer Cutoff Bridge and roundabout come to mind,” Stapleton said. “He’s also successfully kicked off our wastewater facility planning effort which our consultants, JUB Engineering, will update council on next month. He has been a strong supporter of the City Council and mayor’s strategic priorities to improve our community outreach and citizen engagement efforts.” 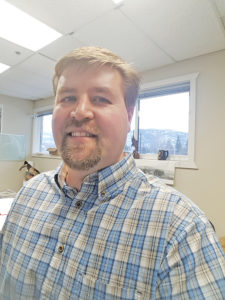 Stapleton added that the city staff and administrators are working with newly-hired Human Resources Director and Risk Manager Nicole Goes to review current job descriptions and organization structure. A new position should be posted by next week.

“All of us at the city wish Ryan and his family the best in his new endeavor and look forward to a continued positive working relationship into the future,” said Rognstad.

Luttmann is excited to tackle the new challenges and opportunities he’ll encounter in the private sector.

“Century West is thrilled to have Mr. Luttmann join our team,” said Century West Executive Vice President Dennis Fuller. “He will be located in our Sandpoint office and will be integral to serving municipalities and airports in the North Idaho region. Mr. Luttmann’s past experience, his knowledge of the region’s needs and challenges and his relationships in the area will allow Century West to better serve the region.”