Hosted by the Panhandle Health District, Gov. Brad Little on Jan. 29 toured a COVID-19 vaccine clinic at the Bonner County Fairgrounds, where residents were queued up to receive their second inoculation against the virus. Little spoke with health district personnel and the National Guard members helping at the clinic, referring more than once to the impending bubble of vaccine appointments sure to arrive on Feb. 1, as the state opened its guidelines to allow anyone over the age of 65 to sign up for doses. 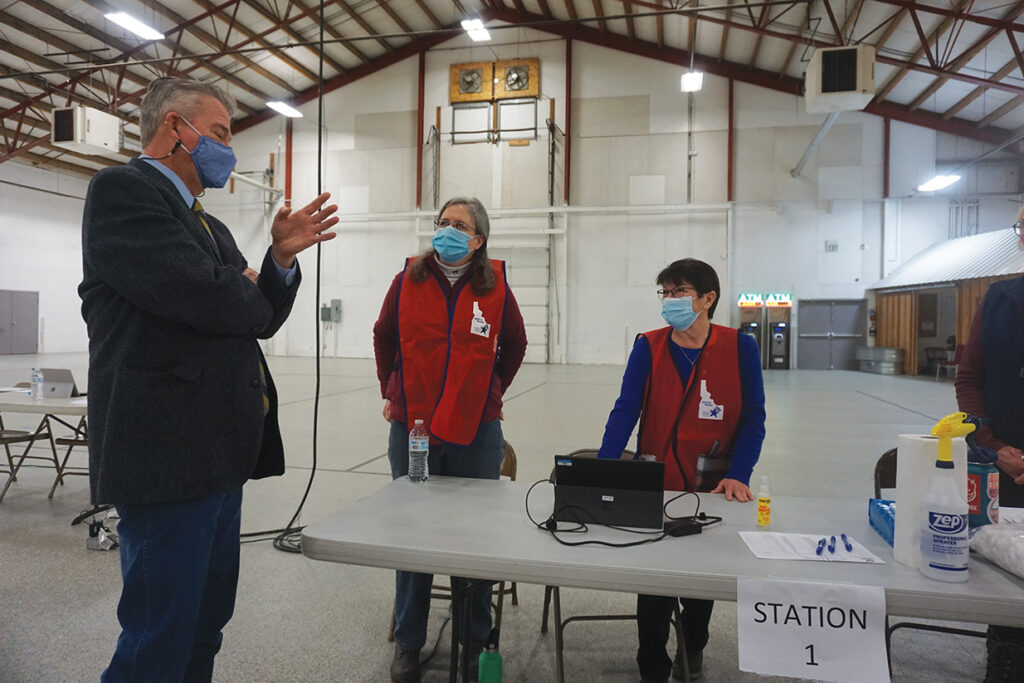 Little told the Sandpoint Reader that despite the state’s efforts to encourage health care workers, teachers and other essential personnel to be vaccinated before the Feb. 1 deadline, many are likely going to end up in line behind a portion of Idaho’s 269,000 older citizens.

“You know, like anything, if there’s a big line, people want to get to the front of it,” Little said. “If there’s no line, they’re not as urgent. There’s going to be a huge line Monday for probably at least a month and half, probably two months. I think that’s going to increase the urgency.”

Estimates place about 51,000 Idahoans over age 65 within the Panhandle Health District, but PHD Nurse Manager Kristina Gavin — who oversaw the Jan. 29 clinic in Sandpoint — told the Reader that figure was likely inaccurate.

“That’s based on old data,” Gavin said. “I mean, look at the people who have moved into this area just in the last year.”

For those currently eligible for the vaccine, the Idaho Department of Health and Welfare has launched a database hosting information about how to schedule an appointment based on your health district. Visit coronavirus.idaho.gov and click on the blue text stating, “When and where to get your vaccine.”

PHD officials report that the district is currently receiving 3,800 doses of vaccine per week — an increase of 1,000 over previous weeks — and “doses will be evenly distributed to each county based on population.” Information about clinics in North Idaho can be found at panhandlehealthdistrict.org/covid-19/vaccine. As of Feb. 3, an announcement at the top of the webpage reads: “Vaccine appointments are full. An announcement will be made when more are made available.”

Gavin said Jan. 29 that PHD currently does not have any more first-dose clinics set up in Bonner County, because the county’s allotted weekly doses are going to care providers like Bonner General Health, which announced Jan. 27 that it would not be taking any more appointments until it had worked through the “3,000+ we already have in our system.”

“We are utilizing all those doses, just in the community,” Gavin told the Reader. “In Bonner County, we just need more doses, is the main thing.” 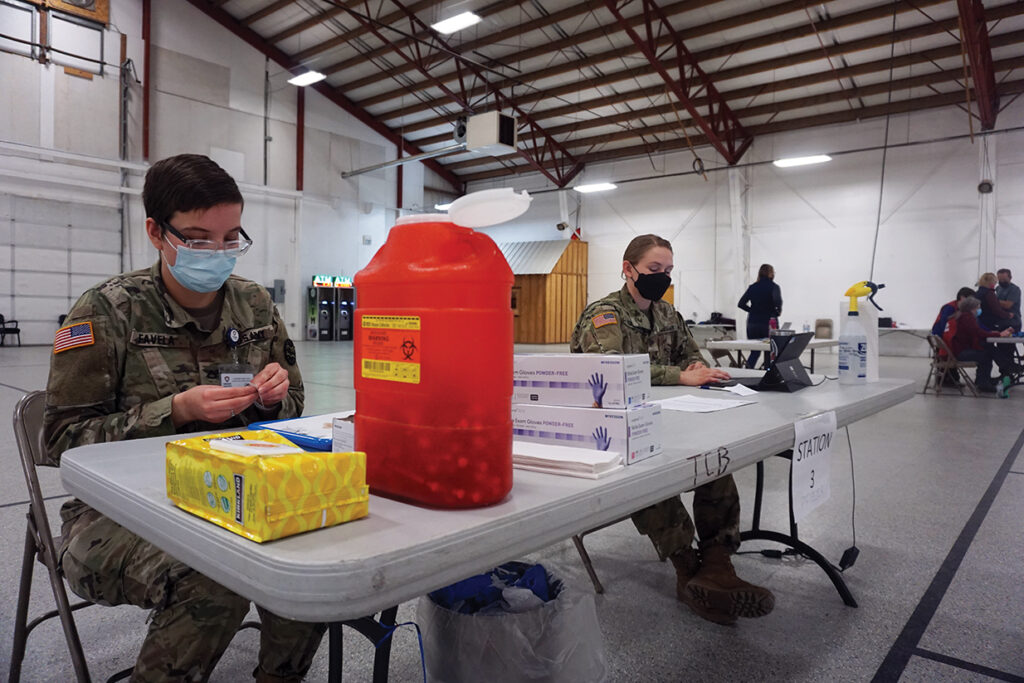 In response to what health officials are calling a decline in case counts and hospitalizations, Little announced Feb. 2 that the state would move up to Stage 3 of the Idaho Rebounds reopening plan, allowing for gatherings of up to 50 people. However, the governor emphasized that Idahoans should “stay vigilant” in their social distancing and masking practices.

Despite the current demand for the vaccine and growing waiting lists of those looking to make appointments, Little said that future phases of the vaccine rollout may not see the same demand due to people opting out of the shots. In Bonner County, particularly, distaste for vaccines is well documented — a 2018 study by PLOS Medicine revealed that the county ranks second in the nation for vaccine exemptions for Kindergarten-age children.

When asked how he and his public health team plan to approach vaccine refusal, Little said “we’re going to have to do some promotion, but every day that somebody knows somebody who’s been [vaccinated], and they feel better, they’re more comfortable about their life, they didn’t have any negative consequences — that’s going to help.”

Little, who received his first shot of the Moderna vaccine on Jan. 25, said he experienced no side effects.

“I’m keenly aware of vaccine hesitancy, reluctance and, in some cases, darn right hostility,” he continued. “We have no intention of mandating, from the state, that people get a vaccination, but there’s going to be certain businesses and certain places you go where it’s going to be required. The safety of it is absolutely the most important thing. … We are going to have some people get sick [from the shot], there’s no question about it, but the alternative of getting COVID — particularly severely — is way worse.”

Panhandle Health District does not currently have any vaccine appointments available, but you can call its COVID-19 hotline at 877-415-5225 to ask questions. See a complete timeline of Idaho’s estimated vaccine rollout at healthandwelfare.idaho.gov/covid-19-vaccination.