Commissioner McDonald: Claim is an ‘act of desperation’

The rift between Bonner County commissioners and Sheriff Daryl Wheeler over a lease agreement for an ice rink to be built next to the Bonner County Fairgrounds continues to widen, as Wheeler emailed a complaint Dec. 6 to Bonner County Prosecutor Louis Marshall alleging that the commissioners violated open meeting law in noticing the ice rink item on business meeting agendas.

Wheeler’s email, on which several county officials and members of the media were copied, argued that the commissioners inadequately advertised the action on hand at their Oct. 26 meeting, during which they voted to lease four acres of county land to Sandpoint Community Center Corporation, which has plans to build a Sandpoint Ice Arena for community use. 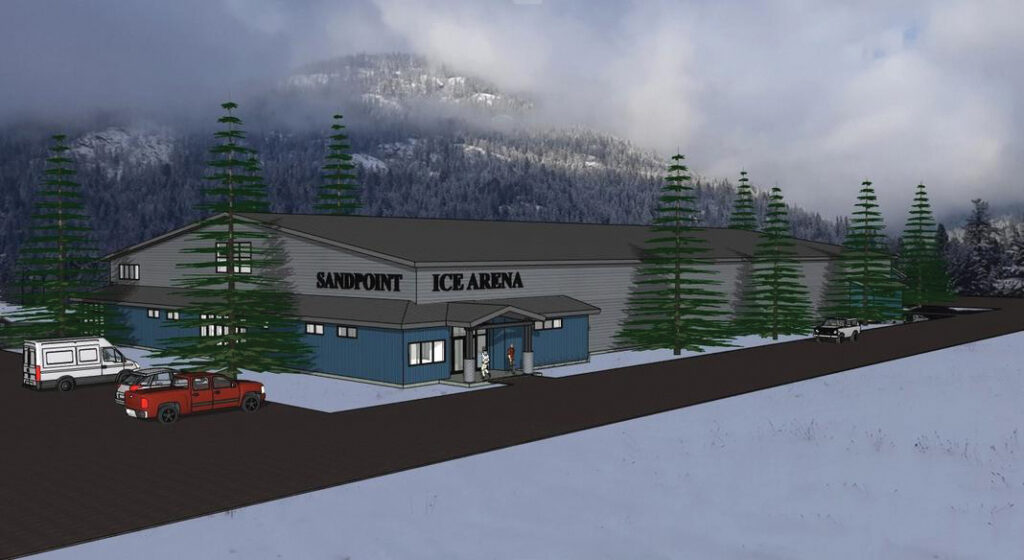 A conceptual drawing of how the Sandpoint Ice Arena will look. Courtesy image.

“There was no good faith effort in the notice that the property up for discussion was the property located directly behind the Sheriff’s Complex, where the old Idaho National Guard Readiness Center was located,” Wheeler wrote. “That fact alone would have stimulated items of discussion amongst the other county elected officials, to include me as the elected sheriff.”

Wheeler, who lambasted the commissioners on Facebook in early November, also alleged that the county inadequately noticed a Fair Board meeting about the ice arena back in March, and asked that Marshall “find this meeting was improperly noticed and declare that the MOU and contract is void.”

Marshall told the Reader on Dec. 6 that he was “looking at the issue.”

“Normally, alleged open meeting violations by boards of commissioners are investigated by the attorney general’s office,” he continued, “so I will be in contact with the AG as well for assistance.”

Commissioner Dan McDonald told the Reader that he found Wheeler’s claim “lacking any real foundation under the law.” McDonald also noted that he was “confused” as to why the sheriff would send his complaint to the prosecutor’s office when open meeting law violations are investigated by the AG.

“The prosecutor’s office created, reviewed and approved the MOU, and it was clearly properly advertised,” McDonald said. “It appears the sheriff’s claim is without merit and screams of an act of desperation to me.”

McDonald said that Wheeler has been made aware of the state statutes that allowed for the MOU between the county and the Sandpoint Community Center Corporation, which the commissioner added will “provide much needed revenue to offset taxpayer support” in the form of financial benefit to the fairgrounds.

“[T]o me, it’s baffling why he believes he should object to something like this that will benefit the county residents and taxpayers,” McDonald said. “We’ve made it clear that this land was never set aside for a justice facility, and that there is a far better location for a potential justice facility to be built in the distant future.”

McDonald said the ice rink lease “also doesn’t impact our plans for future jail expansion, should we ever need it.”

“So again, with all that, I’m not sure why the sheriff continues to tilt at windmills,” he said.