Sandpoint is familiar with sending young people out into the world and then watching them do awesome things with their lives.

More rare, however, is the young person who leaves Sandpoint, does awesome things and then finds a way to continue putting their unique touch on their hometown.

Tyson Bird is one of these people. 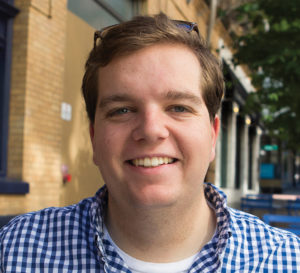 After graduating from Sandpoint High School in 2014, Bird attended Ball State and studied journalism graphics with a minor in entrepreneurial management. He currently lives in Austin, Texas, and works as a digital designer for Gatehouse Media. In his everyday work, he creates digital media packages to accompany news stories from newspapers across the country.

But one of Bird’s most recent endeavors can be seen exclusively in Sandpoint — on Snapchat.

“All these cities have all these cool, artsy filters and Sandpoint doesn’t,” he said. “It’s always really bothered me when I visited.”

Snapchat filters, for those unfamiliar with the app, are colorations, borders and other graphics that users can apply to their photos while using the app, designed to send timed photos and videos to fellow Snapchat users. When Bird looked into how to submit a geofilter only available in the Sandpoint area, he said he found the process simple. With Adobe Illustrator, he put his own spin on a typeface, added some simply drawn scenery and uploaded the file to Snapchat’s website in May.

This month, Bird received an email that the filter had gone live and was available for use. On Aug. 2, he tweeted: “@ Idaho friends I designed a Sandpoint snap filter that’s supposed to launch today please check it out (mostly downtown/beach only).”

In its first day, the filter saw 1,500 uses. As of Tuesday, Bird said 2,500 individual users had applied the filter, and 104,100 people had seen the filter through Snapchats from friends. 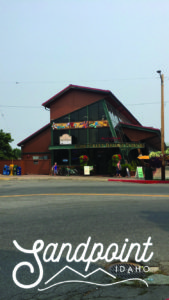 Bird was also asked to design the Snapchat filter for the Festival at Sandpoint, which will only last through the festival. As far as future work with the social media platform, Bird said he plans to help news outlets utilize Snapchat as a journalism tool in his work with Gatehouse Media.

“I think it’s one of the most innovative social media platforms,” he said. “In the beginning people were like, ‘Oh, it’s only for sexting,’ and now the New York Times has a story that is animated and has sound. Snapchat is this really dynamic platform that people are trusting for news, and it’s so elegantly designed, which is appealing to me.”