Talented filmmakers live all over the country. Problem is, outside of global cinematic capital cities like Los Angeles and New York, it’s tough to find an audience. 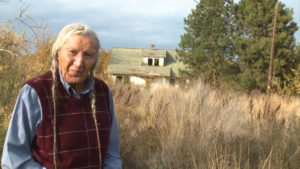 A new local film festival seeks to address that problem. Started by a core group of local artists and filmmakers and headed up by Sandpoint Filmmakers Network founder Aric Spence, the Sandpoint Radius Film Festival is envisioned as a showcase for short films by filmmakers from Idaho and the Inland Northwest.

“As filmmakers ourselves, we wanted to provide a platform where filmmakers from the Pacific Northwest can have their short films shown to an audience on the big screen,” Spence said. “Filmmakers will receive meaningful feedback from the judges about their work, and we are allowing ample time for the audience and the filmmakers to get together and talk in between each of the film blocks.”

The “radius” in Sandpoint Radius Film Festival refers to the geographical sphere qualifying filmmakers to showcase their work. According to Spence, it was originally a 200-mile zone emanating from Sandpoint. This was later expanded to 400 miles, drawing in larger filmmaking markets and schools in Portland, Seattle, Boise and Vancouver.

“There seems to be a lot of excitement from both the filmmakers and the public,” Spence said. “The idea for a regional festival is fairly unique, and the lineup we have put together for the three film blocks is quite diverse.”

In seeking out submissions to the festival, Spence and other organizers began by notifying the 150-plus members of Sandpoint Filmmakers Network as well as the nearby universities. They then expanded their reach through social media, which drew in additional submissions. The expansion from 200 to 400 miles also bolstered submissions, leading to a full lineup prepared for the festival. Accepted films range from documentaries to comedies to dramas.

“We have a musical which was shot at a coffee shop in Spokane, a documentary about Yakima tribal leader Russell Jim. We have a mockumentary poking fun at reality TV shows, a one-take tone poem shot at the Sandpoint Depot, a documentary about a person with ALS, a film from Nampa about what it is like growing up as a younger brother,” Spence said. “There is even a local experimental film, a documentary from Vancouver about a very special crow, an homage to David Lynch, a music video along with many other films for festival goers to enjoy. There really is something for everybody.”

Spence’s hope is that Sandpoint Radius Film Festival will grow into a two-day event drawing in filmmakers and film lovers from all over the region. If any locals wish to help that happen by sponsoring next year’s event, they can call Spence at 208-263-3278.

“(We hope) Sandpoint, Idaho, will become a place known for giving regional filmmakers a platform to shine while promoting emerging filmmaking talent from around the Pacific Northwest,” Spence said.

Sandpoint Radius Film Festival takes place Saturday, June 23, at the Panida Theater with film block one starting at 1 p.m., block two at 4 p.m. and block three at 7 p.m. A single block is $8, while a full pass is $15. Tickets can be purchased online at https://filmfreeway.com/SandpointRadiusFilmFestival/tickets until June 21 or with cash at the door. In addition, a meet and greet will take place 6 p.m. Friday, June 22, at the Little Theater. Check out the full lineup of films at https://sandpointradius.com.