The quest for healthy birth

When my best friend called to tell me her water burst, I hit the road. I told her I would be there in a couple of hours (she lives in Spokane) and that we would carpool to the birthing center together. However, births have their own schedule. This was her first planned “natural birth” with a midwife, and she wanted me there to support her.  She was late and very large, and for weeks I was on hold, waiting for her call.

Giving birth is frightening. From my own experience, it felt like my pelvis was an egg about to crack open, and I was terrified for my little chick. Living in the world’s richest nation does not ensure optimal care or winning chances of survival either. Our infant/neonatal deaths are statistically worse than most all of the industrialized countries. If the U.S. were as healthy and received as good of care as, say, Italy or the Netherlands, we would have 8,000 fewer infant deaths per year. 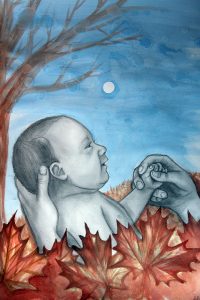 Overall, the world is improving care for pregnant women, with maternal mortality decreasing, but the U.S. is getting worse.  Take a look at the graph to see the strange pattern. Out of all the industrialized countries, we are the most dangerous place to give birth, and sadly, that gap is widening each year as our maternal mortality rates are on the rise.

What is going on? Many say it has to do with our country’s higher levels of obesity, as well as increased usage of alcohol or drugs (pharmaceutical or otherwise). Some natural birth advocates say that these statistics line up with our modern methods, which include far too many interventions in dealing with a natural process.

Approximately one-third of births in this country are born by cesarean section. A century ago John W. Williams, the pioneer of scholastic obstetrics, wrote “[The C-section] requires only a few minutes of time … while [vaginal birth] often implies active mental exertion [and] many hours of patient observation…”

In countries where this valuable intervention is not possible, lives are lost, but so too are lives within industrialized countries that offer the major surgery. In several industrialized countries, both their rate of C-sections and maternal mortality are far less than ours. Over a quarter of mothers report to receiving pressure towards C-section; it is quicker and more expensive. There is probably an ideal percentage of cesareans that are performed for true emergencies, allowing the low-risk women an opportunity to deliver naturally while avoiding the risks from the surgery. The ideal rate of cesarean surgeries may be closer to a fifth, rather than one-third.

Between 2004 and 2010, the number of home births in the U.S. rose by 41 percent and a study was conducted as a result. Among 16,924 women who planned home births at the onset of labor, 89.1 percent gave birth at home, and only 5.2 percent delivered by cesarean.

One of the reasons my friend wanted me at her birth was because she was aiming to labor naturally for the first time, and I have had three home births. My boys began their lives with “planned unassisted homebirths,” meaning that my instincts, good diet and exercise were my prenatal care, and my husband was my midwife.

Like a pregnant cat in search of a dark, hidden location, I wanted to birth alone. I wanted the empowerment of my OWN births, without pressure to have an epidural and C-section. In my 20s, totally headstrong and detached from death, I ended up really lucky.  My unassisted home births went well, as many have for thousands of years, but what if I had needed an emergency C-section?

If one of my babies had died, I would have regretted the decision to birth without an expert’s assistance, for the rest of my life.  Thankfully I didn’t pay for my stubbornness with tragedy, but with years of busywork and even a court appearance, to obtain citizenship for my children born in secret. Extreme autonomy is unwise.

It is wise to lean on someone knowledgeable and strong. Local midwife Denise Midstokke, LM,CPM, is one of those people.  Several friends and acquaintances have testified that Denise is “the best.”  With over 30 years of experience (“catching” around 65 local babies a year), she is a pillar in the community. I envy the relationship that my friends have had with Denise, as though she were “mothering” them through the difficult process.  Faith in a master can bring about relaxation, which is paramount in easing labor. Remembering how I failed to breathe properly and reached a high C soprano scream of panic with each of my births, I would have benefited from a relationship with someone like Denise.

“Our hope as midwifes is that all options of care could be recognized as valid approaches to supporting families’ choices and that we could be recognized by the community hospital and medical providers as a member of the health care team,” said Midstokke. “Licensed midwives provide prenatal, birth and postpartum care to moms and babies. We believe that birth is a natural process and wish to support this process.”

But our local midwives have limits, as do our local hospitals. The highest risk births in our community are medevaced into Spokane. Even at Sacred Heart Hospital, with all the latest incubators and finest surgeons, deaths still happen. Birthing babies has always been dangerous work.

In the dark night of Sept. 18, I sipped my coffee and sped towards my laboring friend.  Imagining that I was in for a long night of massaging her lower back and playing the comic relief to her pain, I was shocked to find a perfectly formed and alert newborn, drinking breast milk from my blissful-looking friend, when I arrive. It was quite enough that my best friend and her baby were alive and well—this is the definition of a successful birth to most, no matter how it is done—but she had the bonus of a very quick natural birth, which was her ideal.