While the extended local forecast calls for freezing temperatures, there’s a hot-and-bothered front moving in as we approach Valentine’s Day on Sunday, Feb. 14 — perfect conditions for Dark Love Stout Week at the 219 Lounge.

“Love is in the air and so is dark beer,” said 219 Manager Mark Terry. “It’s also the coldest week of the year to be pouring 14% beer, so that kind of worked out in our favor.”

Launched as a single day set aside for sampling high-octane dark beers in 2018, the annual event had to be put on hold in 2020, as “COVID gave us the COVID kibosh,” Terry. While the 2018 and 2019 events took place in tandem with the winter solstice, Terry said the de facto third annual dark beer sampler is extending into a multi-day affair, which began Feb. 8 and will run through Feb. 14. 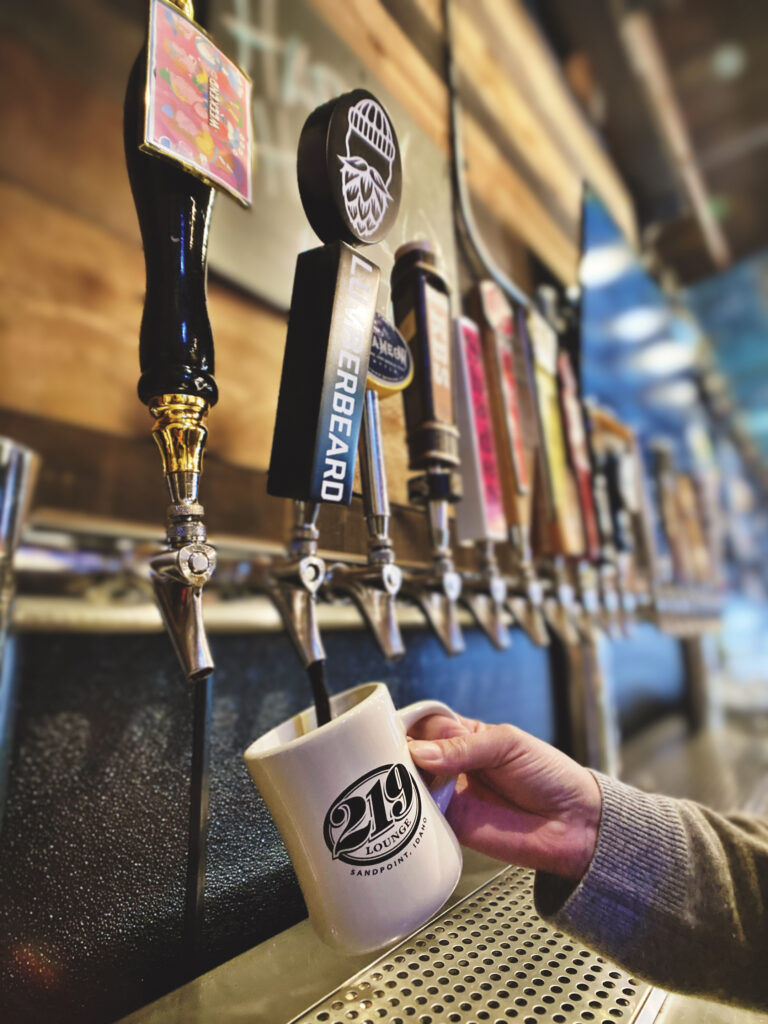 A commemorative mug for sale at the 219 as part of Dark Love Stout Week. Courtesy photo.

Since the kickoff of Dark Love Stout Week, the 219 has added two new stouts to its tap lineup each day, continuing through V-Day, with three additional barrel-aged stouts poured from bottles and cans one day only on Saturday, Feb. 13.

“You don’t have to come on just one day; each day we progressively have more and more stouts on,” Terry said. “You have a whole week, and kind of the reasoning behind that is being COVID-aware, giving people who don’t want to come on the busiest day of stout week the chance to come in and try the beers when it’s not quite so busy.”

“Our lowest alcohol content beer for this event is 10.1% [alcohol by volume] and the highest is I believe 14.2%,” Terry said. “That’s another cool thing about spreading it throughout the week; you have time to savor the beers, not feel like you have to taste them all on the same day and worry about getting maybe a little too tipsy.”

Special to Feb. 13 only will be bottled 2018 Canadian Breakfast Stout from Founders, canned 2019 ADA County Stout from Woodland Empire Brewery in Boise and bottled 2020 Rusty Nail from Fremont.

“They were very, very rare and we managed to have a few put aside for us when they came out months and months ago,” Terry said, referring to several of the harder-to-find selections.

“What’s been really cool with a lot of these beers moving forward from traditional styles is they’ll take the imperial stout and add toasted coconut, espresso, marshmallows, cinnamon… they’re getting very creative with their beers,” Terry said, referring to so-called “pastry stouts.” “There’s a lot of exciting beers on tap.”