Former Sandpoint midwife Denise Midstokke reached a plea deal last week in criminal charges stemming from the death of a newborn she was hired to deliver.

According to court documents, Midstokke entered an Alford plea, which recognizes that enough evidence exists to result in a conviction but does not admit to any wrongdoing, in exchange for reduced charges. In exchange, the state reduced the charge to practicing medicine without a license, a step down from the previous charges of involuntary manslaughter and destruction of evidence. According to court documents, the charge stems from the use of “a ‘Cook’s Bulb’ catheter outside the standard of conduct allowed under the IDAPA Rules of the Idaho Board of Midwifery, and failing to transfer care when compelled to do so by those same rules.” The charge carries a maximum sentence of five years incarceration and a $10,000 fine.

With a new plea entered, the next step in the procedure is sentencing, which is scheduled to take place in early December and will likely result in Midstokke’s ouster from the midwifery profession. It’s a similar outcome to Midstokke’s procedural battle with the Idaho Board of Midwifery earlier this year. 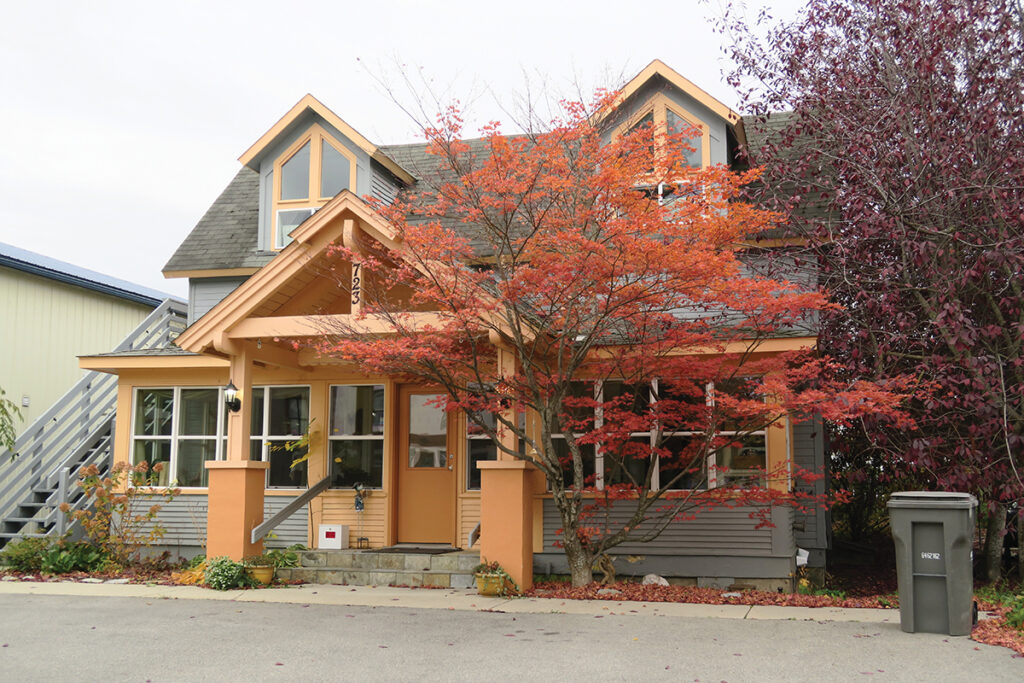 “In this case, Ms. Midstokke did not admit she violated Idaho midwifery laws, but she did agree to certain sanctions, including relinquishing her midwifery license,” said Ken Nagy, Midstokke’s attorney in her regulatory board case.

The news of Midstokke’s civil and criminal legal troubles hit Sandpoint like a thunderbolt earlier this summer, prompting feverish social media discussion. A veteran midwife who assisted with the delivery of about 1,500 babies over a decade-long career, Midstokke found many sympathetic North Idaho residents who reported their positive experiences with her on Facebook.

According to the criminal complaint, prosecuting attorneys initially alleged that Midstokke’s actions unlawfully, but without malice, led to the death of an infant on Jan. 26.

“[The incident allegedly occurred] in the commission of a lawful act which might produce death without due caution and circumspection, by willfully and wantonly failing to provide proper medical care,” the complaint reads.

According to an opinion by a forensic pathologist included in court documents, the infant was delivered with medical complications and taken by paramedics to the hospital, where she later died. On Jan. 26, when the mother began experiencing contractions, Midstokke and a second licensed midwife, Krista Hays, arrived to oversee the birth. Though court records indicate the pregnancy showed no warning signs prior to the night of delivery, the baby was nevertheless born with breathing issues. Midstokke attempted to resuscitate her, but to no avail.

As a result, Midstokke first faced the Idaho Board of Midwifery, a governing body formed by the state to oversee Idaho’s practicing midwives. The question before that body and now a criminal court is the same: Did professional malpractice result in the newborn’s death?

Modern midwives can take several paths to establish their career. Those who choose to go through the more conventional medical system can become a certified nurse midwife, who specializes in prenatal and birthing care. For midwives who practice alternative care, the Idaho Board of Midwifery specifies what services they can and cannot perform, and what medical situations they’re authorized to oversee.

Under those guidelines, it’s the midwife’s job to inform parents about the risks associated with home births — a duty Midstokke claims she followed to the letter, according to court documents.

Following the infant’s fatality, Midstokke first faced this regulatory board to defend her actions that January night. Nagy, an expert in Idaho midwifery laws, represented her during the proceedings. While he can’t discuss the details of the Midstokke case apart from matters of public record, he could explain the details of Idaho’s regulatory laws more generally.

Adopted in 2010, the law establishing the Idaho Board of Midwifery details the scope of the midwife profession and establishes disciplinary measures and punishments for those who fail to follow those regulations. The law also details exceptions for several classes of people, including those practicing a religion in good faith, individuals performing emergency care, certified nurse midwives and student midwives practicing under the care of a licensed professional.

Individuals who feel a midwife has been negligent can file a complaint with the board. According to Nagy, the identity of the person filing the complaint is a tightly guarded secret.

“That’s because it’s such a high priority to protect the safety of mothers and their babies,” he said.

In many cases, it’s easy to infer the identity of the person filing the complaint. Not so in the Midstokke case. That’s because so many individuals, from parents to medical professionals to other midwives, were involved.

Resolving a complaint against a midwife can likewise take a serpentine path. Oftentimes the aggrieved party will propose a settlement, which the accused midwife can either accept or reject. If a settlement isn’t reached, a hearing officer will oversee the case and bring it to a conclusion, one way or another.

Idaho, like most other states, regulates midwives for a reason: They provide a popular service for expecting parents. But the question remains: Why would a couple seek out a home birth over a hospital birth, or vice versa?

Nurse practitioner Michelle Anderson understands both points of view. She delivered her first child in a birthing center and her second at home in her own bed. Both approaches offer different experiences, and for many parents, the experience of welcoming their child into the world is the most important factor of all.

A hospital is fully equipped with the staff and machinery to handle most situations and complications. They have methods to help a mother handle the pain of childbirth. But for some parents, hospitals are a cold, clinical environment ill-suited for welcoming their child into the world.

By contrast, most midwives seek to forge a personal connection with their patients. The service is often described as “holistic,” prioritizing the emotional experience as much as the biological mechanics of childbirth. According to state oversight, however, they’re required to advise higher-risk parents of their situation and refer them to the proper professionals if needed.

“You think of a midwife, and you think of something softer and gentler than a hospital,” Anderson said.

Regardless of the approach parents take, Anderson said it’s important to remember that few medical procedures are free of risk. That includes childbirth. It’s now up to a court to determine whether that inherent danger or professional negligence was the root cause of the January tragedy.