There are a number of commonalities between Hopfgarten, Austria and the Sandpoint area. Both are ski communities; both sit between 2,000 and 3,000 feet of elevation; both have similar population sizes; and, as of the beginning of this year, both are homes of BlueSky Energy — a European-based manufacturer and seller of high-tech, green energy storage systems. 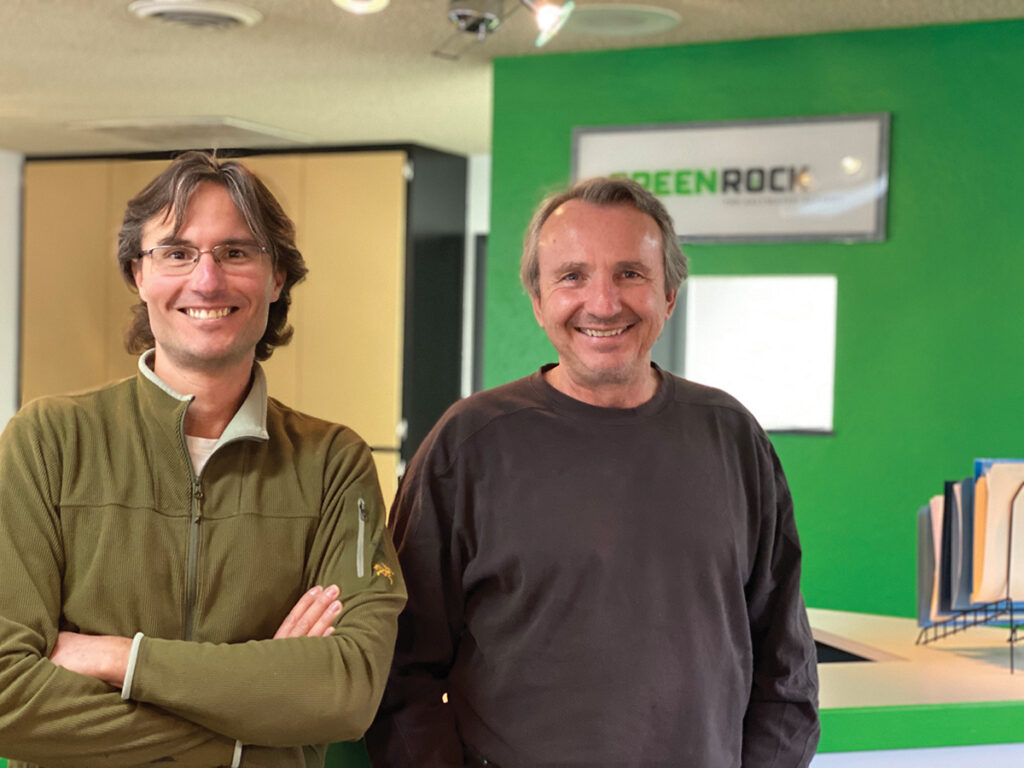 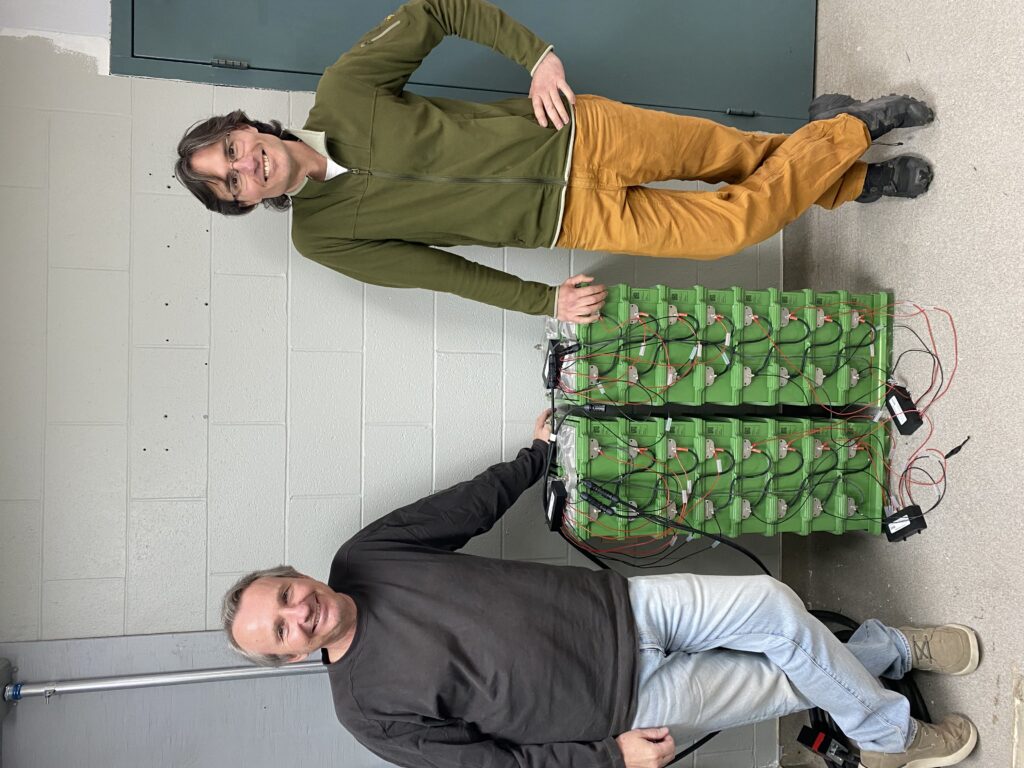 “There is a real connection in this business and these employees with Austria and North Idaho,” said Lyle Gold, who helms BlueSky’s North and South American operations from the company’s location at 875 Kootenai Cutoff Road in Ponderay.

That’s where, since January 2020, BlueSky has been quietly setting up a facility to assemble battery components shipped from its home offices in Austria and sell them to clients in the Western Hemisphere. Business has been good, Gold said, already with a backlog of orders fueled in large part by individuals interested in living off the grid.

“Energy storage for homes is something that’s very popular in this area, western Montana and Oregon,” he said. “We get a lot of drop in customers here … I’m amazed.”

Still, the company has flown largely under the radar — “I think we’re still kind of invisible, unless you drive by on Kootenai Cutoff and look at the sign,” Gold said — but that’s somewhat by design. The goal is to ramp up to a manufacturing center, which requires time, labor, capital and certifications. But that may happen sooner than later.

“We could see ourselves manufacturing these products in great quantities right here in the Sandpoint area within a year or so,” Gold added, underscoring that near-term political course changes in the U.S. may help fuel the green energy industry — and its allied sectors — even further.

“With the new administration? Absolutely. I just saw something today saying there’s going to be a lot of legislation about renewable energy,” he said. “I keep thinking, ‘I can’t get this company up fast enough.’ … I really think renewable energy is going to be part of our day-to-day life in the years to come.”

Though it’s technically accurate to call the company’s products “batteries,” it doesn’t do them justice. These are large pieces of equipment — the smallest systems weighing 300 pounds each — intended to store energy produced by solar or wind resources powering homes, businesses and even industrial facilities without total reliance on the grid.

Even more unique, BlueSky’s Greenrock battery uses saltwater — rather than lead acid or some other corrosive, potentially flammable or explosive substance — as its electrolyte, and the larger Vigos battery is of lithium titanate construction, meaning it can serve as an outdoor energy storage system in temperatures ranging from 0 degrees to 150 degrees Fahrenheit.

Both batteries are in use from Cocollala to Austria to South Africa and beyond, serving users from single-family homes to a multi-billion dollar mining operation — the latter which has purchased four systems in order to get rid of its diesel generators at mine sites and switch to solar.

Gold said he uses four Greenrock saltwater batteries and solar panels at his home in Cocolalla, and they “pretty much run my house during the summer. I barely use the grid in the summer at all.”

That said, it’s not exactly cheap to install these systems. Gold said a small system of saltwater batteries costs about $13,000 while the bigger systems can run into the $30,000-$40,000 range.

Yet, “when the grid goes out, I don’t even know it,” he said. “[The battery system] just transfers to the house. I’m using the internet, watching TV. I’m an island.”

The notion of mingling compartmentability and connection typifies not only BlueSky’s product but its history. Gold said that while the company itself dates back only to 2012 in Austria, its roots are solidly in North Idaho and can be traced to 25 years ago when he met Hansjörg Weisskopf working for a tech company in Coeur d’Alene.

After a time, the pair struck out on their own, eventually manufacturing ultrasound machines for General Electric in Weisskopf’s native Austria. Gold kept his home in Cocolalla but relocated to Austria to help manage operations with Weisskopf as founder and CEO. After about 10 years of that, and with a team of trusted experts assembled, they transitioned out of the medical device field and moved into the renewable energy space — specifically, battery systems and storage, which for decades have been considered the “holy grail” of green power, enabling these resources to be used when the sun doesn’t shine or the wind doesn’t blow.

As the Austrian operation was booming, adding an office in Belgium and expanding its sales outside of Europe, the company decided that Gold ought to move home to Idaho, rent a space, hire some workers and establish BlueSky Energy’s sole North American facility with the only license to sell its products.

So it was, in January 2020, when BlueSky started marketing its Greenrock saltwater battery from the Ponderay location and Gold got to “live the dream” of coming back to Cocolalla while continuing — and growing — his work.

“I feel that every day,” he said, adding that “I can’t not take advantage” of the opportunity to sell Greenrock batteries under the only North American license. Even better, the Austrian operation is two years ahead of what’s been established in North Idaho, so Gold and his team of four employees are able to “ride their coattails” while following their European colleagues’ expansion model.

The kind of development of BlueSky Energy and its Greenrock facility in Ponderay represents what area economic development experts and planners have long envisioned for the area: high-tech manufacturing, ideally with a green-tech bent, employing a well-paid, educated workforce. However, in years past, issues such as scant availability of qualified labor, limited supply chain access and inadequate technological infrastructure have presented challenges to those types of industries.

Gold said times may have changed, saying the supply chain is “pretty good,” with the ability of the company to source most of what it needs from the Northwest. Meanwhile, he had no complaints about issues like internet connectivity and labor hasn’t been a problem — so far.

“Ask me that same question in three months when we finish our private equity offering and we expand and start needing to hire people for factory management,” he said, though added that the Sandpoint area’s newfound status as a “Zoom town” where coastal tech workers are able to perform their jobs remotely, combined with its longstanding reputation as a relocation hotspot, has already drawn the interest of retired heavy tech hitters from companies like Google and Microsoft.

“Yes, I think in this area, if I’m looking for a slew of engineers, I can advertise in major markets in the Northwest and people will move here at the drop of a hat,” he said. “I don’t think I’ll have any trouble attracting some of the best.”

To learn more about BlueSky Energy and its Greenrock saltwater batteries, visit bluesky-energy.eu or greenrockbatteries.com.