The making of Ziggy Stardust

David Bowie is firmly cemented in music history as a worldwide rock icon who pushed the limits and dared to be exactly who he wanted to be — whether that be himself or behind the artistic guise of one of his many alter egos. 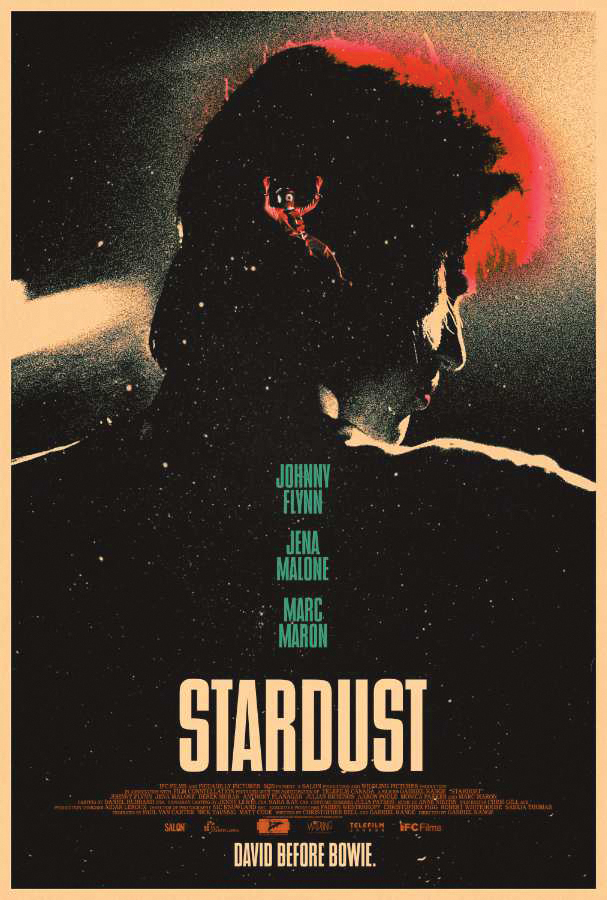 The first of those personas, Ziggy Stardust, is the focus of the 2020 biopic Stardust, which the Panida Theater will screen Wednesday, Nov. 25-Sunday, Nov. 29.

Early reviews of the film laud its “glittery moments,” as 24-year-old Bowie — played by English singer-songwriter Johnny Flynn — navigates his first visit to America and the uphill struggle to find a foothold in the high-stakes world of pop music, which at the time may not have been ready for such a unique character. However, Bowie did eventually find his way into the alter ego that would define the early years of his career: Ziggy Stardust.

Stardust depicts the humble beginnings of an artist who rose to a position among music’s greatest stars thanks to his idiosyncrasies and innovation.

Still, the biopic is missing what many critics see as a critical component: Bowie’s music. Without the family’s approval, director Gabriel Range continued to move forward with the film anyway, making it an exploration of the artist — not the art.

It’s an aspect of Stardust that George Howarth, a critic with One Room With a View from the London Film School, claims actually plays to the movie’s advantage in an age of epic and often exhausting making-of-the-artist films.

“Though the idea of a Bowie film without his music may turn off most fans and may seem slightly pointless, Stardust succeeds somewhat in its simplicity,” Howarth writes, “standing in stark contrast to its bombastic, big budget contemporaries.”