Phantom footsteps and the graves next door

Learning to live with the family ghosts

Everybody is afraid of something. When I was 7 years old, there was a period of time lasting about a year when I was consumed by the fear of ghosts and paranormal activity. I recall agonizing nights lying in bed with the covers pulled tight to my chin, my overactive imagination turning the bedside table lamp’s silhouette into a disembodied head, or the pattern of the wallpaper morphing into a grinning apparition about to slip its hand over my nose and mouth to suffocate me in my sleep. Often I would hold out as long as I could stand, then sneak downstairs to sleep on the living room couch, where the sounds of my dad’s snoring or the gentle cooling tick of the fireplace was enough to finally lull my brain to sleep.

One would think the fact that I grew up next to a graveyard would have something to do with this irrational childhood fear, but the truth was, the cemetery was always a peaceful, serene place. Like some creepy kid in a Stephen King movie, I would always stand at my bedroom window watching whenever someone was laid to rest. After the service, I’d walk over and check out the new neighbor’s tombstone. 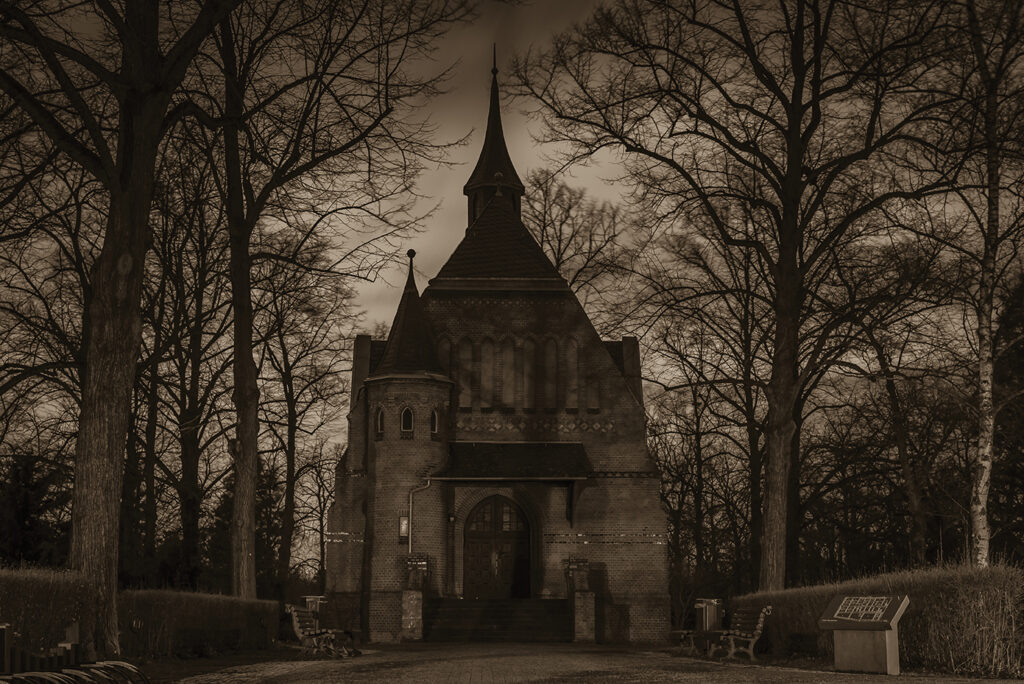 Sure, the cemetery was a spooky place to bring friends on dark Halloween nights, but in reality there was nothing remotely scary about living next to a graveyard. I’ll bet many of you out there would gladly prefer a couple hundred quiet skeletons next door over your loud neighbors who don’t understand that it isn’t cool to start the table saw at 6 a.m. on Saturday mornings.

No, that childhood fear of ghosts was the result of my mom’s experience living in — and my brief visit to — a haunted house in California.

My mom, Val, grew up in Ventura, Calif., which is where she met my father. She was temping at the FBI, where my dad was working as a welfare fraud investigator in the 1970s after he retired from the U.S. Army. While making plans to move away and start their family in North Idaho, they both stayed briefly in my grandparents’ home in Ojai, Calif., where this ghost story really begins.

“It was an old Victorian home in Ojai on Grand Avenue,” she said in a phone interview. “It was on an acre or two-acre lot, and there was a church next door and a barn out back.”

According to my mom, the legend went that an old man committed suicide in the house years before her parents owned it, but she was never able to confirm whether it was fact or folklore.

“I don’t remember if he hanged himself, or what, but the bottom line was there was a presence in that house,” she said. “It was an active house.”

That was proved one night while my mom and dad were watching the house for my grandparents while they were out of town.

“Your father, as you know, was a skeptical person,” my mom reminded me as a precursor to the story.

They were lying in bed and started hearing footsteps — loud, heavy footsteps. Then a door opening and closing abruptly.

“The problem was, that door that opened and closed was there, but my dad had a huge piece of furniture blocking it,” she said. “It was not really used a whole lot. And I’m sure that’s the door we heard open and close.”

It wasn’t the first time something else had been detected at the house. My mom recounted to us kids stories about how the lights would flicker on and off, hearing footsteps, seeing peripheral visions and a cold feeling when in certain rooms of the house.

“The house was most active in my brother’s room,” she said. “A lot of times, all the drawers would be pulled out in the morning and stuff would be strewn everywhere. Sometimes things were turned upside down. You never really saw anything straight on, but sometimes you’d see something in your peripheral vision. You just knew something was there.”

She said it wasn’t a terrifying feeling, but generally a feeling that someone was attached to the house.

“Oftentimes, I would be upstairs by myself talking to someone on the phone and all of a sudden it got real cold,” she said. “It was like someone was breathing. You could feel it.”

These were just “ghost stories” she told us while we were growing up, but it wasn’t until we visited our grandparents years later in Ojai and wound up visiting the old haunted house that my fear of ghosts truly took hold.

It was a home tour and my mom explained that this was the house she told us about. When we knocked on the door and the current owners answered, she explained to them that she used to live in the house.

My mom asked the owners if they had experienced any of the “activity,” and when the wife nodded slowly and said they had, all my fears coalesced in that one gesture. It wasn’t just a bunch of spooky stories anymore; it was a real place, where real people had also experienced the phenomenon.

After we returned home to Sandpoint, my imagination had already taken flight and cemented that terrible year of frightening images flickering through my brain whenever the lights went down.

No matter how much teasing my sisters gave me and how much my mom explained that the “presence” wasn’t an evil one, I was convinced that my bedroom was haunted with all sorts of freakish ghouls. One night, our family dog was lying in bed with me and suddenly sprang up and started barking at a spot on the wall, then ran yelping from the room. Another time, I swore that I woke up as my pillow was yanked out from under my head and flung across the room. But those are easily explained away as benign interactions — it was the thought that there were actual ghosts existing in this world that made it so hard for me to close my eyes at night.

Then, one day, the fear suddenly subsided. I was able to sleep alone in my bedroom through the night and gained control over my active imagination.

Today, as a journalist, I view ghost stories with my father’s skepticism, but I can’t explain away the fact that the house we visited in Ojai was haunted by something. My grandparents knew it, my parents knew it, the new owners knew it. Scarier than any ghost was the fact that they all agreed something was there, which means it could exist anywhere. Even here. Sleep tight.