Local police departments are requesting citizen aid in tracking down a pair of suspects in a Perfection Tire robbery.

According to Sandpoint and Ponderay police departments, on Nov. 24, an unknown male and female suspect robbed Perfection Tire, getting away with about $9,000 worth of various tires. 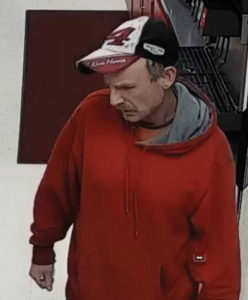 The suspect is seen clearly in these stills provided by the Ponderay Police Department. Courtesy of PPD. 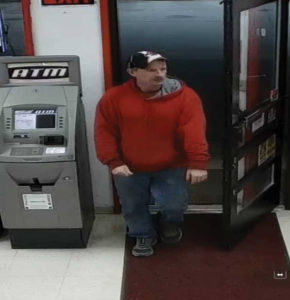 The suspects operated two separate vehicles. The male drove in “what appears to be a dark blue Dodge Truck with lighter colored bottom striping and pulling a tandem axle trailer,” according to police. The female suspect, meanwhile, drove a gray or silver sedan similar to a Toyota Avalon.

The Sandpoint Police Department publicized the case in a Facebook post, which was shared 582 times as of Wednesday evening. Several people in the comments said they believed the man was local and that they had seen him before. Others expressed sympathy for Perfection Tire and their hope that the perpetrators would be caught.

“People like this make it hard for the small business owners to catch a break, and at the holidays, as well!!” wrote Starrell Pickett Palmer. “Sure hope they’re caught and soon!!”

Anyone with information should contact Detective Sgt. Mike Victorino, Ponderay Police Department, at 208-265-4251 or [email protected]