It’ll be an eventful election season, as Tuesday, Nov. 5 marks the date when Idaho voters cast their ballots for city council members, mayors, school district trustees and, in the Sandpoint area, a pair of ballot measures. 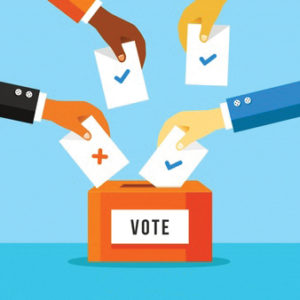 Following the deadline for candidate filing on Sept. 6, Sandpoint residents will be voting in a mayoral race including four candidates: Billy Guinan, Ken Lawrence, incumbent Shelby Rognstad and Shannon Williamson, who currently serves as president of the Sandpoint City Council.

Five candidates are vying for three open seats on the council: Andy Groat; Jacque Guinan; Kate McAlister, who also works as president and CEO of the Greater Sandpoint Chamber of Commerce; and incumbent Deb Ruehle.

Voters in Zones 1 and 4 of the Lake Pend Oreille School District will elect candidates to two seats on the board of trustees. In Zone 1, which includes Clark Fork, Hope and east Bonner County, the unopposed incumbent candidate is Purley Decker. In Zone 4, including Sagle and parts of Ponderay, it’s incumbent Geraldine Lewis versus Tara Tribbett.

All voters within the boundaries of LPOSD are being asked to weigh in on making the district’s $12.7 million supplemental levy permanent — a measure that trustees voted to include on the November ballot after seeking public input over the summer.

Finally, Ponderay voters will consider whether to institute a resort city local option tax amounting to 1% on retail sales under $1,000. Funds collected from the tax would be channeled toward projects to connect the city to Lake Pend Oreille and pursue development of the Field of Dreams park.

For more information, including ballot language, visit “Election Central” at sandpointonline.com. Keep an eye on the Sandpoint Reader in print and online at sandpointreader.com for more coverage of the 2019 local elections.