Veronica Knowlton makes transition to the Festival at Sandpoint

After just more than a year as managing director of the Panida Theater, Veronica Knowlton is stepping down to accept a new job as operations manager of the Festival at Sandpoint.

“I cannot emphasize enough how grateful I am for the opportunity to manage Sandpoint’s treasured living room for the past 14 months,” Knowlton shared in a Nov. 17 statement. “Growing a performing arts venue through the rebound of a pandemic, cultivating multiple series programs and launching the Panida Century Fund campaign has taught me a determination and resolve that I will carry with me for the rest of my career.” 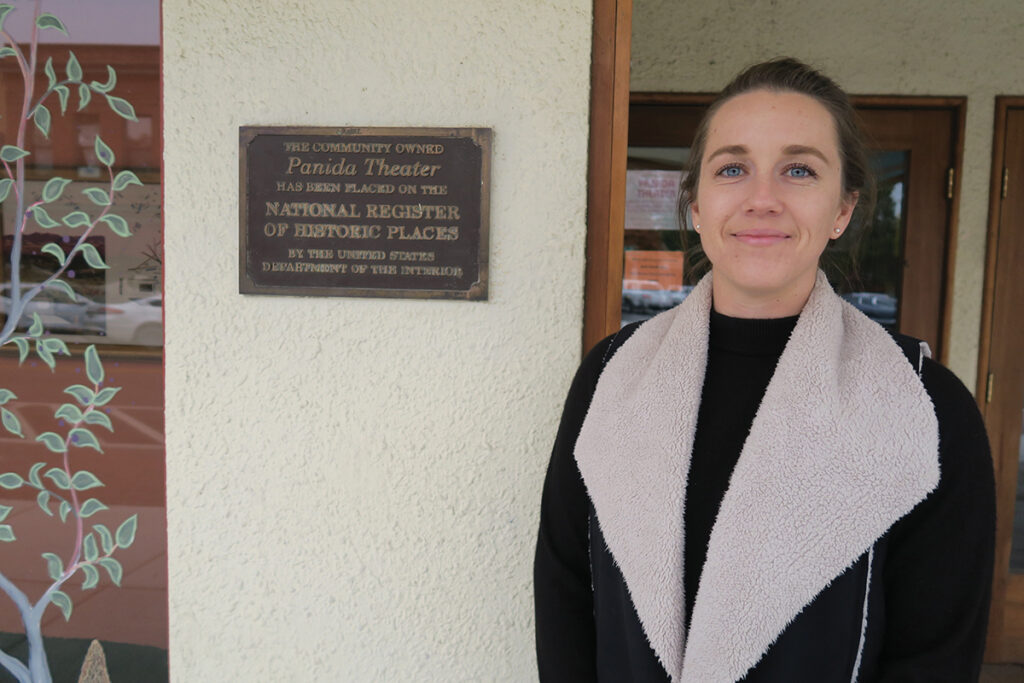 Veronica Knowlton outside the Panida Theater. Photo by Ben Olson.

The Panida board released its own announcement Nov. 17.

“For more than a year, Veronica has orchestrated the rebirth, growth and success of the Panida,” the board stated. “She has ensured that the Panida has continued as an outstanding venue for local, regional and national performers. We know the arts community will benefit from Veronica’s skills that have been so helpful to the Panida. The Board wishes her success in her new venture.”

Looking back on her time with the nonprofit, Kowlton said she is most proud to have worked closely with Panida Board Chairman Jim Healey and volunteer Chris Bessler to orchestrate and launch the Panida’s Century Fund campaign, which aims to raise nearly $2 million for capital improvements before the theater’s 100th birthday in November 2027.

“It’s really been a year-long labor of love,” Knowlton said of the campaign, also noting the fact that local internet company Ting has pledged a $200,000 match for all donations of $5,000 or less.

“That’s a huge piece of community motivation as well,” she added.

Knowlton will oversee season passes, marketing and sponsorship for the Festival at Sandpoint — a job more aligned with the fair and festival work she did for nearly a decade before joining the Panida. As for the next person to manage the theater, Knowlton said the job is best fit for someone “fun, dynamic and patient.”

“The facility is 95 years old this month,” she said. “You can plan for anything and everything with your budget and then all of a sudden you need to replace a toilet.

“There’s an element of patience that I think is required to successfully juggle all the needs of the facility,” she added.

Kowlton said she encourages anyone interested to apply for the managing director position, and that she will be involved in the transition process to ensure it goes smoothly for the beloved theater.

“I would really like to see the Panida continue the momentum that I’ve created over the past 14 months,” she said. “I would just encourage anybody and everybody to apply. It takes all kinds of kinds, you know?”

Those who wish to apply should submit a cover letter and complete resume to [email protected] The application deadline is midnight on Sunday Dec 4, 2022.