Idaho’s ballot initiative bill saga reached what appeared to be a climax Friday, when Gov. Brad Little vetoed two bills that would heighten requirements for citizens looking to get an initiative on the state’s ballot: SB 1159 and HB 296. 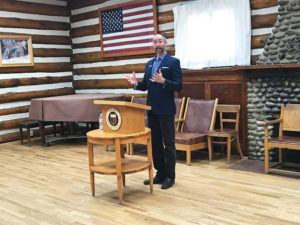 The current ballot initiative process requires signatures from 6% of voters in 18 of 35 districts within 18 months. SB 1159 brought those numbers to 10% from 32 districts in six months. Trailer bill HB 296 altered the requirements to signatures from 10% of voters from 24 districts in nine months, and would have replaced SB 1159 if both bills had become law.

As of last Wednesday, just two days before the governor’s veto, his office had amassed nearly 5,000 phone calls and emails about the controversial bills — 99% of them urging him to veto. While proponents of heightened ballot initiative requirements see it as a way to promote the voices of rural Idahoans, others see the bills as retaliation for the successful Medicaid expansion initiative that garnered more than 60% of the vote in November.

In his veto letter, Little wrote, “I question the constitutional sufficiency of the bills and the unintended consequences of their passage.”

But the veto did not mean the end for attempting to place tougher requirements on initiatives. Rep. Sage Dixon, R-Ponderay, introduced four new bills Monday that, when combined, mirrored SB 1159 and HB 296.

“This is an effort to have both (the House and Senate) and, hopefully, the governor choose what is distasteful and, hopefully, tasteful to them,” Dixon told the House State Affairs Committee, according to the Idaho Press.

The House passed just one of the four new bills Wednesday afternoon: HB 303, which would “add a single subject rule, fiscal note and funding source to ballot initiatives,” according to a live tweet from Post Register reporter Nathan Brown.

Sen. Chuck Winder, R-Boise, told Idaho Reports Wednesday afternoon that the Senate would not be hearing HB 303 before the end of the session, meaning the ballot initiative issue is dead for the year.

Bonner County man Phil Hough said he saw Little speak at the Idaho Forest Group’s contractor’s conference in Worley Wednesday and was able to  “thank him in person for his veto of the anti voter initiative bill.” Little told Hough he personally manned his office’s phones last Thursday — the day before the veto — answering calls for over an hour.