Few films pack as much nostalgic punch as the aptly titled A Christmas Story. From the Battle of the Lamp to the Deranged Easter Bunny outfit to the Bumpus’s dogs and their marauding of the holiday turkey, the iconic film directed by Bob Clark and based on the novel In God We Trust, All Others Pay Cash is a staple of the season. 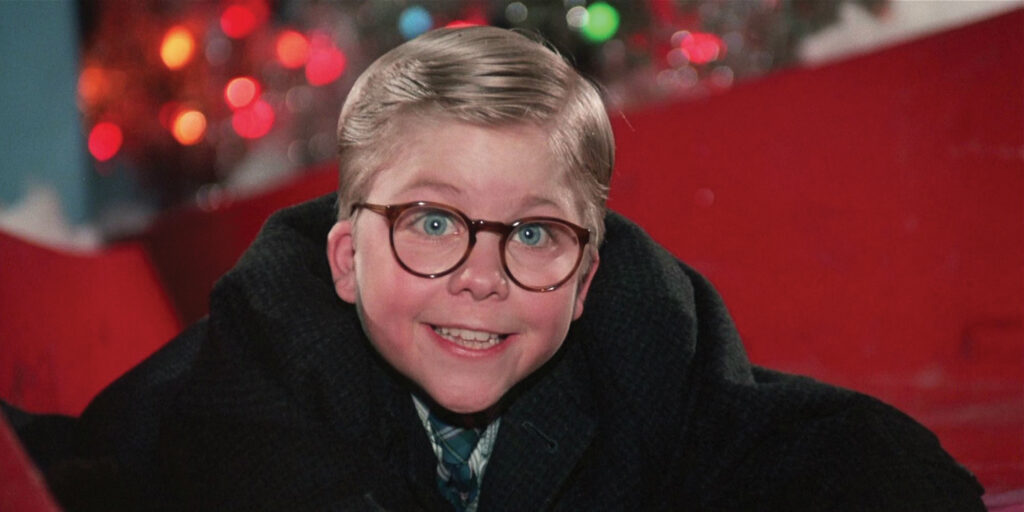 A Christmas Story is so steeped in tradition, that it’s sometimes easy to forget that despite its setting in 1940s Indiana, it’s not all that old — premiering in theaters in 1983. Chalk up its deep associations with the holiday to the timelessness of its themes; that is, the desperate wish for a treasured gift so ferocious that only a child’s imagination could conceive of it.

Indeed, A Christmas Story has probably done more for Red Ryder BB gun sales than any single piece of product marketing ever — despite its all-to-reasonable caution that “you’ll shoot your eye out.”

If any of this is unfamiliar to the reader, we’d be honestly pretty surprised. For the somehow-uninitiated, the film centers on Ralphie, a precocious 9-year-old who wants more than anything to unwrap the above named BB gun on Christmas morning.

Knowing full well that his mother would never allow it — and his grouchy Old Man is too preoccupied with the various hassles of the season to give it much thought — Ralphie engages in a series of hapless subterfuges and subliminal attempts to plant the idea in his parents’ minds that he needs his own trusty “Old Blue” with which to snipe the bad guys and otherwise attain the Red Ryder status that he’s sure should be his.

Populating Ralphie’s world “of kid-dom” are his goofy school pals, his whiny little brother and the various dangers of back alley bullies and intransigent anti-BB gun teachers. Very few things seem to go Ralphie’s way, be it getting good grades on his school essay, evading his nemesis Scott Farkus or otherwise navigating the many obstacles standing between him and his coveted 200-shot repeater.

The result is a series of hilarious screwball misadventures that culminate with the Big Day when Ralphie’s dreams may — or may not — come true.

The Panida Theater will bring this unassailable classic to the big screen Saturday, Dec. 18 at 7 p.m. and Sunday, Dec. 19 at 2:30 p.m. Bonus: Don your favorite Christmas sweater and enter into the prize running for best/worst holiday outfit at both screenings.

If that’s not enough Christmas movie goodness, head to the Panida for screenings Wednesday, Dec. 22 and Thursday, Dec. 23 — both at 7 p.m. — of the beloved Tim Burton holiday creepshow The Nightmare Before Christmas.

The gloriously spooking stop-motion animated film (which is only 10 years younger than A Christmas Story, if you can believe that) tells the story of Jack Skellington, who serves as the skull-faced king of Halloween Town — that is, until he feels like he’s stuck in a seasonal rut and takes some drastic measures to shake things up.

It all goes sideways when, on a nighttime sojourn through the woods Skellington gets sucked through a portal from his own ghoulish domain and into the frosty, brightly lit world of Christmas Town.

There, Jack is transfixed by the sounds and smells of the most festive time of the year, and decides to take it over — supplanting Santa Claus for an ill-fated Halloween-infused version of the holiday that (without necessarily spoiling anything) doesn’t quite go as planned.

Aside from the inventive and beguiling artistic vision, The Nightmare Before Christmas features the distinctive musical score of Burton’s long-time collaborator, Danny Elfman, for an overall effect that is an achievement of the artform as much as it is fun-loving, slightly subversive, take on the “holiday” genre.

Theater capacity for screenings of both A Christmas Story and The Nightmare Before Christmas is limited to 200 audience members per show. Advance tickets are recommended, but not required. The theater management also strongly encourages guests to wear a mask, regardless of vaccine status, while attending performances.