Streaming on Netflix, The Power of the Dog is a psychological Western drama

Films seem to appear out of nowhere these days, popping up with little to no fanfare on various streaming services. That can be good or bad — in the latter case, it’s easy to miss the good ones when they emerge overnight out of the digital cabbage patch; in the former, it sets up the viewer for a truly surprising experience.

The Power of the Dog, which premiered Nov. 17 on Netflix, falls in the “good” category. Strike that, in the “excellent” category.

Based on the 1967 novel of the same name by Thomas Savage and brought to the screen by director Jane Campion, this one’s a doozy — a quiet film that fairly simmers, and whose acts of brutal pettiness compound until they ease into monstrousness. 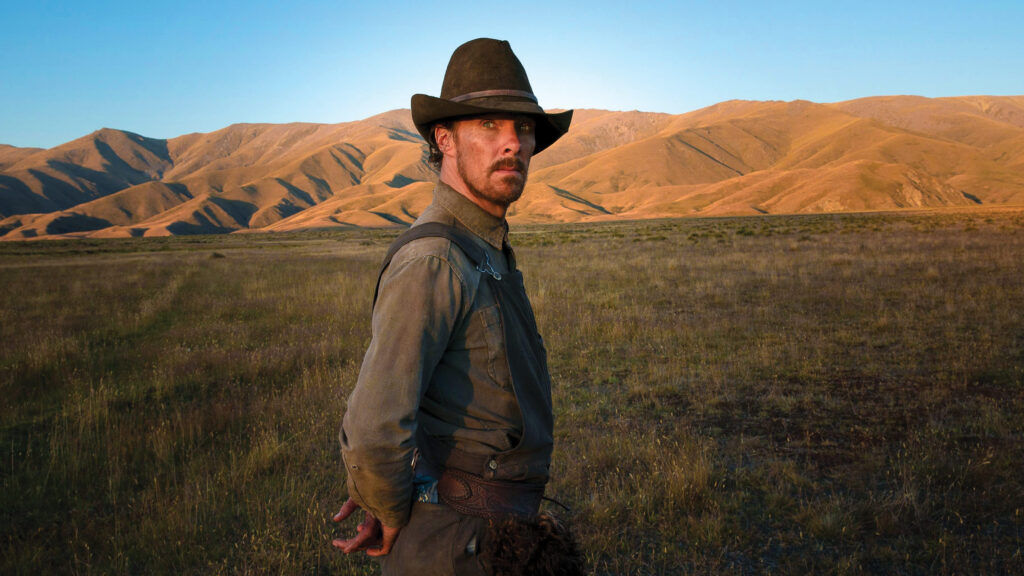 Benedict Cumberbatch in The Power of the Dog.
Courtesy photo.

For my money, this is what makes a “Western” truly first rate: We too often forget just how sinister and violent our history is in this region.

First, a note on genre. Maybe it’s because I grew up in the 1980s and ’90s in North Idaho, when most us had only a handful of channels and all of them seemed stuck in the ’60s or ’70s (Grizzly Adams, Gunsmoke and The Lone Ranger were all still on TV as reruns back then), but I have what I like to think of as a “healthy aversion” to Westerns. All mythologizing, no reality.

We aren’t a lot of generations removed from dirt roads, steam locomotives, stump farms, active displacement of Indigenous people and all other “winning of the West” stuff that makes up the spurs-and-saddle mythos.

Regardless, that so much cultural output can be so close to a historical moment and still be so full of romantic nonsense is as sad as it is impressive.

All this preamble is to say The Power of the Dog drinks deeply (in many cases literally) from the mournful well of Western life, chock full of loneliness, aggression and arrogance, manic striving and the struggle to create an identity out of a relationship with place.

The film focuses on a family of wealthy ranchers in 1920s Montana, running their business from an enormous mansion that rises ominously from the otherwise empty plains. Populating this windswept world of cattle work is a small army of rowdy cowboys lorded over with terrifying intensity by Phil (Benedict Cumberbatch, in what many critics call his finest work to date) and his brother George Burbank (Jesse Plemons), an altogether much softer soul who moons around the ranch in a bowtie and city slicker shoes.

Phil is single-minded in his devotion to the ranch, refusing to wash the dirt and cow pies from his clothes and plunking ominously on his banjo at night. Into their world comes innkeeper Rose Gordon (a widow shattered by the suicide of her hard-drinking husband and played with heart-breaking sorrow by Kirsten Dunst) and her deceptively effete son Peter (Kodi Smit-McPhee).

When George takes Rose as his wife and moves her and Peter to the Burbank spread, Phil sees the newcomers as existential threats not only to the business but his iron grip on the family. His bullying of Rose and Peter plays out with escalating menace, tipping Rose into an alcoholic spiral that only worsens as she sees Phil’s attitude toward Peter morph in complicated ways.

Phil has many secrets stashed away in the wilds outside the ranch and, it turns out, there is much more to Peter than meets the eye.

Critics have raved over the film, giving it a 96% score on Rotten Tomatoes and earning seven nominations in the 2022 Golden Globes, including for best drama, best performances for Cumberbatch and Dunst, and best writing and directing for Campion.

For being essentially a small ensemble film, The Power of the Dog is as expansive and vaguely threatening as its rural Montana setting — these are all large characters inhabiting a vast stage against which their appetites and desires roil them like a prairie storm.