The boom is on but another foreclosure crisis looms

It is hard to believe we have been living with the COVID-19 virus for eight months now. It has become the prism through which we see everything these days: local, state and national politics; the nature of our society; personal relationships; the economy; and even real estate.

Although North Idaho has not been hit as hard by as a lot of other places, there have been so many American deaths from the virus — and with such shattering effects on the economy — it is no longer possible to deny it or wave it all away as a hoax. 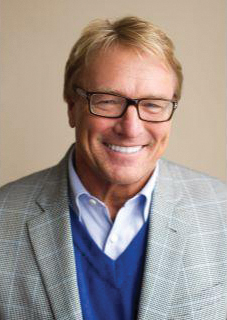 There has been no V-shaped recovery; indeed, hardly any recovery at all for the other 99%. There have been very few sectors of the U.S. economy that have escaped the devastating effects of the shutdown — except for Amazon, home improvement stores like The Home Depot and, apparently, North Idaho real estate.

The price of residential real estate and smaller parcels of vacant land in Bonner and Boundary counties has surged over the past three months. The curve that had been steadily rising these past several years at about 6% annual appreciation has become a straight line upwards: homes I thought were overpriced in April now look like a good buy in August.

Housing nationwide has been a bright spot during the past eight months, but it has been especially strong here. Some factors that contribute to this are:

• The word is out on North Idaho. We have already endured several waves of being “discovered” over the past 20 years. While the colonizers used to be tourists or second-home buyers, and therefore somewhat temporary, now they are becoming more permanent — they are staying year round.

As in some other western states, things have deteriorated to the point where our laid-back Idaho lifestyle and natural beauty are just too attractive. I notice this in the unusual example of properties that did not sell because they were too remote are now selling because they are too remote.

• Interest rates are at historic lows, and the 10-year Treasury bill that greatly influences mortgage rates is at a record low of .45%. Refinance applications are at all-time highs. The Fed has been pumping so much liquidity into the system that the main effect is to inflate the price of homes and land because money is so cheap and so available.

• The market here is “thin” at the best of times; that is, there are limited choices in the housing inventory, which creates a floor for prices. The recent intensified demand has absorbed so many listings that in some categories, there are literally only a handful of properties for buyers to review. In the city of Sandpoint there are 11 listings under $400,000. One under $300,000.

I should point out that this bubble is only in the residential and vacant land sectors: commercial properties have not experienced the same degree of price appreciation. In fact, the factors that are influencing the meteoric rise in residential and land are having the opposite effect on commercial. The future of office buildings and locations for large-seating restaurants, even clothing stores, is questionable.

• The drivers of the ongoing virus scare/civic unrest/remote work from a better place/just get the hell out of ________, will continue to create strong buyer demand and move prices up, right through the November elections. Nevermind the stock market, which has ceased to be a meaningful indicator of the economy, there is an inevitable recession on the horizon. The ripple effects (tidal wave effects?) of the virus on the economy are still coming.

• Mortgage delinquencies hit an all-time high this week, surpassing the 2008 meltdown. The inability to make the mortgage payment is of course brought on by the massive shutdown of the U.S. economy, and only the forbearance initiatives by the government have kept a foreclosure bloom from occurring. For now. That multi-billion dollar can has been kicked down the road, but “forbearance” does not mean “forgiveness” and there will be another foreclosure crisis when the government props are no longer in place. I expect this to occur about March next year.

• In the 2008 boom, there were a ton of vacant land subdivisions of five acre properties that had been approved by Bonner County. The over-supply has been absorbed and the new pricing for a decent five acre parcel has more than doubled to a current median price of about $135,000. Buyers who cannot find what they are looking for in an existing home have turned to new-builds on small acreages as the alternative. In this Post-COVID age, a little land around you to separate from the neighbors is a huge amenity. Land will continue to be a great investment.

• The strength of the real estate market is also evident in Bonners Ferry, Priest River and Clark Fork — it’s not limited to Sandpoint. These communities will continue to be attractive to people abandoning the pressures of today’s urban crisis centers for the beauty and tranquility of North Idaho.

Raphael Barta is an associate broker with Century 21 Riverstone in Sandpoint. He maintains an active practice in residential, land and the commercial markets. Contact him at [email protected]