Tips for a successful and safe huckleberry picking adventure

Perhaps even more famous than the state stone — the star garnet — is another sought-after purple gem found in the mountains of Idaho: huckleberries.

The tart and juicy morsels are a staple of North Idaho summers. By brushing up on some huckleberry picking etiquette and best practices, you can hit the trails knowing your overflowing buckets were filled safely and ethically.

Idaho Panhandle National Forests spokesman Patrick Lair said one huckleberry picking tip stands out above the others: hand pick only the ripe berries to prevent damage to the plant. 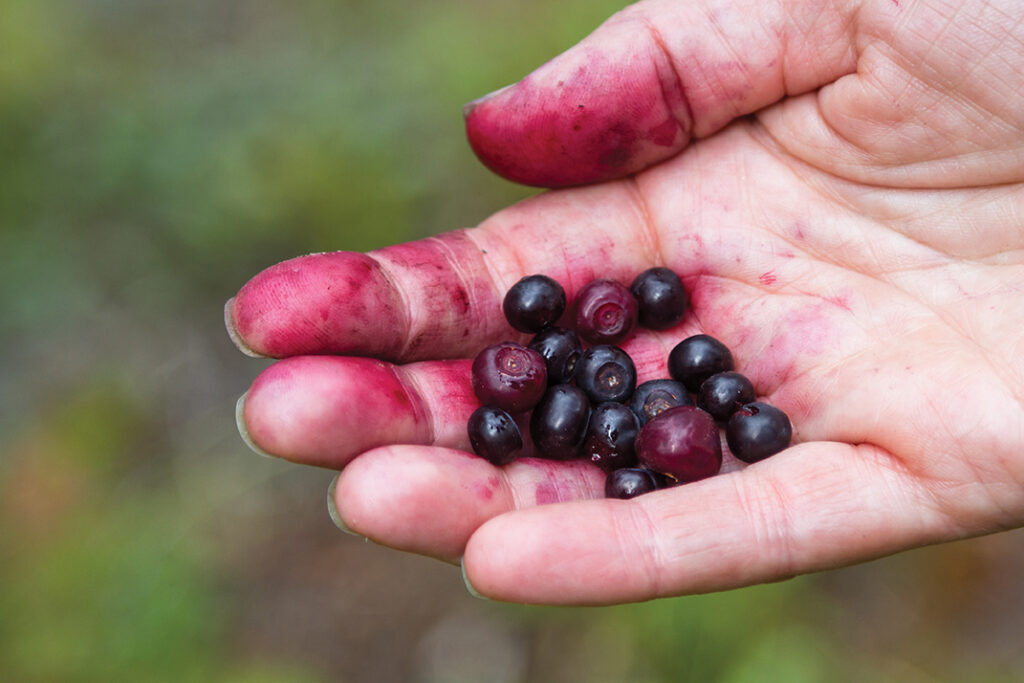 A huckleberry picker is caught red-handed with a few berries. Courtesy photo.

“Huckleberries are such a great resource for people and wildlife,” he said. “If we can all gather them in a sustainable way, we can ensure an abundant source of berries for current and future generations to use and enjoy.”

Lair added that any picking methods that damage or destroy huckleberry bushes are illegal, and could result in a fine for damaging natural resources.

Another tip: It’s frowned upon to be a huckleberry hoarder. Forest Service personnel encourage people to only pick what berries they are able to consume themselves. Lair said IPNF “operates on an ‘honor’ system in which people self-assess and self-manage the quantity they are picking for personal use,” and noted that commercial picking or reselling the berries you pick from public lands is not allowed.

Huckleberry picking also requires a bit of trial-and-error adventure. IPNF does not recommend picking locations — rather, those hungry for huckleberries need to find prize patches on their own.

When seeking that perfect patch, also be sure to find adequate parking. Blocking traffic on mountain roads isn’t safe for anyone.

Finally, humans aren’t the only ones searching for the elusive huckleberry. Lair said “bears love huckleberries and make them a major source of nourishment,” so “huckleberry pickers should always carry bear spray and be bear aware when picking.”

Nothing says North Idaho August like purple-stained fingertips and buckets of shiny round huckleberries. Respect the plants, and strive to keep the tradition alive for years to come.