NEOWISE comet will be in view the next few weeks

If there’s ever been a time to shut off the noise of the terrestrial world and look up to the heavens, now is it.

The comet C/2020 F3 (known as NEOWISE) has been in view in the morning hours before sunrise for the last couple of weeks, but in late-July and early-August, stargazers in northerly latitudes will have an opportunity to see it after sundown. 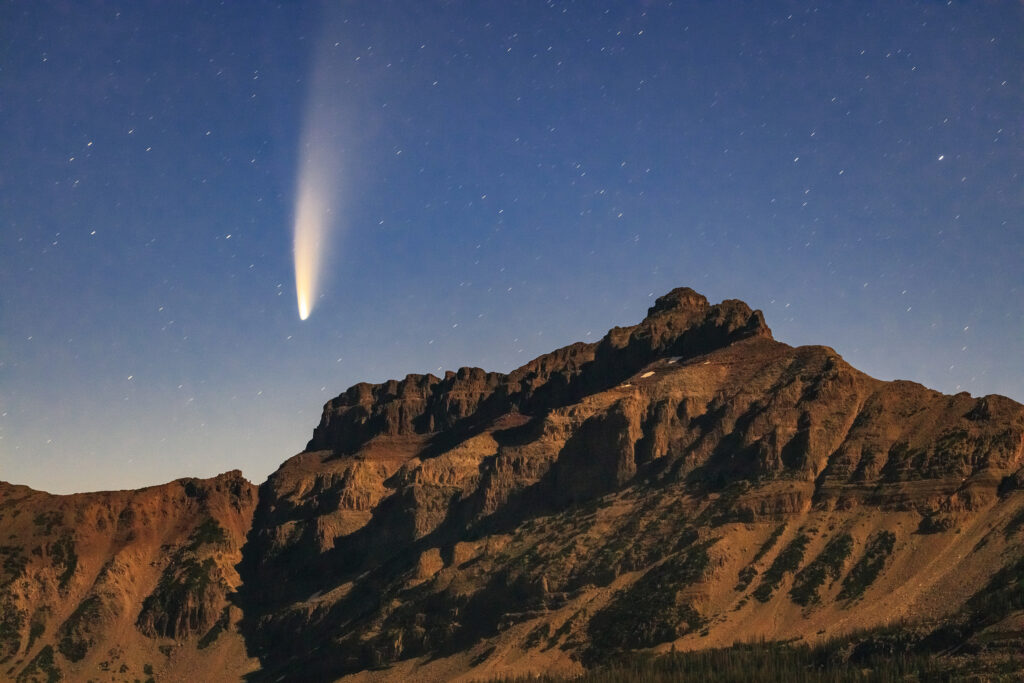 NEOWISE is a three-mile-wide comet that orbits Earth every 6,800 years. So, unless you’re a vampire or have found eternal life elsewhere — and will be around in the year 8786 when it circles back — this will be your first and last chance to catch the celestial object in our night sky.

As of July 12-15, NEOWISE will begin to be visible at dusk, just after sunset. It will appear low on the northwest horizon. After July 15, look just below the Big Dipper to view the comet. Binoculars or a telescope are necessary to see the comet’s tail.

NEOWISE will be closest to Earth from Monday, July 22 to Tuesday, July 23, passing some 64 million miles from our planet. It swung close to the sun on July 3, passing at about 26.7 million miles — a bit closer than the average distance from Mercury’s orbit. Unlike some comets, NEOWISE survived the close encounter with the explosive center of the solar system — some aren’t so lucky and are captured by the sun’s gravitational force, ending their long journeys in a fiery extinction.

NEOWISE will continue to be visible in the night sky after sundown until mid-August, when it begins its 6,800-year journey to the outer reaches of the solar system before returning to Earth.