Mayor, commissioner square off on refugees

Bailey and his fellow commissioners made waves last month when they unanimously passed a resolution opposing refugee resettlement, calling for an improved vetting process. In response, former Mayor Carrie Logan and new Mayor Shelby Rognstad drafted a council resolution welcoming properly vetted refugees. On Tuesday, Rognstad and Bailey had a chance to discuss their differences face-to-face on the KRFY “Morning Show” with hosts Suzy Prez and Chris Bessler.

Their conversation highlighted one constant in the issue: Both sides feel mischaracterized. Those opposed to resettlement bristle at accusations of bigotry or intolerance, saying their concerns are rooted in risks to national security rather than cultural or religious prejudice. Likewise, many supporting refugee resettlement feel opponents have mischaracterized the nature of the resettlement program, leading to undue paranoia over Muslims and Middle Easterners. 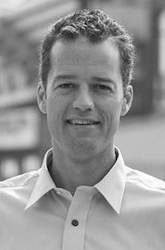 This theme emerged right from the start of Bailey and Rognstad’s conversation. In his opening remarks, Bailey said conservatives have been unfairly branded bigots for their concerns over a real security threat.

Holes in vetting process present a legitimate security threat, Bailey said. ISIS’ own declaration of intent to infiltrate countries with terrorists and refugee involvement in crimes make the threat graver still, he added. While Bailey said commissioners have no authority to influence the resettlement program, they wanted to add their voice to the call for stronger vetting.

“We did not call for a complete stop [to resettlement] interminably,” Bailey continued. “We want that … reviewing process to be looked at.”

Rognstad replied that Sandpoint officials also want to protect resident security. However, he said U.S. wars in the Middle East have contributed to the unrest that has produced these humanitarian crises. Considering the limited number of refugees the U.S. has resettled and the overall success of the program, Rognstad believes it’s wrong to overlook the country’s responsibility.  While Rognstad acknowledged the vetting process should be improved any way it can, it’s not an excuse to abandon moral duties.

“That doesn’t mean we need to throw our humanity out the window and give up on our longstanding tradition of tolerance, human rights and acceptance,” he said. 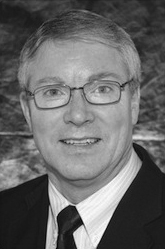 The council resolution was meant to be an expression of those values, but some opposed to the measure found it inflammatory. They especially took issue to resolution language, that said some responses to recent terrorist attacks have inflamed racism and bigotry, bringing to mind historic intolerant groups like the Nazis or Ku Klux Klan.

“I would challenge you to find any comments that are racist or discriminatory in the county’s resolution or the governor’s letter,” Bailey said.

While those controversial sections of the resolution are now removed, Rognstad countered that he believed the spirit behind recent officials’ statements have fueled discriminatory sentiment, especially given the anti-Islamic comments from the public they provoked. He took particular issue with calls for a complete stop to resettlement.

“I think it’s unreasonable to suggest we halt the program entirely,” he said.

Much the discussion centered on the efficacy of existing screening processes, with Rognstad emphasizing its success and Bailey pointing out its flaws. Bailey also pointed to European countries like Germany that have problems with refugee integration. Rognstad replied that the U.S. resettlement process is unlikely to reproduce problems experienced in European countries, which are burdened with many illegal refugees.

Ultimately, Rognstad and Bailey agreed the city and county measures were simply symbolic. While the refugee issue has proven divisive, both said they were committed to cooperating on economic development and adding to local jobs.

To listen to the full podcast, visit https://www.krfy.org/podcast/ and find the Jan. 19 posting. Keep up with the “Morning Show” every Tuesday by tuning in at 8 a.m. to 88.5 KRFY FM.