The food of the American Revolution

Today, America’s Independence Day on July 4 is celebrated by a number of traditions hearkening back to the country’s founding and the war that helped push America into its independence. 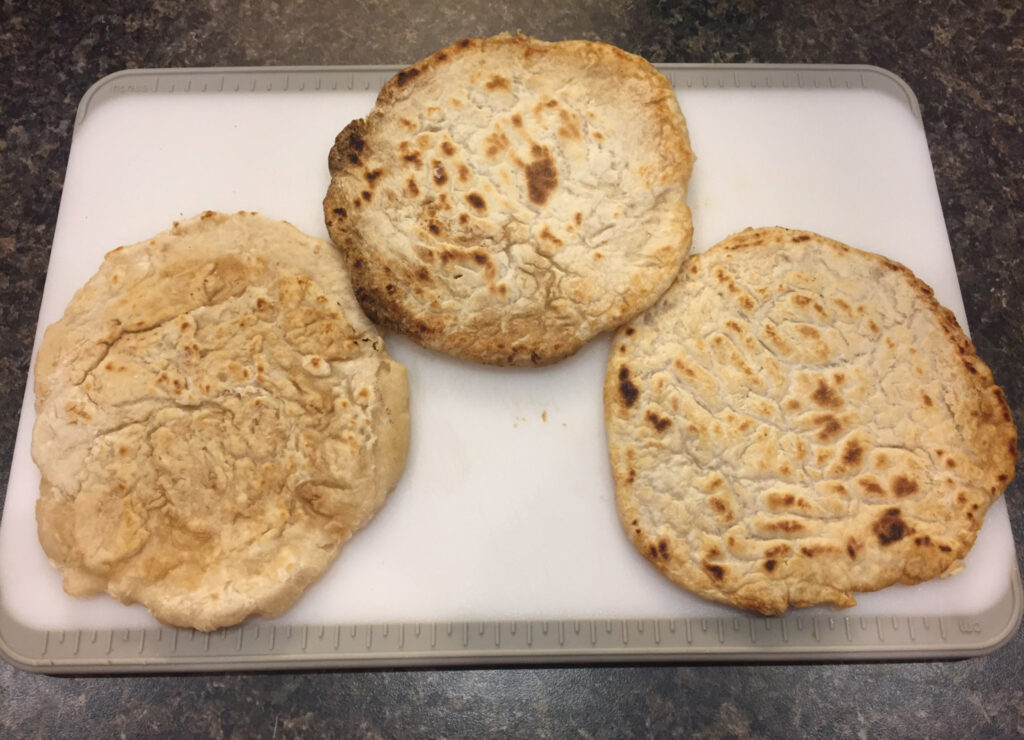 An example of firecake, a staple of the American Revolution diet. Courtesy photo.

The fireworks we see at night are more than a simple celebration, but a reminder of the sights and sounds of the early revolutionaries. Thunderous booms evoke the crash of cannon fire, the whistling of bottle rockets replicating the shriek of near-miss projectiles, and the billowing smoke of fountains bring us straight to the front lines, where black powder muskets and cannons spewed smoke thick enough to cover the entire battlefield in a fog of death.

On this yearly celebration, we also gorge ourselves on a feast of barbecued meats, grilled corn and copious amounts of cheap beer. This part of the celebration is hardly reminiscent of what the actual revolutionaries endured throughout, and even after the war.

At the time of the American Revolution, heavy rationing was in place to ensure the colonies would be able to not only endure the war, but survive to build a country in the wake of it. Most soldiers were afforded a daily ration of a pound of meat — often pork or beef and salted to the extreme for the sake of preservation — some hardtack in lieu of bread, and a handful of peas or beans. These rations grew smaller as the war continued on, especially throughout the winter of 1777-1778, which stretched on for over six months and ruined an entire year of crop-growing.

During the depths of this winter, a desperate form of food was concocted by the revolutionaries. Dubbed firecake, it was a bland mixture of flour and water cooked over a fire. If you want a modern equivalent of firecake, it’s fairly easy to acquire. Simply hit up your local grocery store, find some unfrosted toaster pastries — the dry, boxed kind, not the flaky, fluffy frozen strudels — and scrape out any of the jelly filling, then char over an open flame.

American food during the Revolutionary War was essentially dog food when you compare it to what the British troops had access to at the time — or at least, what the British troops should have had access to. The British Empire was the largest empire the world has ever seen, with control of huge swaths of land throughout the Caribbean, most of North America, a great deal of Africa as well as India and a number of footholds throughout eastern Asia, including the major hub of Hong Kong. Additionally, there were even some forces throughout revolutionary America that remained loyal to the crown, and would offer up their homes and farms to the British army.

Such an expansive reach over every corner of the world meant that the empire had access to a great quantity and variety of different food types, as well as morale-boosting alcohol — the most popular of which was rum, imported from the Caribbean, India and Africa.

However, due to the remoteness of the conflict, as well as a seemingly perpetual state of war with France, the British Empire’s logistical handling of the American Revolution was shoddy at best. This poor planning forced British soldiers into conditions identical to that of the American revolutionaries, but with the disadvantage of being an occupying force on foreign soil.

If you crave historical accuracy in your Fourth of July celebrations, one particular food was pivotal for American victory in the war. Curiously, it is also a beloved condiment still used in the United Kingdom, though it has fallen greatly out of favor in mainstream American cuisine.

Vinegar played a very important part in the American Revolution, particularly for the revolutionaries. While the British army relied on vast, seemingly unending supplies of rum from the Caribbean, American marksmen utilized the antimicrobial effects of vinegar to sterilize their water without boiling it, as well as using it as a tangy condiment to spice their foods.

America would fall out of love with the flavor of vinegar, particularly as it gained sugar-heavy states like Florida. Vast sugar plantations would forever change the way Americans ate, largely for the worse. In more recent years, the vast quantity of sugar production has shifted to producing high fructose corn syrup, which comes from sweetcorn farmed throughout the American midwest.

However, if you want some authentic 1776 taste with your pound of smoked pork, ditch the sugary soda and grab a bottle of malt vinegar — if it’s a bit much, don’t worry: ketchup is produced from vinegar and delivers a sweetness and a tanginess that is unique to America’s favorite red condiment.

If you want to go a step further, you could always try some firecake or hard-tack, but you’re really just better off going with a classic light and fluffy bun. Gluten-free for me, please!

This year, while you watch the splash of colors across the sky, hear the screeching cacophony of bottle rockets whizzing by your face and chew on some grilled meat or veggies of your choice, try to imagine what it must have been like over two centuries ago: the British march towards you, muskets loaded and primed, the thunder of cannon fire in the near-distance. You reach for your field rations, perhaps your last meal before a chunk of metal the size of your thumb may rip through your body.

Crunchy, chewy, and salty: just the way grand-dad used to make it.