‘Through the Lens of History’

Erik Daarstad has spent his career telling other people’s stories. Now, he finally gets to share his own.

In his new book “Through the Lens of History,” the noted cinematographer and supporter of local arts reflects on the narratives he’s encountered throughout a 65-year career in film. But it’s also Daarstad’s own story, a chronicle of the experiences that shaped a man who would shape countless images over the years. 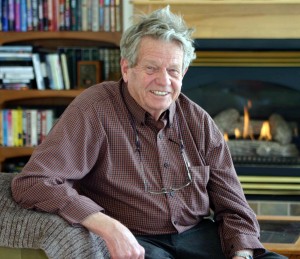 “For the past 60 years, I have always felt [a thrill] by seeing life unfold and stories told … by looking through that magic square,” Daarstad writes.

Over nearly 600 pages and dozens of photos, Daarstad details his life, starting with his 1935 birth in Norway. His first vivid memory, the Nazi occupation of Norway, sets an immediate tone with its attention to detail. The book then explores his passion for photography and film that led him to start work as a cinematographer in Los Angeles in 1954. It was the beginning of a career that would produce hundreds of documentaries, seven Oscar nominations and one Oscar win for the 1968 film “Why Man Creates.”

In one amusing anecdote, he remembers meeting influential conservative politician Barry Goldwater for a news magazine show. While setting up the shot, Daarstad asked Goldwater to move to the left. “I only move to the right,” the senator replied with a wink and smile.

“Even though I disagreed with his politics, I could enjoy his sense of humor,” Daarstad remembers.

Joseph Campbell, the famed mythology theorist whose work influenced modern-day mythologies like “Star Wars,” is yet another fascinating personality framed by Daarstad’s camera. While interviewing him for the documentary “Joseph Campbell: The Hero’s Journey,” Daarstad and the rest of the production team spent time with the scholar shortly before his death.

“He treated everyone as if they were the most important person in the world,” Daarstad writes. 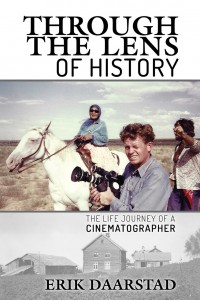 If encounters with personalities like Goldwater and Campbell are intriguing, even more compelling is the momentous history that Daarstad experienced. Traveling everywhere from the obscure corners of America to Africa to Greenland, he obtained a unique perspective on the American Civil Rights Movement, the Cold War, the Vietnam War, the September 11 attacks and the Iraq War.

Daarstad’s work allowed him to see history and humanity from a unique angle. His work on the screen has enlightened audiences more more than half a century. In “Through the Lens of History,” Daarstad may have changed mediums, but his commitment to truth-telling remains the same.

Daarstad’s new book is produced in association with Keokee Publishing, which is hosting a reception and book signing to celebrate the new release, from 4:30-6:30 p.m. Tuesday, Dec. 15, at the Keokee offices at 405 Church Street in downtown Sandpoint. Everyone is invited to come meet the author, get a signed copy and enjoy light refreshments.