Bonner County commissioners approved an amendment to the county’s land use code June 23, allowing for the expansion of natural resource-based, legal non-conforming uses — such as mining — within parcel boundaries established when the county adopted its revised code in 2008.

Previously, grandfathered mining operations fell under legal non-conforming uses allowed to expand only 10% at a time without a conditional use permit. The amendment lifts that limitation for natural resource-based uses, provided they obtain an approved Idaho Department of Lands Reclamation plan. With that plan in place, a natural resource operation could expand well beyond 10%, provided it passes muster with IDL and other regulatory agencies.

Jeremy Grimm of Whiskey Rock Planning + Consulting represented applicants Matthew Linscott, Mark Linscott, Matt Peak and Mike Peak — owners of mines in Bonner County — during the hearing. Grimm emphasized the importance of the amendment in clarifying what it means to expand legal non-conforming use in a natural resource-based business like mining.

“We’re here today because that continued interpretation is a bit up in the air, and we want to bring clarity and certainty for my clients for the continued use of these mines,” Grimm said. 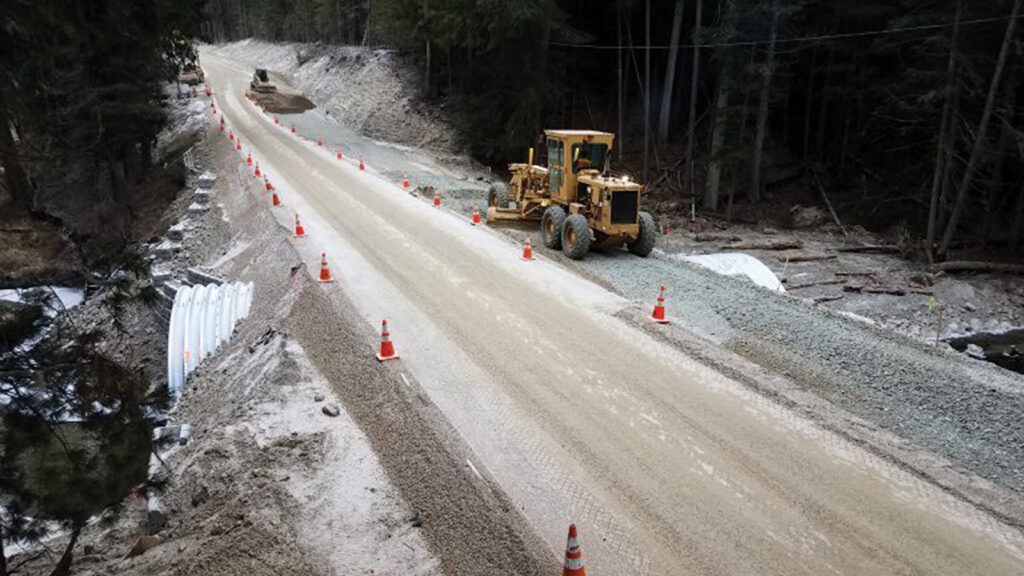 The amendment would add language to county code in an effort to address natural resource extraction and move up the grandfathered use date from Dec. 9, 1981 to Nov. 18, 2008, locking in the parcel sizes as recorded on that date.

Planning staff, along with the county’s planning commission, recommended denial of the amendment on the grounds that it used “vague and overly broad” language and did not comply with the portion of the Bonner County Comprehensive Plan that states: “Impacts to other properties shall be taken into account when considering land use proposals, policies and codes.”

“This text amendment is proposed with the limitation that the legal non-conforming resource-based uses be allowed to expand only with an Idaho Department of Lands approved Reclamation Plan,” the staff report reads. “However … an [IDL] Reclamation Plan is not sufficient and unlikely to address all concerns related to public health and safety.”

That proved to be a sticking point for those who spoke against the amendment during the June 23 hearing. Opponents also expressed concerns about the Linscotts’ involvement in the amendment proposal, due to the family’s previous involvement in legal battles that brought up their gravel pit’s compliance with state and county code.

“This is not about a specific mine or a specific location,” Grimm said. “This decision will impact dozens and dozens of essential mines in Bonner County.”

Commissioners Dan McDonald and Steve Bradshaw both voted in favor of the amendment despite the recommendations to deny from both staff and the planning commission, with McDonald stating that it seemed “clear” that “these gravel pits that have been operating for quite some time are grandfathered in to be allowed to go to the extent” of their parcel boundaries.

“For me, it’s important that the county stays within its lane on all of this,” McDonald added.

Commissioner Jeff Connolly was absent from the hearing, which also included input from Deputy Prosecutor Bill Wilson, who served as legal counsel to the board.

“I think this is a perfect example of how reasonable minds can disagree about what ‘accordance with the comprehensive plan’ means,” Wilson said.

To learn more about the amendment and stay apprised of other planning and zoning proposals in Bonner County, visit bonnercountyid.gov/departments/planning/current-projects.