The yellow fever epidemic of 1793

Philadelphia — home of the Phillies, the Liberty Bell and the Fresh Prince. In 1793, it was also the epicenter of one of the worst epidemics America has ever faced. A mere decade after the conclusion of the Revolutionary War, a young Philadelphia faced a brutally hot and humid summer; and, with it, prime conditions for the spread of a fast-acting and deadly disease: yellow fever. 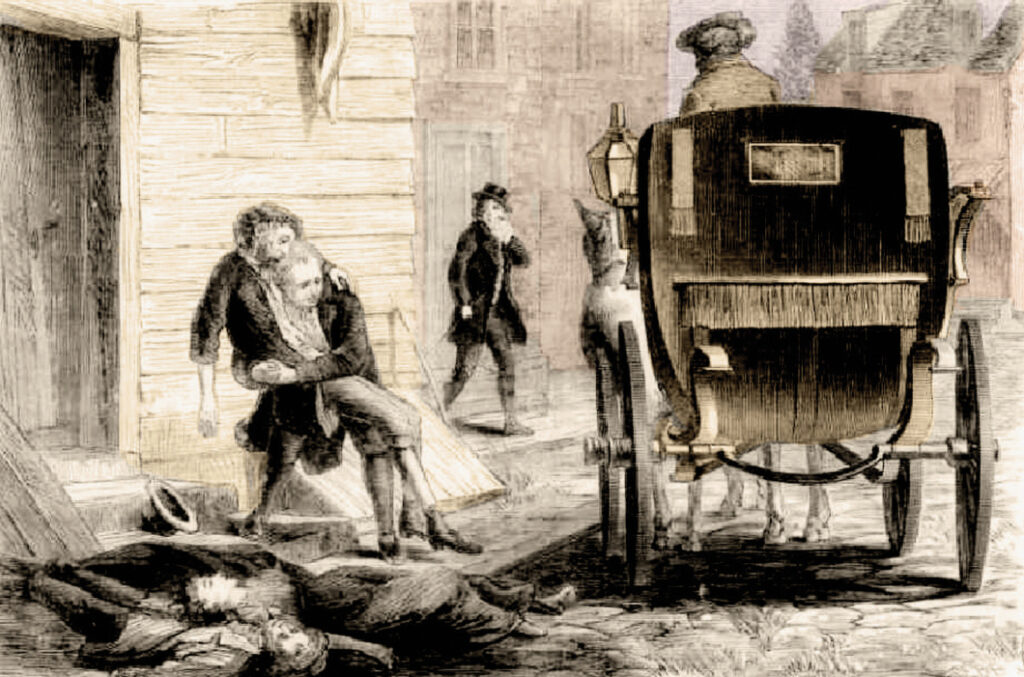 As we now know, yellow fever is caused by a virus spread by mosquitoes. Most cases are mild, manifesting symptoms like headaches, fever, nausea and vomiting. Sometimes these discomforts get considerably worse, leading to vomit blackened by blood and liver failure, which causes jaundice, a yellowing of the skin, from which the disease earned its name. Nowadays, yellow fever is rare in the United States, especially around here where our long and harsh winters send those little flying bloodsuckers straight to the great dark beyond. However, if you plan on traveling to South America, the Centers for Disease Control and Prevention recommends you get a yellow fever vaccine before your departure.

Our understanding of microbiology and how diseases spread in 2020 is considerably more advanced than the medical knowledge of 1793, which was another major contributor to why the epidemic of the time was so lethal. In addition to our contemporary understanding, our sanitization practices and infrastructure have also vastly improved. Indoor plumbing and filtered running water help reduce the spread of diseases that could add unnecessary complications to a yellow fever infection — a luxury most of the population back then critically lacked.

Regardless, despite these innovations, humans are still human, and the societal ways in which we deal with disease — especially widespread epidemics, or pandemics, in the case of COVID-19, remain largely unchanged from the early days of the republic.

In 1793, what passed for a prevailing theory of disease transmission was the medieval idea of miasma — that bad air and stinky smells were how diseases spread. This caused some unusual behaviors during the epidemic, such as richer citizens covering their faces with pieces of cloth dampened by mixtures of vinegar and tobacco, which did absolutely nothing to stem a disease spread by mosquito bites. Interestingly, the principle of voluntary social distancing came into play during the outbreak, as citizens kept apart from one another and avoided physical greetings like shaking hands.

(Bonus fact: The first historical documentation of the high-five as we know it was in 1977, though its origins date to African-American jazz culture during the 1920s, evolving from the low-five, which was a sort of alternative handshake and show of solidarity between Black Americans at the time.)

Returning to the epidemic, Philadelphia’s population was considerably smaller than it is today. Yet, at least 5,000 people were recorded to have died from the disease, accounting for about 10% of the city’s population in 1793. This must have appeared apocalyptic at the time, as more than 20,000 people fled the city in a panic. That reduction in population caused the overall death toll to rise from 10% to as high as 30% of the city’s residents as the epidemic wore on.

The wealthiest citizens in the nation’s first capital city were the first to leave, including multiple signatories of the Declaration of Independence such as George Washington, Thomas Jefferson and Alexander Hamilton — the latter actually contracted the disease but survived only to die in a duel 11 years later. (The guy also had a hugely successful musical made about his life and death in 2015, as well as having his likeness appear on the $10 bill, so surviving a deadly epidemic was just one small feather in his cap.)

As is common throughout history, the poorer residents were unable to flee and were left to endure not only the disease, but the economic repercussions of living in a city that no one wanted to be in. Among them were thousands of free Black men and women.

Scientific belief at the time, which we know to be severely misguided, rested on two key falsehoods: that yellow fever had infected the city via a trade ship from Haiti, and that Blacks had some genetic trait that provided immunity to the disease. This stemmed from the fact that many Blacks in tropical places, such as Haiti, were not affected by the disease. This is likely because people living in tropical climates had already been infected by the disease at one point or another and had developed an immunity — something the Black residents of Philadelphia did not have, as exposure to the disease that far north was rare.

Despite being stuck in the city and tasked with what can only be described as an extremely unfair duty, the free men and women rose to the occasion and adopted the mantle of health care workers throughout the epidemic, saving untold lives and receiving very little thanks for it. Many white doctors at the time received the most attention for their work, despite presenting myriad “cures” and treatments that had little to no scientific merit and blatantly didn’t work.

The epidemic concluded as winter fell on Philadelphia and the mosquito population was either ushered southward or froze to death, but its mark was left on our fledgling nation amid the turmoil of not one, but six conflicts. Yeah, 1776 gets all of the glory, but our country fought three other wars and three rebellions before 1800 — a combined half of them occurring at the same time as the yellow fever epidemic.

No one said starting a country was easy. Stay healthy and curious, 7B.