If I’ve learned anything in the past three years of running this newspaper, it’s that I have so much to learn about the news industry.

Given that attempts to delegitimize journalism have infiltrated the top echelon of our country’s politics (remember, President Donald Trump once called the news media the “enemy of the American people”), now is a more important time than ever to practice good media literacy.

What is media literacy?

According to the The Media Literacy Project: “Media literacy is the ability to access, analyze, evaluate and create media. Media literate youth and adults are better able to understand the complex messages we receive from television, radio, internet, newspapers, magazines, books, billboards, video games, music and all other forms of media.” 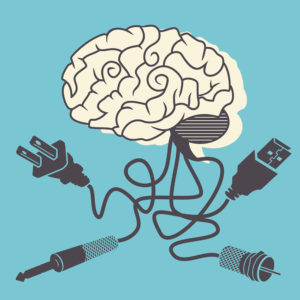 In other words, it’s a way to evaluate whether that article your friend sent you is actually for real, or just more internet fodder. It is important to distinguish real fake news (did I really just type that?) from real news that some call fake because they don’t agree with the facts or conclusion of the story.

While it’s important for people of all ages to practice media literacy, it’s especially important for teenagers and young adults to build healthy habits that can help them evaluate the veracity of a news story throughout their life.

How to practice media literacy

There are no surefire ways to determine whether a story is legitimate or not, but there are steps you can take to separate agenda-driven articles from straight news stories.

1. How did you receive the article? Was it sent to you from a friend on social media? Just because someone has promoted an article on social media doesn’t prove that it’s inherently true or false. You must use your own deductive skills to track down the original source of the article. Find the original author and determine whether they cited sources or not. Often, a “fake news” article will use a real story as a foundation, then fill out the story with a separate series of “facts” to help reinforce a pre-determined point. Also, check the URL for where this came from. Some websites work hard to hide their charlatan ways with official-sounding URLs, but as a rule, any URL with a .co address is suspect since that extension usually refers to global commercial endeavors.

2. What was your response when you saw the story? Fake news often uses a tactic to incite anger, fear or mistrust from the headline, so it’s important to read past the headline and get to the bottom of what the story is about. Often you’ll find the headline is unsupported by the article.

Brooke Gladstone, cohost and managing editor of WNYC’s “On the Media” sums it up well: “Crucially, if a story makes you angry, it’s probably designed to do that. It’s a sign that you’re getting manipulated for one reason or another.” A good news story will present the facts and allow the reader to make their decisions whether to be angry, fearful or distrustful.

3. Who benefits from the article? This is an important point. Look up the name of the author or the website from which the article came. Can you find information about the company easily? Are there lots of stories without bylines attached? Does the company present a narrow, specific agenda? When you recognize who benefits from an article, you often recognize whether the article is based on fact or conjured from assumptions.

4. Check your bias. Look, we all have bias. Anyone who says they are 100-percent unbiased is either a liar or a fool. But, journalists have been trained to avoid their own bias when writing a news article. Trust me, we work hard at this, because you, our dear readers, usually call us on it when we fail. For readers, it’s much easier to point out “falsehoods” when the article doesn’t reinforce their own point of view. If you recognize this fact, you’re one step ahead of the rest.

To reiterate the point about fake news, it is not simply a story you don’t agree with. Fake news is a story based on false pretenses that deliberately attempts to persuade the reader one direction or another. Again, President Trump’s attempts to redefine “fake news” into a term that describes a story he doesn’t agree with muddies these waters, but don’t be fooled by the elementary wordplay.

5. Cross-reference your sources. Check to see how the story is being reported with other publications? Do they follow the same conclusions or is one source dramatically different then another? Also, try to determine whether the person being interviewed is a credible source or that their expertise is even relevant to the story. Some cable news channels have come under fire recently for trotting out a so-called “expert” on a program, only to find out later the person is not what they say they are.

When in doubt, rely on your school or public library, which are both great sources for real news. Also, the non-political website PolitiFact has been a trustworthy fact-checking source for many years.

Another tool that can be helpful is to step out of your comfort zone and purposely seek out stories from a news source that you aren’t likely to agree with. While we usually are unable to break out of our accustomed bubble, there are times when you’ll concede a point or two. Congratulations, that means you aren’t a stubborn mule after all.

6. If something is suspect, don’t re-share it. Nearly a quarter of Americans say they have shared fake news online, sometimes unknowingly. When you come across a story that is suspect, or you can’t verify the source information well enough to suit you, err on the safe side and don’t re-share it. By keeping yourself in check, you can help stop the virality of unverifiable news in its tracks.

7. Is it opinion or news? This is an important one. Often we’ll hear from readers who call our news reporting biased because they read an opinion editorial in our newspaper. Opinions, by their very nature, are biased. They are subjective. They are a tool of a writer to express their opinions. While the best opinion writers base their writing on factual information, don’t trust what someone writes in an op-ed. They have a stake in the game.

In contrast, newswriting is crucially devoid of opinion. The writer never refers to him or herself. The writer never includes an assumption not based on fact. While they may quote from sources who ultimately could be proven wrong, a news writer’s job is to present the facts and allow the reader to determine the outcome of the article.

How do you determine opinion from news in the Reader? It’s simple. Look at the top of the page. If it says NEWS, it’s news. If it says OPINION, or PERSPECTIVES or anything else, really, it’s not news and doesn’t follow the same diligent guidelines that newswriting does. This article, for example, would be considered an opinion, though I’ve sourced many of these points. Also, for further edification, when a byline appears in the Reader, it helps narrow down who the writer is. For myself, Cameron and Lyndsie, we all write under the READER STAFF byline. For those who send in stories from time to time, they are referred to as READER CONTRIBUTORS. For those who regularly write a column, they are known as READER COLUMNISTS.

When we base a story primarily on a press release, the byline simply reads READER STAFF. That means we didn’t change a substantial amount of information in the story to warrant adding a new byline. But we did go through the release and insure whether the claims made are accurate and fair.

The only header that is a bit of a gray area is when we do a FEATURE, which is a more in-depth article. FEATURES use many of the same fact-gathering and investigative steps that NEWS stories use, but the author’s voice is more often reflective and personal. This is to help the story read and flow better, and also because some of the topics covered in a feature are not exactly newsworthy in themselves, but serve as analyses to further explain a topic.

If we utilize good media literacy in 2018, we take back our ownership of the media. Remember,  an independent and free press is absolutely essential to the health of our nation. Help the press stay independent by not trafficking in fake news. You’ll feel better about it, trust me. Or rather, verify my points and then trust me.