‘Live @ the Office’ with John Craigie 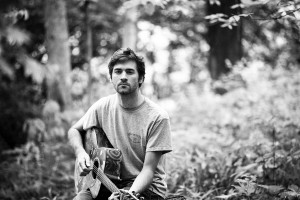 We’ll be hosting John Craigie in the Sandpoint Reader office for our monthly “Live @ The Office” concert this Sunday, June 28 at 6 p.m.

If you haven’t been to a “Live @ The Office” show yet, you’re in for a treat for this show. John Craigie has been touring around the nation for so many years, he’s established these little “Craigie Communities” all over the country, of which Sandpoint is one of the strongest.

First brought to Sandpoint while playing with the native Shook Twins, Craigie has built up a strong local fan base.

His performance is one part folk music, one part comedy, one part storytelling hour, and one part damn good songwriting. The thing that continually amazes me about Craigie is that, after seeing dozens of his shows, no two are alike. His stories never seem to repeat, his material is constantly refreshed from a life spent on the road as  a modern day troubadour.

A prolific songwriter and touring act, Craigie has released an average of one album per year for the past decade and has just recently added the new sound of a hollow body electric guitar to his repertoire.

At the Reader’s “Live @ The Office” shows, you are allowed an up-close and personal interaction with the featured artist. The sound is crystal clear and intimate, with Jesse Gunn of Pinky Haus Studios donating his time and energy to run the sound and record each show for sale as a line of albums the Reader has been releasing since the beginning of the concert series.

Another sponsor of the event is community radio station KRFY 88.5 FM, which takes the recordings from Gunn and airs the content on their local music spotlight hours.

The best news? We’re expecting a hot weekend, and we’ll have the air conditioning cranked in the room, so come in, escape the heat and listen to Craigie spin his yarns.

Tickets are $10 each and are expected to go fast. This show will sell out. You can come into the Reader office and purchase tickets in advance to guarantee your seat.
Catch John Craigie at two different shows this weekend; Sat., June 27 at the Panida Theater at 8 p.m., and “Live @ The Office” at the Sandpoint Reader offices at 111 Cedar St. on Sun., June 28, 6 p.m.