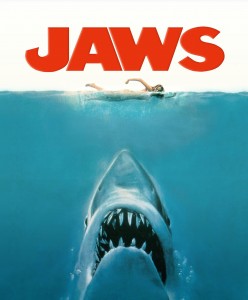 Jaws by the lake is kicking off summer and giving patrons one last chance to see the old ceiling before the theater closes for two months to restore it.

Executive Director, Patricia Walker invites everyone to come in and take a last picture before the original 1927 plaster comes down and enjoy this classic movie away from the hot weather.

• “Jaws” was the first summer blockbuster and started that trend.

• The famous line “You’re gonna need a bigger boat” was an ad-lib by Roy Scheider.

• Charlton Heston was considered for the role of Brody. When Spielberg decided to go with another actor Heston was reportedly so furious that he refused to ever work with the director.

• The model shark wasn’t tested in water before production. When it was eventually placed in the ocean it swiftly sank.