It’s time to ‘Add the Words’

I am often asked why I serve in the Idaho Senate. Why, as a Democrat in Idaho, would I choose the Idaho legislature?  There are easier ways to be involved. There are ways to see much faster progress on issues. So why do I serve? 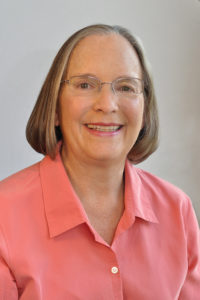 In January of 2015, after years of requests, the Idaho House State Affairs committee finally conducted a public hearing on a bill to add the words “sexual orientation” and “gender identity” to the Idaho Human Rights Act. This hearing had been sought for eight years by a broad coalition across the state on behalf of the only people in Idaho without protections under the Act. Race is protected, gender is protected, religion is protected, age is protected, disability is protected. Everyone in Idaho enjoys protections except our LGBTQ family members, friends and neighbors.

I listened to story after story of people who had been fired, lost housing or had been denied service not because of inability, unpaid rent or disruption in places of business, but simply because of who they are or who they love. I was awed by the courage it took for people without these protections to testify. They were literally risking their jobs, homes, and well-being in order to convey the importance of equal treatment under the law.

I heard business leaders talk about the harm this lack of protection does to companies’ ability to attract talent, and how it harms Idaho’s national reputation. I listened to parents and grandparents speak of their love for their children, and their hopes for them to be treated equally under the law. I am one of those grandparents, full of love and admiration for a strength that I can only aspire to one day.

After days of listening to this compelling, sometimes heart-wrenching, testimony only the four Democratic members of the committee voted to move the bill forward. All 13 of the other committee members voted against it. So now, four years after the hearing and 12 years after the subject was first broached, there are still no protections.

In delivering the majority opinion in Obergefell v. Hodges, Justice Anthony Kennedy wrote “The Constitution promises liberty to all within its reach, a liberty that includes certain specific rights that allow persons, within a lawful realm, to define and express their identity.” ALL Idahoans have the right to liberty under the constitution. It is unlawful for Idaho lawmakers to ignore necessary protections that would offer relief to those who are suffering.

That is why I introduced Senate Bill 1015, to add the words. With the co-sponsorship of many of my Democratic caucus colleagues, I hope to right the wrongs of the past. It is long past time to offer equal protections to all Idahoans. The progress has been slow. But awareness is being raised. Polls have shown 78 percent of Idahoans favor protections. Our positions offer us the ability to keep these issues front and center, to continue the fight for equality until it is attained. And that is why I serve.