How the west was written

Novelist Larry McMurtry rides off into the sunset at 84

Stories of the American West should come with a disclaimer: “Warning, what you are about to read is probably a load of bull, but who cares, pardner? Enjoy the ride.” 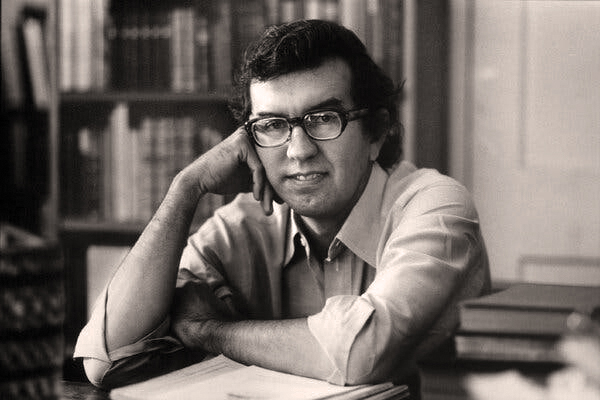 For generations, Western novelists have constructed a facade of what it meant to live and die in the West. Filled with ham-fisted plot lines injected with moral justifications for violence against “the others,” (whether they are outlaws, Native Americans, crooked lawmen or nature itself), the genre often grows stagnant until a new voice gets things moving.

When Larry McMurtry came along, he painted a new portrait of the West. Gone was the romantic claptrap of dime-store novels, the fanciful cowboys protecting a culture that was dead before they were even born. McMurtry gave rise to a movement in the genre known loosely as the “anti-Western,” a formal rebuke of the myth of the cowboy that flipped these trite stories on their head.

McMurtry, 84, died on March 25 from congestive heart failure at his home in Archer City, Texas. He left behind more than 30 novels and books of essays, memoir and history, and 30 screenplays.

In his masterpiece Lonesome Dove — an 843-page novel about two retired Texas Rangers seeking a new life by driving a herd of cattle north to Montana — McMurtry gave birth to characters like Woodrow Call and Gus McCrae, who redefined the modern anti-hero. Neither of them were “good” or “bad,” just flawed men waking each morning and saddling themselves with another 24 hours of baggage that life hands you on the prairie.

The novel would go on to win McMurtry the Pulitzer Prize and spawn a popular TV mini-series and handful of lesser-known remakes that never quite captured the glory of his words on the page. It remains to be one of the best stories ever put to paper, in any genre.

But McMurtry was never a one-trick pony. The Last Picture Show was a rose that grew out of the desert, depicting a sad Texas town as it struggled to keep its one movie house alive as its residents battled with the foregone conclusion that the modern world was coming to their town. The film adaptation from this book won an Oscar, as did his screenplay of the tragic forbidden love story Brokeback Mountain, in which Heath Ledger and Jake Gyllenhaal acted their hearts out in this fresh look at queer love in the American West.

What made McMurtry a great writer was not only his sharp storylines, but his tight, punctuated dialogue that breathed life into every character. His villains are dark, haunting and murky. His heroes are flawed and damaged. The morals that emerged from his stories were few and far between, instead relying on the arc of the characters in their big, big world to suggest to the reader that not everything has to happen for a reason. Sometimes people die, horses fall over cliffs and good men are gunned down by a stray bullet.

What McMurtry also did was create a lexicon of memorable female characters in a genre that often glossed them over, relegating their appearances either in the form of raucous whores or busybody school marms. McMurtry’s women were something altogether different. In Terms of Endearment, his self-centered widow Aurora Greenway (played by Shirley Maclaine in the film adaptation) was someone everything could relate to, but nobody had ever met before.

“Only a saint could live with me, and I can’t live with a saint,” Greenway said in the book. “Older men aren’t up to me, and younger men aren’t interested.”

Often snubbed by literary critics who generally panned the Western genre as low-rent entertainment, McMurtry took it all in good stride, reportedly wearing a T-shirt that read “Minor Regional Novelist” to troll the critics who refused to let him have a seat at the table.

There have been other writers who have maintained their position firmly on the edge of dark Western writing — Cormac McCarthy, Elmore Leonard, Terry Johnston, Charles Portis and B. Traven. But McMurty did his thing with an elegance and familiarity that meant anyone could follow along, whether they’re fans of the genre or not. He will be remembered by his words, but also because he lived his life on the outside.