It’s not often you find an artist just as interested in abstract paintings as they are in realism. But Bruce Duykers isn’t your average artist. 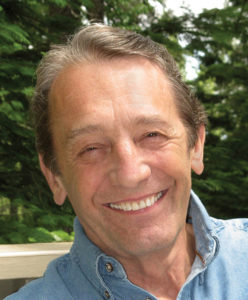 There will be an artist reception showcasing 18 of Duykers’ original paintings at the Pend d’Oreille Winery Saturday, March 9 from 5 to 8 p.m. Dustin Drennen will also be playing live music to accompany the show.

Duykers first got his start in art at the American Academy of Art in Chicago where he studied realism, watercolors and other forms.

“I didn’t take their painting class, though, because I was more interested in making a living once I got out of art school,” said Duykers. “I knew there were a lot of guys painting fine art and starving to death. I didn’t want to starve.”

Duykers began a career working in advertising art first at a large agency in Chicago and later in San Francisco where he worked on layout, lettering, creative ideas and the like for national TV commercials.

“Then, I started doing something people told me I should have done 10 years prior,” Duykers said. “I became a voiceover actor for television commercials and moved back to Chicago.”

After 15 years and thousands of commercials, Duykers retired and moved out west, where he began to work on his own art. 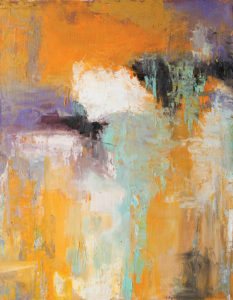 One of Duykers’ abstract pieces entitled “Fall Colors” which will be on display at the Pend d’Oreille Winery Saturday, March 23 from 5-8 p.m.

“I did layout and drawings of stuff you see on TV to get you to buy it,” he said. “That flies in the face of trying to be creative. The ad biz didn’t help me do a damn thing with my art.”

It was after moving to Montana when Duykers began working on his own creative art, first in western style paintings and gravitating toward plein air pieces, and eventually abstract.

“Abstract is like jazz,” Duykers said. “You go away from the tune a little bit and do a little scatting and hey, it’s kind of interesting. But it isn’t a can of soup and it isn’t a bunch of guys riding horses and roping cattle.”

While Duykers’ works are a mix of realism and abstract pieces, he said he’s interested to get more into abstract and watercolor in the near future.

Check out Bruce Duykers’ work on the cover of this week’s Reader, and see the rest at his artist’s reception Saturday, March 9 from 5-8 p.m. at the Pend d’Oreille Winery. Dustin Drennen will also play live music from 5-8 p.m.