Local home builder Scott Herndon announced June 23 that he is seeking the Republican nomination for the Idaho Senate in District 1, a seat currently held by Sen. Jim Woodward, R-Sagle.

According to a media release, Herndon is running “on a firm belief that now is the time for liberty-minded patriots to take their country back on the state and local levels.” 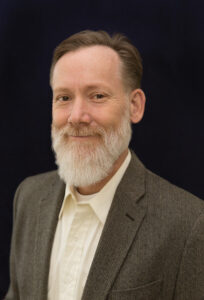 “Our Founding Fathers had a vision for this country — free, sovereign states that govern themselves with minimal federal intrusion,” he stated. “Decisions made by the people most concerned with the results.”

The media release went on to state that “while the Idaho House of Representatives is genuinely conservative, many good bills get killed in the Idaho Senate.”

Herndon’s platform and poltical record are deeply pro-life and pro-Second Amendment. In 2020, Herndon authored a change to the Idaho Republican Party platform to outlaw all abortion in Idaho, without exceptions. He also wrote HB 56, another anti-abortion bill, introduced in 2021.

Herndon is continuing his legal challenge of the ban on firearms at The Festival at Sandpoint, teaming up with the Idaho Second Amendment Alliance and the Second Amendment Foundation in the suit. While a judge ruled June 1 in favor of The Festival and city of Sandpoint, Herndon told the Reader at the time that he would continue to stand with other plaintiffs “in any appeals or other actions, as every single one of our team is committed to upholding the God-given right of protecting ourselves and our families and resisting any erosion of those rights as codified in the Second Amendment and in the Idaho Constitution.”

As a private citizen, Herndon has authored two legislative bills that were signed into Idaho law. In 2020, HB 438 rescinded a state requirement that newborns receive a germicide in their eyes after birth, and in 2021, HB 104 expanded campaign finance disclosure requirements.

“I’ve spent years building homes for residents of Bonner and Boundary counties,” he said. “Now, I want to help build a freer Idaho in the State Senate.”