Sandpoint City Council members took up a trio of land use-related items during their July 7 regular meeting, including development of a little utilized piece of city-owned property north of the Schweitzer roundabout, a presentation on an “income-based local housing program” from the Bonner County Housing Agency and a permit application from Pend Oreille Pedalers to construct a new trail in the Sandpoint watershed — the latter which the council unanimously voted to approve. 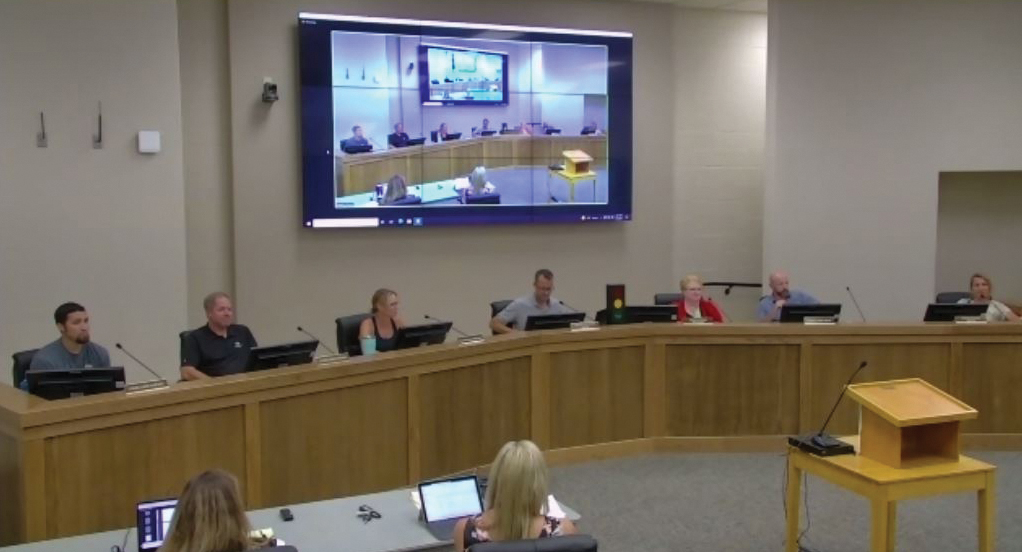 Currently accessible only to pedestrians via Maddie Lane from the westerly-adjacent Cedars at Sand Creek housing development, Wilson said the goal is to make the property more readily available either by extending Maddie Lane or creating a new access point off the Schweitzer Cutoff/Boyer Avenue roundabout, though the terrain in that latter option is steep and much more difficult to engineer.

Regardless, “In the coming weeks we anticipate seeing the clearing of some trees to facilitate the construction of the road,” Wilson said.

The site runs up against Sand Creek to the east, making it an ideal shallow-water recreation area for both children and dogs, city officials said.

“We all know that quality housing is hard to find at a price that local workers can afford,” Hart said, adding that his organization had previously focused on helping house individuals at the lowest income levels.

“[But] what about locals with good jobs, who have modest savings and perform critical services?” he said. “Now they are shut out of the housing market.”

The reasons for that, Hart said, are twofold: any available housing is snapped up immediately by out-of-town buyers, often sight unseen and far above market value; and local homeowners, seeing the sky-high market, offering their properties for sale at commensurately extreme prices.

“Resort towns across the country are troubled by these house prices that bypass the local workforce,” Hart said.

Meanwhile, the income-based local housing program aims to “reverse engineer” housing so it’s affordable and only available to locals.

Assuming that “we don’t want locals to spend more than 30% of their income on housing,” Hart noted that the area median income for a four-person household is $64,500. With 20% down on a 3% interest loan, that could leverage $306,000 toward the purchase price.

“Some homes should be priced on what local workers can afford, not what the market can bear,” Hart said. “This middle market is where we can make the biggest impact.”

The program relies on current owners signing up to make their land available for development, which in turn adds value to the property and, effectively, “these projects are funded by the project itself,” Hart said, adding that the Bonner County Housing Agency provides customized budgets and site plans at no cost to participating landowners, though they are under no obligation to use those budgets or plans, nor are they required to built a specific product.

Ultimately, though, “Each home in our program is meant to meet the needs of specific types of buyers,” Hart said.

Finally, Pend Oreille Pedalers Executive Director Jason Welker, who also serves as chair of the Sandpoint Planning and Zoning Commission, presented council members with a plan to develop a 2.4-mile single-track hiking/biking trail in the Sandpoint watershed, located at the southern base of Schweitzer Mountain.

“This has been a well-over-a-year process,” Welker said, noting that feedback has been overwhelmingly positive, with 111 comments in favor, none neutral and none against.

City Council members voted unanimously to approve Phase 1 of POP’s plan, which Welker estimated would be completed in the space of 10 to 14 weeks. Phase 2 is planned for 2022, including 2.5 miles of lower basin downhill and flow trails. From 2023-2025, POP envisions the so-called “Watershed Crest Trail,” running 12 miles from Uleda Ridge to Baldy and down into the lower basin.

“We believe that recreation is compatible with conservation,” Welker said, adding that getting people out onto the trails, “it becomes less likely that it will be developed for some other use.”