The Festival at Sandpoint announced another performer for the 2021 concert series: Gladys Knight will headline the show Thursday, Aug. 5. 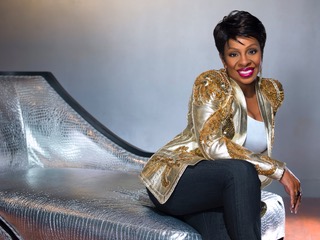 Gladys Knight will play the Festival at Sandpoint on Aug. 5, 2021. Courtesy photo.

Very few singers over the past 50 years have matched Knight’s unassailable artistry. A seven-time Grammy award winner, Knight has enjoyed No. 1 hits in pop, gospel, R&B and adult contemporary categories, and has triumphed in film, television and live performances. She earned a star on the Hollywood Walk of Fame in 1995 and the next year Gladys Knight & The Pips were inducted into the Rock ’n’ Roll Hall of Fame.

Knight published an autobiography Between Each Line of Pain and Glory (a line taken from her million-selling recording “Best Thing That Ever Happened to Me”) in 1997 and a year later she and The Pips were presented with the Lifetime Achievement Award from the Rhythm & Blues Hall of Fame. Knight was also awarded the Lifetime Achievement Award at the annual BET Awards ceremony.

Tickets for Gladys Knight are $69.95 for general admission and $94.95 for early entry. Gates open at 6 p.m. and music begins at 7:30 p.m. For more information and tickets, please visit festivalatsandpoint.com.