Full Draw Film Tour, which highlights the stories of bowhunters, to play the Panida Theater

When it comes to the insane thrill of bowhunting, if you know, you know.

Those who know — and even those who don’t, but who want to get a taste — can enjoy several films about bowhunting on the big screen on Thursday, May 12 as the Panida Theater hosts the Full Draw Film Tour at 7 p.m.

“Our filmmakers are real people, and sharing their stories of real adventure makes it easy for the audience to relate to the film,” said Jade Helmich, owner of the Full Draw Film Tour. 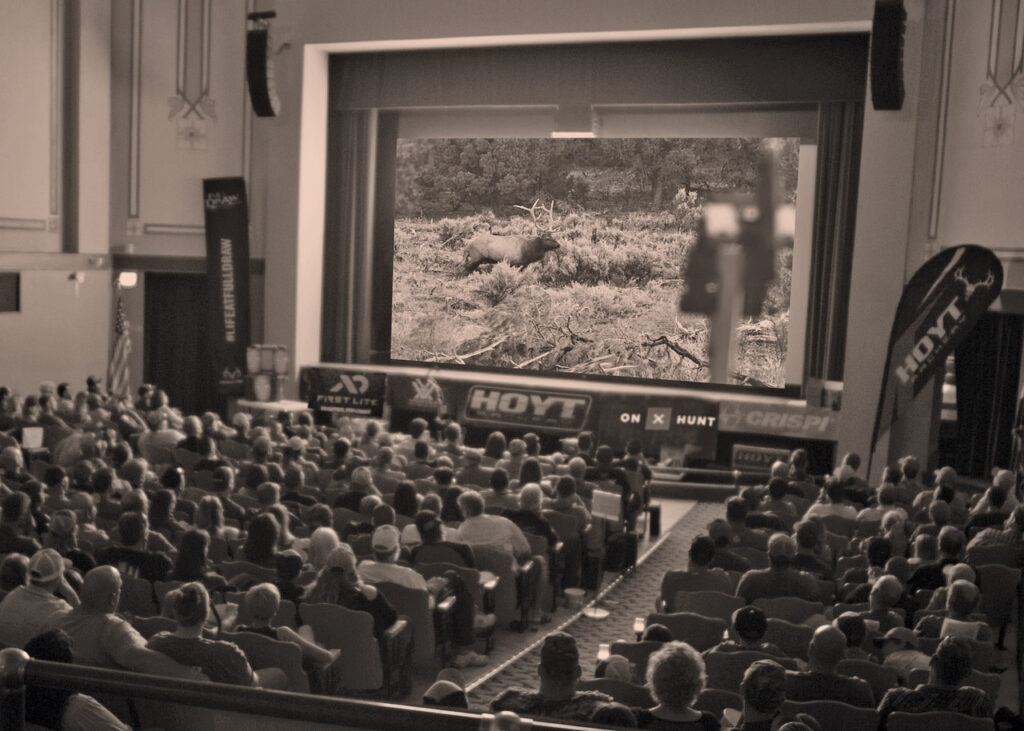 Courtesy photo from a past Full Draw showing.

For the 2022 tour, bowhunters and filmmakers have captured exhilarating moments while tackling some of the roughest terrain in the world, all in the name of sharing the story of the hunt. Bow hunting is all about close encounters, so viewers will be treated to up-close-and-personal shots of elk, moose and more.

Beyond stories of harvesting big game, Full Draw shares human stories about families and friends pushing their physical and mental limits to partake in long-standing traditions and further the conservation efforts that hunting supports.

For Helmich, the impetus for bringing these stories to audiences also stems from her own experience in the outdoors.

“Growing up hunting and fishing has had a positive impact on my life and appreciation for nature,” she told the Reader. “I feel that sharing other outdoorsmen’s and women’s stories can help fulfill that appreciation for others and ignite it for those that might not be as active.”

Full Draw Film Tour attendees will also get a chance to win some new gear at the event, which is presented by onX Hunt, a GPS mapping program the public can use to navigate the land they’re hunting.

The Full Draw Film Tour also presents an opportunity for a new generation to fall in love with the adrenaline and tradition of big game hunting. Helmich said something she looks forward to each time the tour shows is seeing people of all ages enjoy the stories.

“I love seeing families at the show, and the smiles on all the kids’ faces for getting to see the films and be with their parents,” she said.